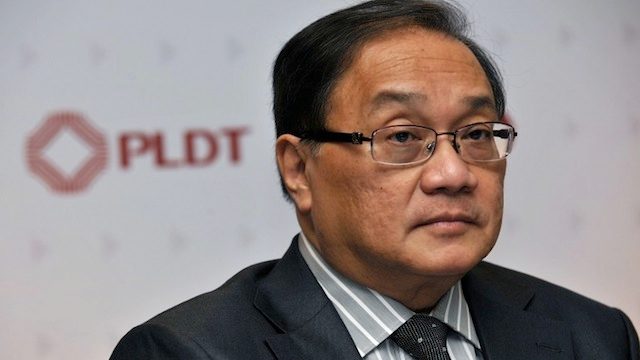 Facebook Twitter Copy URL
Copied
With the availability of free voice over Internet protocol (VoIP) services like Viber, are long-distance telephone calls a thing of the past?

PLDT told the Philippine Stock Exchange (PSE) that its board of directors approved its new corporate name which will still be subject to approval by its shareholders and the Securities and Exchange Commission.

Following its incorporation in 1928, PLDT said its current corporate name has been reflective of the traditional fixed line telecommunications business that it engaged in for several years. (READ: PH telcos, TV networks ride double-edged digital wave)

“However, the company’s business has evolved such that its revenues are no longer mainly from its long distance toll revenue business, but are now largely from its expanded business portfolio that includes wireless telecommunications, data, broadband, and information technology services and other related value added services,” PLDT said in a PSE disclosure.

With declining legacy businesses, PLDT chairman and CEO Manuel V. Pangilinan had said data will remain as the main engine of growth.

The whole organization of PLDT – structure and staff – has been oriented to turn on a digital pivot, its chief said.

“This will take time to bear fruit – perhaps 3 years of critical adjustments. Consequently, our revenue mix and EBITDA margins will change – more data revenues, lower margins on data services. As well, profitability levels for PLDT will need to be reset to a new baseline starting in 2016,” Pangilinan said.

The chief of PLDT also took part in a series of engagements with Silicon Valley leaders and partners, which comes amid the telco’s efforts to become the country’s leading digital company.

With Internet-based video chat and conferencing set to become the dominant mode of communication, what PLDT and other telcos can do in the meantime is to milk legacy businesses by converging broadband and traditional services.

“All that said,  I can say that we are off to a good start, with encouraging signs from sequential revenue trends and test results of network quality that are showing sustained improvements,” Pangilinan said.

For the PLDT chief, a lot has yet to be done. “The digital world is vast, dynamic, and complex but we’ve done it before and we can do it again.” – Rappler.com