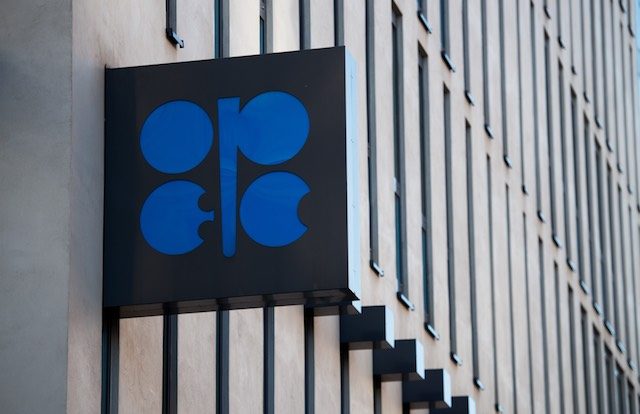 DOHA, Qatar – The world’s top oil producers failed to reach agreement on capping output in Doha Sunday, April 17, amid a standoff between Saudi Arabia and Iran and raising fears about how markets will react.

“The general conclusion was that we need more time to consult among ourselves in OPEC and non-OPEC producers,” Sada said.

Rivalry between OPEC and regional heavyweights Saudi Arabia and Iran appear to have prevented a deal despite the 6-hour formal meeting between 18 producers.

Iran boycotted the meeting after refusing to abide by any production freeze agreement saying it wants to raise its output to pre-sanctions levels.

Asked if Iran was at the center of discussions which included non-OPEC Russia, the world’s top producer, Sada said that Tehran’s participation would have made any freeze more effective.

“We respect their (Iran’s) position… certainly a freeze will be more effective if major producers including Iran are included,” said Sada.

“That would help rebalance the market.”

Saudi deputy crown prince Mohamed bin Salman had insisted that Riyadh will not accept a freeze in production without Iran’s participation.

Sada said that no date was fixed for any meeting in the future among oil producers, adding they needed to have more consultations.

The impact of the failure of the much-anticipated meeting on prices could be catastrophic.

The Qatari minister however tried to play down the full impact on crude prices, saying that the oil market fundamentals have improved since February when Saudi Arabia, Russia, Venezuela, and Qatar struck an initial agreement on the freeze.

Sada said he expected the prices to be more responsive to fundamentals rather than to sentiment.

The meeting aimed at capping output to reduce a production glut in the market that sent prices crashing.

Talks were delayed by several hours after some countries demanded changes to a draft agreement that calls for freezing production until October, a delegate told Agence France-Presse.

The delegate said a “small team of experts” was assigned to make the changes before the ministers went into the official meeting in the afternoon.

Nations inside and outside the Organization of the Petroleum Exporting Countries are anxious to stem a market nosedive that has cost exporters billions in lost revenue.

Iran won’t ‘give up’ production

Saudi Arabia has insisted all major producers must be on board for the freeze to work, including fellow OPEC member and regional rival Iran.

But Tehran, which has boosted production following the lifting of sanctions under its nuclear deal with world powers, has rejected any talk of a freeze.

Iran had initially said its OPEC representative would participate in the talks but on Sunday, Oil Minister Bijan Zanganeh announced Tehran would send no delegation at all.

“The Doha meeting is for people who want to participate in the production freeze plan… but since Iran isn’t expected to sign up to the plan the presence of an Iranian representative isn’t necessary,” Zanganeh was quoted as saying by the Shana news agency.

“Iran will in no way give up its historic production quota,” Zanganeh said.

OPEC said on Wednesday that Iranian oil production in March was 3.3 million bpd, up from 2.9 million in January, but still short of its pre-embargo level of around 4.0 million.

Saudi Arabia has refused to cut production despite the price fall, as it seeks to drive less-competitive players, especially US shale producers, out of the market.

Oil prices had tumbled on Friday, April 15, as traders bet that the meeting in Doha will yield no effective measures to curb the global oversupply.

On Thursday, April 14, the International Energy Agency had warned against expecting too much from the Doha talks, saying that the meeting would have only a “limited” impact on supplies. – Omar Hassan Abdulla and David Harding, AFP / Rappler.com