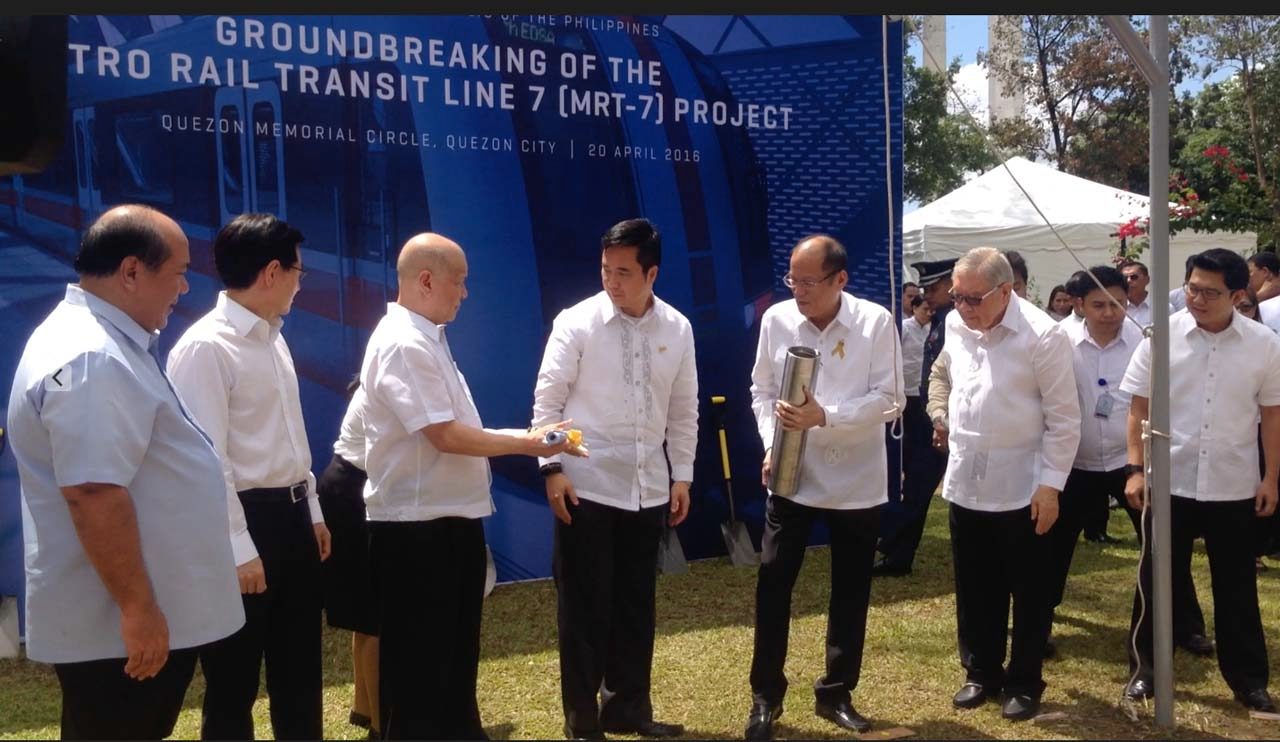 Facebook Twitter Copy URL
Copied
Once MRT7 is built, it will only take Bulacan-based commuters 30 minutes to reach Quezon City, from the current two hours

MANILA, Philippines – The construction of the P69.3-billion ($1.54-billion) Metro Rail Transit Line 7 (MRT7) finally started on Wednesday, April 20, more than 7 years after the government signed the contract for the new railway project.

The MRT7, which links the northern outskirts of the Philippine capital, will be built by the consortium of San Miguel Corporation (SMC).

In 2008, the transportation department signed a contract with SMC-backed Universal LRT Corporation BVI Limited (ULC) to undertake the construction of the railway system.

At the groundbreaking ceremony for the project at the Quezon Memorial Circle, President Benigno Aquino III explained why it took so long to begin construction for the project.

To recall, the project was delayed because of two reasons: the proponent’s failure to secure a performance undertaking from the finance department and a row over a component of the deal. (READ: After 7 years, San Miguel unit to start building MRT7)

San Miguel expects to complete the 23-kilometer elevated railway from North Avenue in Quezon City to San Jose del Monte in Bulacan “by 2020.”

It will have 14 stations and an expected initial daily capacity of 350,000 passengers.

It will be connected to the existing MRT3 and Light Rail Transit Line 1 (LRT1) via a common station at EDSA.

During peak hours, the MRT7 is seen to accommodate 28,000 passengers per hour and per direction – scalable to 38,000.

Ultimately, San Miguel said the MRT7 is targeting to serve over 800,000 passengers, daily.

A long road ahead 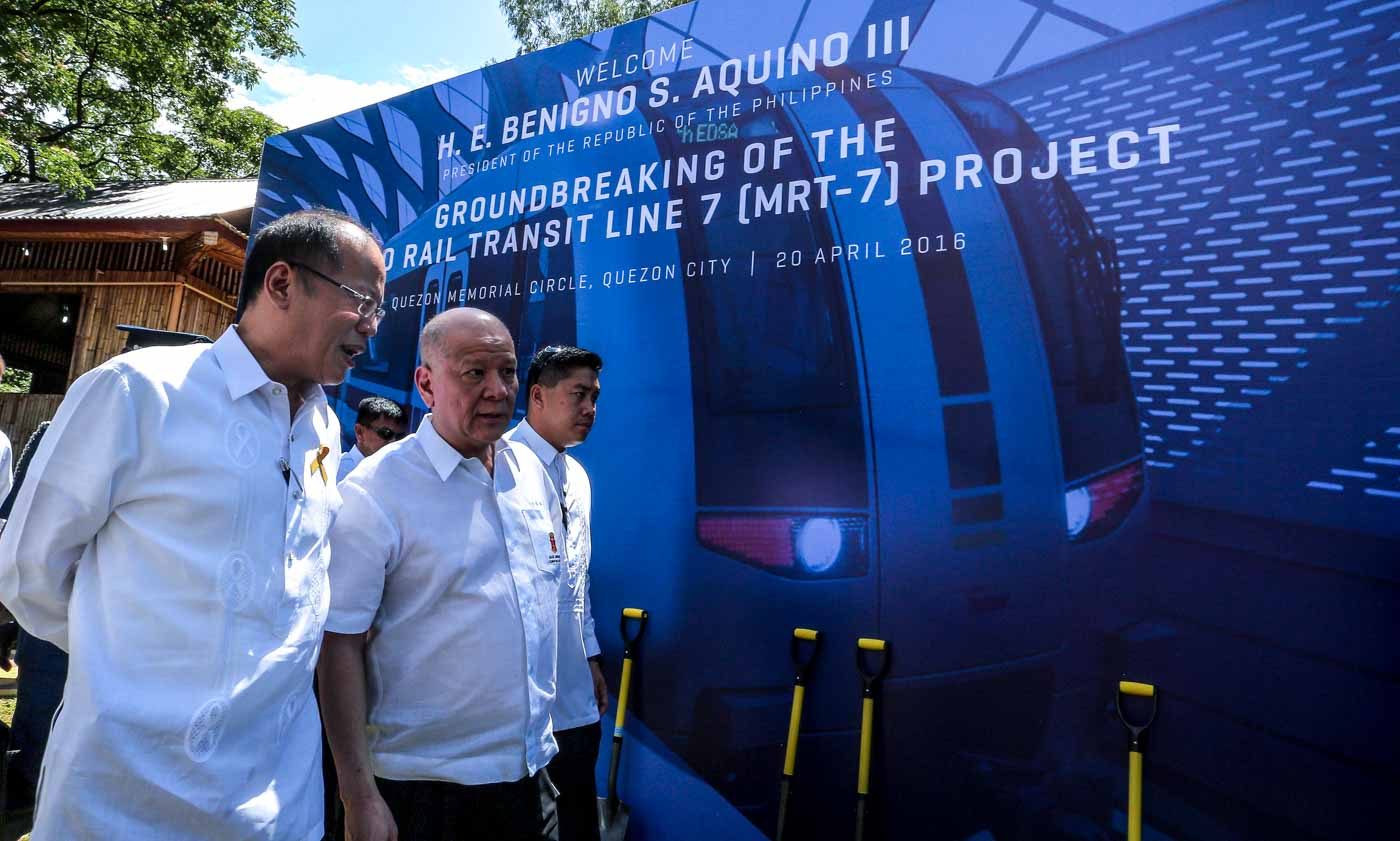 But the groundbreaking of the railway project does not ensure smooth-sailing construction.

Ang told reporters on the sidelines of the ceremony that the transportation department has not fully delivered right-of-way acquisition yet.

“We’ll start construction today in those available areas where we can start already, like the highway portion, its right of way has been delivered. But most areas, it’s difficult to get permits,” Ang said.

Once the MRT7 is built, commuters from Bulacan to Quezon City can cut their travel time to 30 minutes from the current two hours.

According to Ang, the MRT7 also has a road component, a 23-kilometer stretch that will start at the Balagtas Interchange of the North Luzon Expressway (NLEX) and end in an intermodal terminal in San Jose Del Monte, Bulacan.

“This will provide provincial buses with an alternate route to San Jose and will help decongest EDSA,” Ang said.

San Miguel will be involved in the financing, design, construction, operation, and maintenance of the project.

The diversified conglomerate even formed SMC MRT 7 Incorporated, a P10-billion ($216.47-million) company that will hold its controlling interest in the MRT7 project.

As part of the concession, San Miguel will also build a depot in San Jose del Monte that will house a control center, administrative offices, a warehouse, and facilities for train cars.

The new facilities are expected to be completed within 3 to 4 years.

Aquino said in his speech that his successor will inaugurate the MRT7.

By that time, the President added, he would be a private citizen enjoying a “quiet” life in his home province.

Aquino added that as a private citizen, he will personally drive through the NLEX and then veer towards the Bocaue Interchange to take the 22-kilometer highway to San Jose del Monte.