May 16, 2016 7:00 PM PHT
Rappler.com
Facebook Twitter Copy URL
Copied
These assets, which could be for sale next year, include one of the world's largest geothermal operations 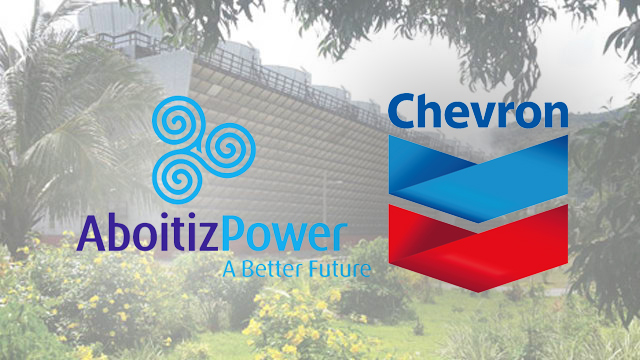 MANILA, Philippines – Aboitiz Power Corporation (AboitizPower) is interested in bidding for the geothermal assets of US-based energy giant Chevron, as it prepares to ramp up its generating capacity to 4,000 megawatts (MW).

“We are always on the lookout for opportunities. I guess when that time comes, when the notice of offer is out, then probably that is something we will be looking out for,” said AboitizPower CEO Erramon Aboitiz on Monday, May 16, following the firm’s annual stockholders’ meeting.

“At this point, we are waiting for formal advice,” he added.

Chevron, the second largest US oil producer, said last March that it was considering selling its geothermal assets in Asia, particularly in Indonesia and the Philippines. The assets were valued at $3 billion (P139.3 billion).

Chevron is seeking buyers for its stake in an Indonesia oil and natural gas field that may fetch about $1 billion (P46.44 billion).

It owns the Salak fields in Indonesia, one of the largest geothermal operations in the world with a total operating capacity of 377MW.

AboitizPower is one of the Philippines’ leading developers and operators of renewable energy, which currently makes up around 40% of its total net sellable capacity.

The bulk of the expenditure would be allocated for the construction of the 340MW Pagbilao III coal plant in Quezon; the 340MW coal plant of its subsidiary Therma Visayas, Incorporated; and Hedcor, Incorporated’s 68MW Manolo Fortich plant in Bukidnon, said AboitizPower president and COO Antonio Moraza.