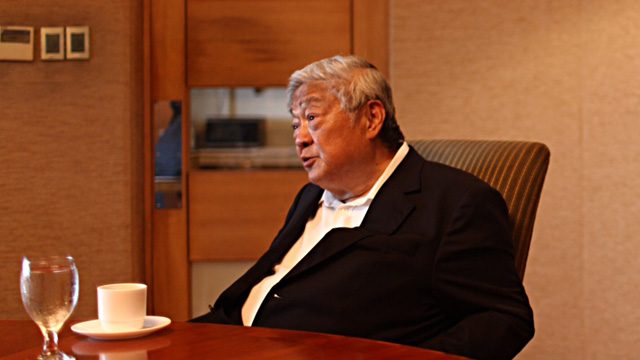 As a result, share price of JG Summit dropped as low at P82.50 per share before closing at P82.40 apiece.

UBS was the underwriter for this transaction.

After the transaction, Gokongwei, who sits as chairman emeritus of JG Summit, still has 58 million direct shares in the conglomerate.

JG Summit is among the leading conglomerates in the Philippines with investments in food and beverage, real estate, air transportation, financial services, petrochemicals, telecommunications, and power distribution.

In the first quarter of the year, JG Summit chalked up a 60.9% increase in first quarter profits to P9.63 billion from P5.98 billion, boosted by the double-digit income growth of its airline and petrochemical businesses.

Revenues from core investments, however, declined this period compared to same period last year as dividend income received by the group dropped 34.6% to P1.03 billion from P1.57 billion. This is due to lower dividends declared by PLDT for the period.

Equity in net earnings of associates, primarily from investments in UIC and Meralco, increased to P1.83 billion from P1.68 billion for the first quarter of 2015.

For 2016, JG Summit has earmarked P41.3 billion in capital expediters primarily to finance capacity expansion of its food manufacturing unit, construction of new malls, offices, hotels, and residential projects of its property unit, and fleet expansion of its airline business.

For the first quarter of the year, the group spent P11.1 billion in capital expenditures. – Rappler.com