May 26, 2016 11:41 PM PHT
Agence France-Presse
Facebook Twitter Copy URL
Copied
Thiel tells the New York Times he has provided around $10 million for the litigation by former wrestler Hulk Hogan, who sued Gawker for releasing a sex tape featuring Hogan and a friend's wife 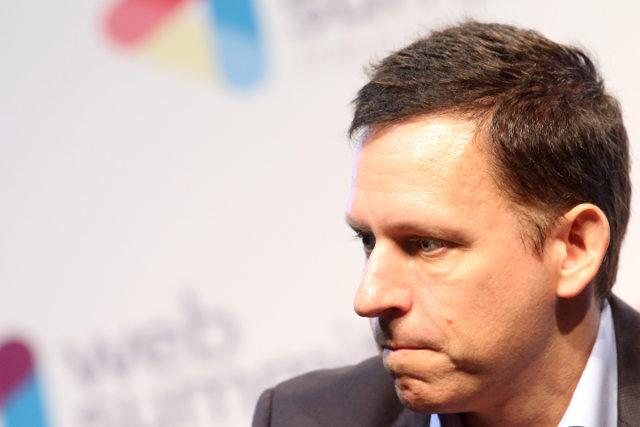 NEW YORK, USA – Silicon Valley billionaire Peter Thiel has confirmed he is funding a legal battle against Gawker Media, which “outed” him nearly a decade ago.

Thiel told the New York Times late Wednesday, May 25, he has provided around $10 million for the litigation by former wrestler Hulk Hogan, who sued Gawker for releasing a sex tape featuring Hogan and a friend’s wife.

The heretofore secret war against Gawker provoked a range of reactions in the media and in Silicon Valley, with many questioning Thiel’s tactics.

Thiel acknowledged he is working with lawyers to find and help “victims” of Gawker Media, whose Valleywag site in 2007 revealed he is homosexual.

“It’s less about revenge and more about specific deterrence,” Thiel told the newspaper.

“I saw Gawker pioneer a unique and incredibly damaging way of getting attention by bullying people even when there was no connection with the public interest.”

Thiel said Gawker’s reports had been “very painful and paralyzing for people who were targeted” and added: “I thought it was worth fighting back.”

Thiel said he was hoping to help people who have been hurt by Gawker but lack the resources he has.

“I can defend myself,” he was quoted as saying.

“Most of the people they attack are not people in my category. They usually attack less prominent, far less wealthy people that simply can’t defend themselves.”

He noted that Hogan, who is a millionaire, “didn’t quite have the resources to do this alone.”

He told the newspaper he hired a legal team several years ago to look for cases against Gawker and that others are in the works.

A jury has ordered Gawker to pay Hogan $140 million. The company is appealing.

The Hogan trial in the Florida city of St. Petersburg has been closely watched by legal experts for its implications for privacy and free expression online.

– Thiel as ‘Batman’ -But some in the media and Silicon Valley questioned whether Thiel was using his wealth to get back at Gawker for its coverage.

“If ever there were a case with no one to cheer for, this is it,” Ben Thompson, a technology consultant, wrote on his Stratechery blog.

Thompson said Thiel “is being a bully of the first order” by “attempting to run Gawker out of business.”

Thiel, said Thompson “has styled himself as a twisted version of Batman: a vigilante who is not so much above the law (what he is doing is also perfectly legal), but rather one that uses the law to first and foremost avenge himself even as he spins a story about his defense of the vulnerable.”

Elizabeth Spiers, a co-founder of Gawker who now heads the website The Insurrection, said Thiel is engaged in “Olympic level grudge-holding” and “seems almost unhinged.”

“The notion that Thiel or any one percenter could wage a war of attrition against a media outlet with the intent of destroying it for slights real or perceived should be horrifying to anyone who believes that freedom of the press is a necessary condition for an open society where corruptions of power can and should be exposed,” Spiers wrote in a Medium blog post.

“Thiel’s tactics in going after Gawker are very, very frightening for anybody who believes in freedom of speech; they’re also extremely effective, in an evil-genius kind of way,” Salmon wrote.

Salmon wrote that even though Gawker is seeking new funding, Thiel’s campaign undercuts that.

“Investing in Gawker right now is a very unattractive proposition, since any investor knows that they will be fighting a years-long battle with a single-minded billionaire who doesn’t care about how much money he spends on the fight,” he said.

German-born Thiel was a founder of the online payments firm PayPal, and served as its CEO before it was sold to eBay. He was also an early investor in Facebook and has been active in venture investing in Silicon Valley.

According to a Forbes ranking of global billionaires, Thiel, 48, has a net worth of some $2.7 billion, with stakes in Silicon Valley data firm Palantir and home-sharing service Airbnb. – Rob Lever, AFP/Rappler.com