Duterte: My first major project is a railway 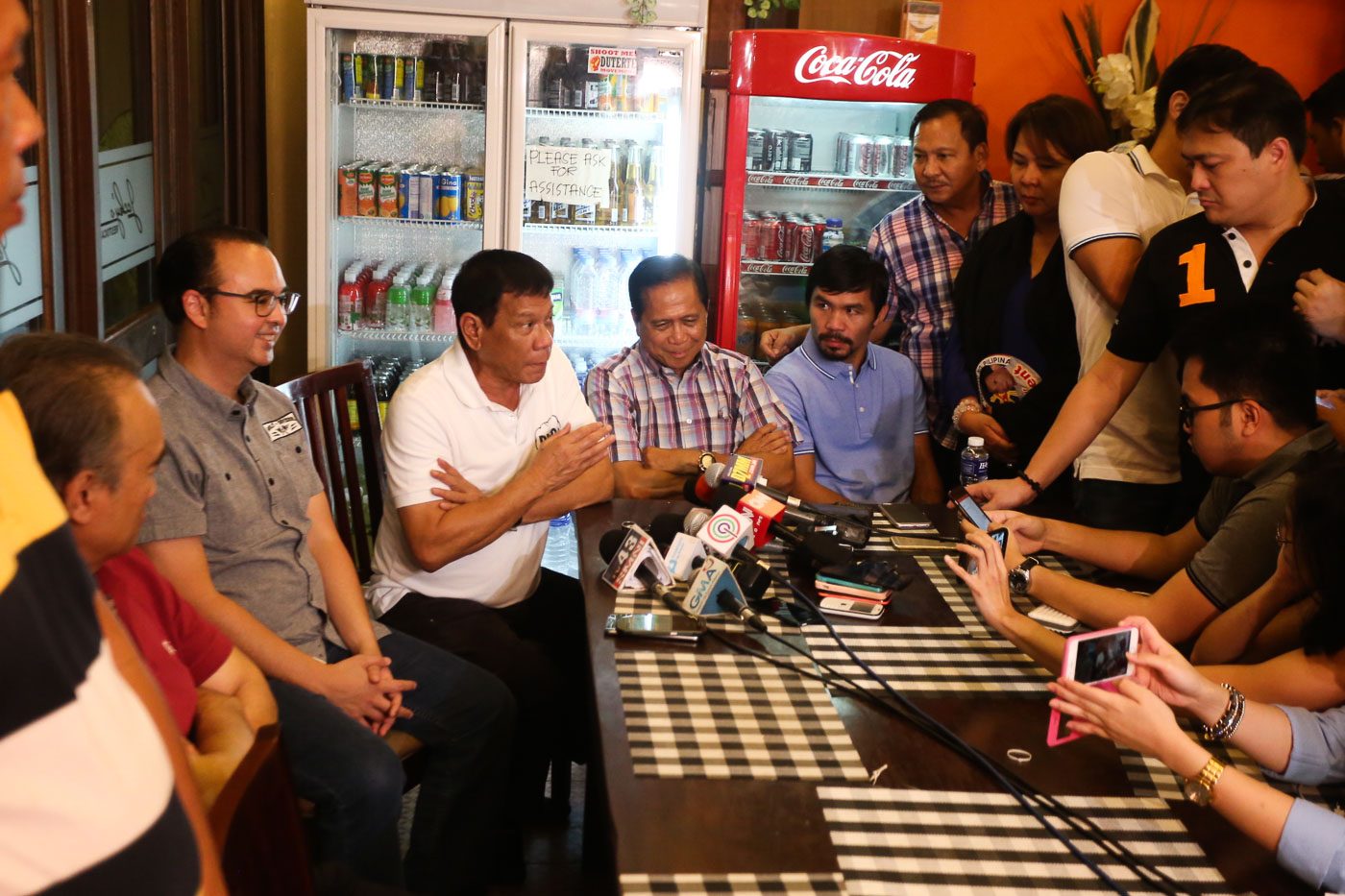 Facebook Twitter Copy URL
Copied
Duterte declares a 'war' against commuters' woes. To pay for trains, he says he may need to get another country involved.

DAVAO CITY, Philippines – President-elect Rodrigo Duterte will prioritize the construction of a railway, he told media during a press conference on Saturday night, May 28.

“My first major project will be a railway,” he said, adding that he needed to declare a “war” against transportation woes.

“I have to declare a crisis in the war against crime, and dito sa part of the commuter, trains and all. May crisis ako diyan. My crisis begins with EDSA,” he said.

(I have to declare a crisis in the war against crime, and on the part of the commuter, trains and all. I have a crisis there. My crisis begins with EDSA.)

“It’s Manila-Nueva Vizcaya then Manila-Sorsogon, Manila to Batangas, and the whole Mindanao,” he said.

During the campaign season, Duterte said the way to solve Metro Manila traffic is to decongest the megacity by spurring development in the provinces. He has said one way to do this is to improve interconnection of provinces through railways.

How will his government manage to pay for these trains?

“It may involve another country. Frankly, we do not have the money for it,” he told media.

Asked if he is referring to China, he said, “Maybe.”

On the campaign trail, Duterte said he may ask China to build him railways in exchange for hammering out a deal on the West Philippine Sea.

But asked on Saturday if this arrangement may influence the country’s pursuit of its claim over the disputed sea, he said, “Just because you are building me a railway doesn’t mean I’m abandoning Scarborough Shoal.”

He said the Philippines, under his administration, will continue to insist on its ownership of the West Philippine Sea.

“I told you, that is ours, you have no right to be there. Whether you believe it or not, fine by me, but that will be the predicate of any further discussions about those territory of ours,” he said.

While the 4 railways may be built by another country, they will be managed by the Philippine government, he said.

But what will happen to train systems in Metro Manila currently being run by the private sector? Duterte said he would retain this arrangement.

“I am in favor of proprietary activity of interest to the government, the private persons can maintain it. Walang problema tayo (We don’t have a problem). It’s more efficient. It’s keeping up with the quality, with what’s required,” he said.

But he expressed cynicism over the Aquino administration’s Public-Private Partnership program, implying that he found it to be slow.

But he denied plans he would junk the program. – Rappler.com