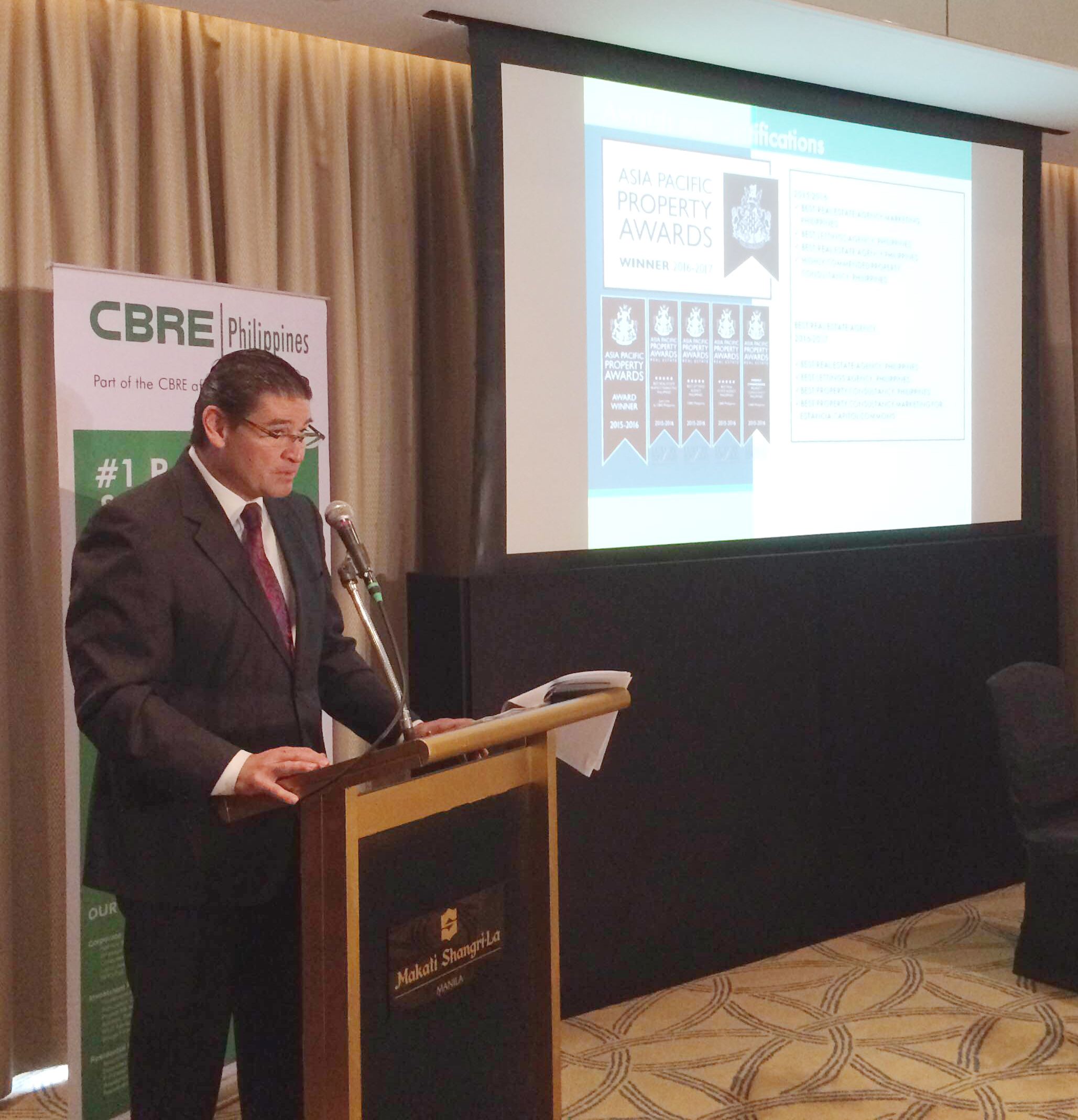 MANILA, Philippines – The incoming Duterte administration has pushed decentralization as a key platform, but they may find that the booming business process outsourcing (BPO) sector, and the property development it brings, has started it for them.

While Metro Manila has always been the country’s center of development, the process of decentralization has already begun, according to global property consultancy CBRE Philippines.

CBRE data show that investments are being made in Laguna and Cavite, south of Metro Manila; Pampanga in the north; Cebu, Bacolod, and Iloilo in the Visayas; and Davao and Cagayan de Oro in Mindanao.

“Developments in these secondary sites were initially limited to local developers but over the past several years, the national developers have started to enter these sites on a growing scale,” said CBRE Philippines chairman and founder Rick Santos at a briefing on Thursday, June 2.

“That’s a positive as it will encourage local developers to step up the quality of their buildings which will attract more investors, leading to more growth and employment around the country,” he added.

The key catalyst for this is the economy’s star performer, the BPO sector, which CBRE said is still on an upward trend with revenues growing at 17% annually. The sector alone already accounts for 7.5% of the Philippines’ GDP.

CBRE also noted that 7 out of the top 100 outsourcing destinations of consultancy firm Tholons are located outside of Metro Manila, indicating the readiness of secondary cities for BPO development.

“BPOs in the country are seen to continue to prosper in the coming years on the back of the young labor force, low cost of labor, notable customer service, low rental rate, and high yield rate,” Santos said.

Available labor will also play a large factor with CBRE indicating that while more than 70% of BPO jobs are located in Metro Manila, about 62% have already been absorbed.

CBRE also noted that many national developers have accrued land banks and positioned themselves in key BPO-friendly locations outside Metro Manila to secure market share.

These areas have significantly lower rental costs, making them a more cost-effective option for BPO locators.

Santos said it is key for the incoming administration to ensure continuity of macroeconomic fundamentals and maintain investor confidence.

“[The] addition of 4 railway projects which is targeted to connect Luzon to Mindanao is sure to diversify the points of development of the country from its existing concentration in Metro Manila to a wider spread across the Philippines,” Santos said.

Aside from these, CBRE said regulations of the Real Estate Investment Trust or REIT law can be tweaked.

REITs are firms that own revenue-generating property assets such as hotels, office buildings, and malls. Public investors are allowed to buy shares and earn through dividends.

The idea is to enable smaller firms to generate capital to build properties, but take-up has been slow since the law’s passage in 2009 due to strict rules on minimum public ownership and the value-added tax on the transfer of assets to REITs.

CBRE associate director Kash Salvador said loosening some of these rules would further democratize the market, allowing smaller developers to really build up without sacrificing too much capital.

While development is projected to start spreading throughout the country, the property market in Metro Manila remains hot, especially the office sector.

Values are expected to be pushed up further in high-growth areas like the Makati Central Business District (CBD) and Bonifacio Global City (BGC).

CBRE noted that the Makati CBD is experiencing tight supply, but is seen to grow within the next 2 to 3 years as new supply becomes available. Prices for properties in BGC have also more than doubled in 5 years.

Santos added that the clamor for BPO office space bodes well for the overall real estate industry as this will also lead to increased demand for both retail and residential sectors.

“It’s almost becoming a bit of a boring phenomenon – this story of steady economic growth, more job growth, and moving up the value chain – but at the end, it’s a story that businessmen love to see,” Santos said. – Rappler.com