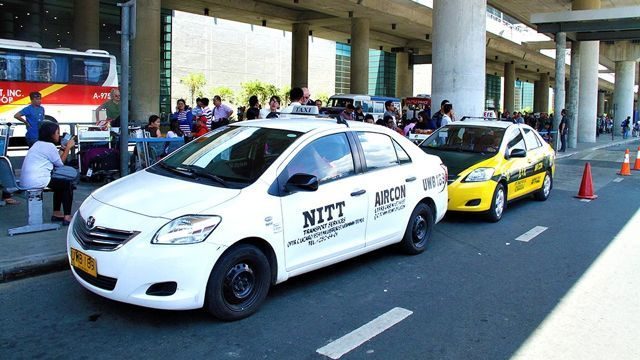 MANILA, Philippines – Regular white metered taxis are now allowed to enter and pick up passengers at the arrival areas of all terminals of Ninoy Aquino International Airport (NAIA), a transportation official said.

This means passengers will have more choices of transportation – from coupon taxis to regular metered taxis.

In February, the government also launched an airport bus service at NAIA Terminal 3, providing 42 bus units and servicing passengers on a 24-hour basis.

The Manila International Airport Authority (MIAA) in 2014 recorded 46,418 passengers arriving daily at NAIA. But the average number of metered taxi and coupon taxi users daily was only 10,777.

The MIAA does not have any control over unaccredited taxis that pick up passengers from airports, while yellow taxis are accountable to MIAA. – Rappler.com