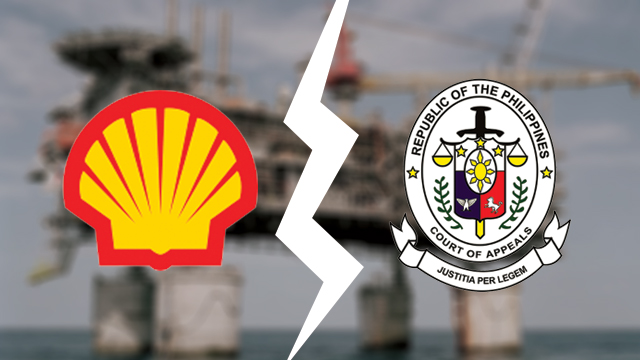 Data from the International Centre for Settlement of Investment Disputes (ICSID) showed that on July 20, Shell Philippines Exploration BV filed a request for an arbitration case against the Philippine government over “taxation [on] hydrocarbon concession].”

The request is still pending before ICSID.

The DOE had earlier argued that these liabilities are already covered by the 60% share remitted by the department from 2002 to 2009, the period of exploration.

The Malampaya group then appealed the 2009 findings, but COA rejected the petition for review.

COA upheld its findings in April 2015, and ordered the Malampaya consortium to pay the government P53.14 billion ($1.2 billion) in taxes. 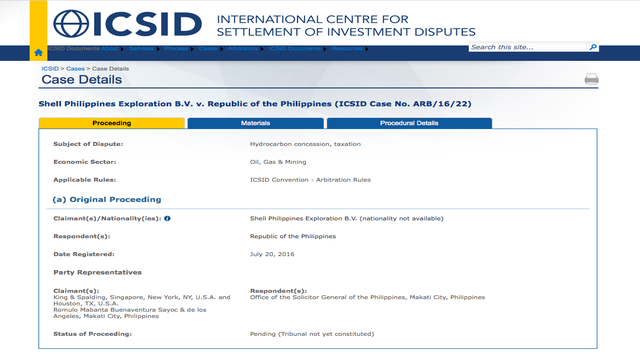 In September last year, Shell filed an arbitration case with the Singapore International Arbitration Center over the Malampaya tax dispute.

Rappler sought Shell Philippines and DOE for comments, but could not be reached as of posting.

“We can confirm that Shell Philippines Exploration BV (SPEX) has filed a request for arbitration with the International Centre for the Settlement of Investment Disputes (ICSID),” a Law 360 news report quoted Shell as saying in a statement.

“The case has been filed pursuant to the bilateral investment treaty between the Philippines and the Netherlands,” the statement added.

The Malampaya project fuels 3 natural gas power plants with a combined capacity of 2,700 megawatts (MW), equivalent to about 36% of Luzon’s power generation requirements.

The government and the consortium, which wants a 15-year extension of its service contract to 2039, are discussing the issue.

The license granted to the Malampaya consortium to conduct exploration and drill activities under Service Contract 38 is valid until 2024.

The Washington-based ICSID, established in 1966 by the Convention on the Settlement of Investment Disputes between States and Nationals of Other States, describes itself as “an independent, depoliticized and effective dispute-settlement institution.”

“ICSID provides for settlement of disputes by conciliation, arbitration or fact-finding. The ICSID process is designed to take account of the special characteristics of international investment disputes and the parties involved, maintaining a careful balance between the interests of investors and host States,” it said in its official website. – Rappler.com