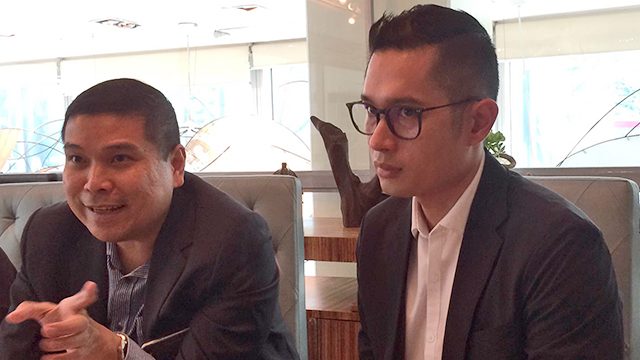 Facebook Twitter Copy URL
Copied
For the first half of 2016, the tech firm's enterprise grows revenue by more than 1,000% as it prepares to roll out a new platform

MANILA, Philippines – Despite ongoing expansion, listed tech firm Xurpas Incorporated (PSE:X) saw its net income increase in the first half of the year driven by strong performances in the firm’s enterprise division.

Eliminating non-recurring expenses related to the group’s ongoing expansion, core net income is at P136.08 million, or an 18% year-on-year increase, Xurpas said in a briefing in Makati on Friday, August 12.

On the revenue side, Xurpas saw its revenue increase dramatically to P736.09 million, a jump of 136% compared to last year.

Much of this was driven by the firm’s enterprise side, which grew by 1,113% to P308.87 million, as the firm felt the full benefits of its acquisition of Yondu Incorporated in late 2015. The enterprise side comprises 42% of the firm’s 1H2016 revenues.

Its consumer side also remained robust, delivering revenue of P397.04 million, or a 63% increase from the same period last year led by its mobile games.

New platform, products for 2nd half

“To say we are excited about what lies ahead, is a huge understatement,” said Xurpas COO Raymond Racaza.

“We continue to aggressively expand our enterprise business, but also remain extremely bullish about the prospects for our mobile consumer segment. We are looking forward to bringing our next family of games and products to the market.”

Xurpas president and CEO Nix Nolledo also said Xurpas will begin the rollout of “a new singular platform” in the second half of the year to last until the first quarter of 2017.

The platform will be targeted to consumers and gamers and will bring together all of the component technology gained from the 12 investments that the firm has made since going public in 2014.

“You’re going to see a component around search, multiplayer games and sticker based-market all within a single platform that will be a very powerful entertainment tool,” Nolledo said.

On the gaming side, the firm is planning more games and products built around its Xeleb subsidiary, which builds products around entertainment personalities.

The firm has also taken note of the success of Pokémon Go. It is looking at how to implement the GPS-use component of the global phenomenon to create games and products in the same vein which are geared for the Philippines and Southeast Asia.

Xurpas also raised P1.2 billion in fresh capital last April, which Nolledo said has not yet been tapped. Plans put it to use are already in place, he added.

“We are not yet done optimizing our avenues for growth, and have not exhausted our newly-raised capital. While we carefully and strategically weigh new potential investments, we continuously build out our existing businesses with our earlier investments. We always say that we are in a marathon, not a sprint. Long-term sustainable growth is our main driving spirit,” Racaza said. – Rappler.com

Tech is growing in the Philippines, and opportunities are waiting for you to grab them. Click here to apply for IT and Software Jobs on the Rappler x Kalibrr Job Board.