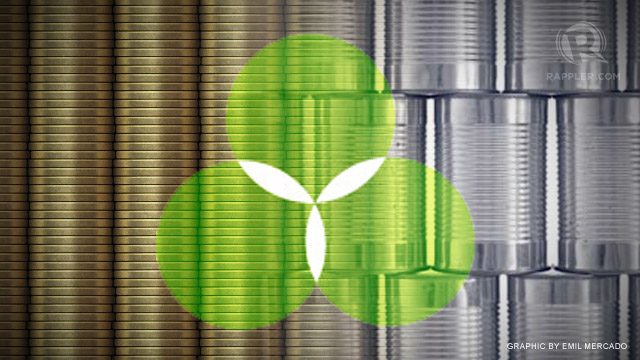 Facebook Twitter Copy URL
Copied
The company wants to raise up to P3.33 billion from its market debut

In a memorandum to brokers, PSE said Century Pacific would sell 229.654 million common shares for up to P14.50 apiece. At least 70% of the shares will be allotted for institutional buyers, 20% for PSE trading participants, and 10% for local small investors.

The offer period will run from April 23 to 29, while the final offer price will be set on April 21. Listing date is on May 6.

Proceeds from the public offering will be used for debt payment, capital expenditures and for potential acquisitions.

Century Pacific, which manufactures 555 tuna and Century Tuna, earlier approved a dividend policy of maintaining an annual cash and/or share dividend payout of up to 30% of its net income from the preceding year.

Century Pacific is building a tin can factory in General Santos City that will have a production capacity of at least 2 million tin cans per year or between 25% and 30% of the company’s requirements. The plant is expected to be operational by the end of this year.

The company is also building a dairy and mixes plant facility in Taguig City that will produce 11,000 cases per day.

Century Pacific is the leading branded food company primarily engaged in the development, processing marketing and distribution of processed fish meat in the Philippines. It is also the leading company in the processed dairy products industry.