PH gets US aviation upgrade 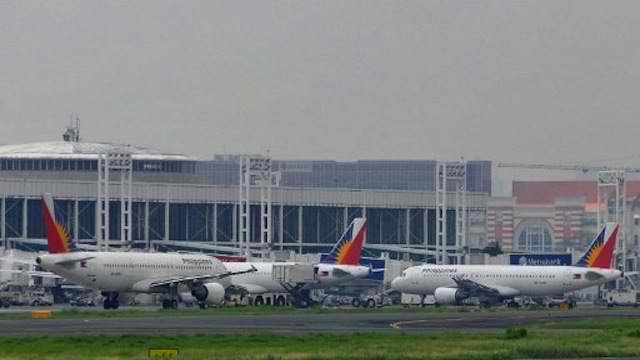 MANILA, Philippines (3rd UPDATE) – After over 6 years, the Philippines regained Thursday, April 10 its much-coveted aviation rating upgrade from US authorities, allowing local carriers to launch and add flights to the world’s largest economy.

The US Federal Aviation Administration (FAA) announced in a statement it granted the Philippines a Category 1 rating for complying with international safety standards set by the United Nations’ International Civil Aviation Organization (ICAO).

The upgrade – from Category 2 – came as the European Union (EU) lifted a ban it imposed on Philippine carriers, allowing them to enter Europe’s airspace again.

“The return to Category 1 status is based on a March 2014 FAA review of the Civil Aviation Authority of the Philippines (CAAP). A Category 1 rating means the country’s civil aviation authority complies with ICAO standards,” the FAA said.

“With the International Aviation Safety Assessment (IASA) Category 1 rating, the Republic of the Philippines’ air carriers can add flights and service to the United States and carry the code of US carriers,” it added.

The US Embassy in Manila first relayed the news of the upgrade to the Department of Transportation and Communications (DOTC) Thursday morning.

US Ambassador to the Philippines Philip Goldberg also tweeted about it.

In a statement following the FAA announcement, DOTC Secretary Joseph “Jun” Abaya lauded the US agency’s move, saying it “cements a landmark era in the Philippine aviation sector.”

“From one major achievement to another in a span of less than 2 years, the country has made great strides in enhancing its aviation industry to one that is at par with the best in the world,” said Abaya.

“We congratulate the CAAP for a job well done in censuring the lifting of the ICAO’s significant safety concerns, the lifting of the European ban on local airlines, and now, the FAA upgrade to Category 1. Truly, your accomplishments prove that good governance and competent leadership will be the legacy of President Aquino’s Daang Matuwid,” he added.

The upgrade allows Philippine carriers to fly to the US. Budget carrier Cebu Pacific said it was eyeing to launch flights within the year.

For legacy carrier Philippine Airlines (PAL), which has existing US operations, it means additional flights and destinations. PAL can now also change the planes it uses for US flights and deploy fuel-efficient ones.

Philippine Ambassador to the US Jose Cuisia Jr. said the upgrade “[opens] up more routes for business and tourism travel between the Philippines and the US as well as [creates] more opportunities for Philippine and American business.”

The Department of Tourism, for its part, said the upgrade would “boost the department’s tourism promotion efforts in US, which is the country’s second largest source market.”

In order to maintain a Category 1 rating, a country must adhere to the safety standards of ICAO, the UN’s technical agency for aviation that establishes international standards and recommended practices for aircraft operations and maintenance.

The Philippines held Category 1 rating until January 2008, when it was downgraded to Category 2 by the FAA. A Category 2 rating means a country either lacks laws or regulations necessary to oversee air carriers in accordance with minimum international standards or its civil aviation authority is deficient in one or more areas such as technical expertise, trained personnel, record keeping or inspection procedures.

The downgrade was made upon the recommendation of ICAO, which classified the country as a “significant safety concern.”

The downgrade prompted the EU to blacklist Philippine carriers two years later, in 2010.

CAAP has been working on addressing safety concerns raised by ICAO to remove the country from the EU’s blacklist and regain its Category 1 status.

Its efforts started to bear fruit in March last year, when ICAO gave the Philippines a passing mark in its safety audit.

By July, the EU lifted the ban on PAL and today, it announced the lifting of the same ban on budget carrier Cebu Pacific.

PAL is the only local carrier that flies to both the US and Europe. PAL flies to Honolulu, San Francisco and Los Angeles. It launched its London route in November following the lifting of the EU ban. – Judith Balea/Rappler.com, with KD Suarez/Rappler.com