Facebook Twitter Copy URL
Copied
Want to be successful and inspired? Here's how, according to ad industry experts

A rapt audience filled the Subic Bay Exhibition and Convention Center at the Ad Summit held last May 8-10. Trends and breakthroughs in advertising were discussed. The speakers – representatives from award-winning agencies in Asia-Pacific – shared tips on how to make it in the cutthroat industry.

But it wasn’t just about how to sell products or services. The speakers also shared quite a few tips on leadership, teamwork, and success. Here are their inspiring insights – applicable in any profession or situation. 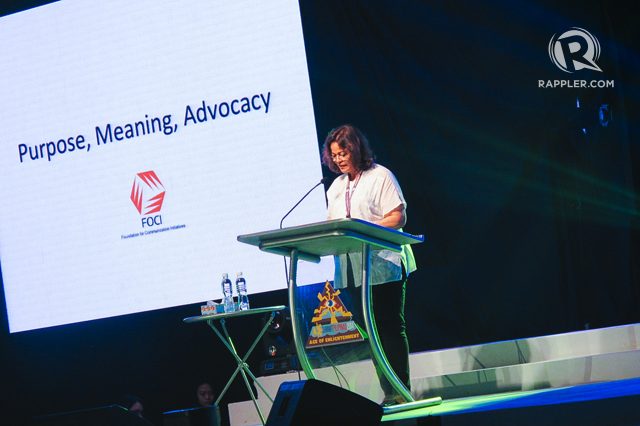 A well-defined purpose should answer the question of why a brand exists, according to Emily Abrera, chairperson of the board of trustees of the Cultural Center of the Philippines.

Before mapping out your game plan, you need to clearly define why you are doing it, or who you’re doing it for. “If you don’t have the why, no one would follow you,” said Cheuk Chiang, CEO of Omnicon Media Group.

Think of purpose as your springboard. If you’re clear about why you want to do it, the “how” will follow soon enough.

2. Use your heart to tell a story

At work, it’s easy to get swept up by the daily grind of meeting deadlines and hitting targets. But according to Simon Kemp, Regional Managing Partner of We Are Social Singapore, moving your audience is the best way to convince them. “Stop obsessing about what we want to say. Focus on what we want other people to understand,” he said.

“Puso” (heart) is agency-speak for narratives that deliver an emotional punch. Advertisers always strive to put “puso” in their campaigns. Award-winning campaigns have a lot of heart – rather than telling the story of the product, they tell the story of the consumer.

The most viral campaigns simply told a good story. Often, it’s about tapping feelings, age-old values, or a sense of nostalgia.

How do you know what story to tell? “Be inspired, listen around,” said Louie Morales, Chairman of CID Communications. “Let us open our minds to the way we feel, think, act,” said 4A’s chairwoman, Matec Villanueva. When you invest in connections, you’ll reap countless benefits.

Coach Chot Reyes is famous for maneuvering Smart Gilas’ impressive run during the 2013 FIBA World Championships. He shared that much of his basketball team’s success stemmed from the trust that he gave his players, and vice versa. “It’s not just about ROI [return of investment]. It’s also about ROR – return of relationship,” he said.

As a coach, Reyes was strict on developing his player’s skills on the court, but he was also aware of their lives and dreams outside the court. This kind of tight-knit relationship allowed him to understand his players better. In turn, they respected and trusted him more.

For Tom Doctoroff, CEO of JWT Asia Pacific, the hierarchy system that most companies use doesn’t work anymore. “Top-down at its worst moments is propaganda. In its best moments, it’s religion,” he said.

Doctoroff advised leaders to go for the “bottom-up” approach to achieve best results. It’s best to build a more sustainable, democratic company model where everyone gets their chance to shine, and everyone is more productive.

4. Strive to do something good for others

“Before, CSR (Corporate Social Responsibility) was something a company did, not what a company was,” said Sandipan Roy, Regional Strategy Director of Isobar APAC. Now, more brands gain success by prioritizing advocacy over gloss. The Internet has given rise to the consumer-watchdog hybrid. “There’s a global appetite for do-gooder brands,” Emily Abrera said.

“It’s not about making things. It’s about making things better,” said Charles Cadell, Regional President of McCann Worldgroup APAC. He added that corporations must recognize that they are part of society and have a responsibility to create something more than profit.

Don’t you want your great idea to propel your company’s success, and change the world at the same time?

5. Be authentic about your cause

Of course, it’s not enough to pick any act of goodwill and tell other people about it. Your intention has to be genuine, or else people will see right through it. “People are tired because they can’t tell the real from fake,” said Sandipan Roy.

“Be consistent, reliable. In the technology game it’s so tempting to march out and trumpet your new features,” said Ariel Fermin, Executive Vice President of PLDT Home. Fermin advised the audience to focus on the basic things instead: family, relationships, real-time connections. 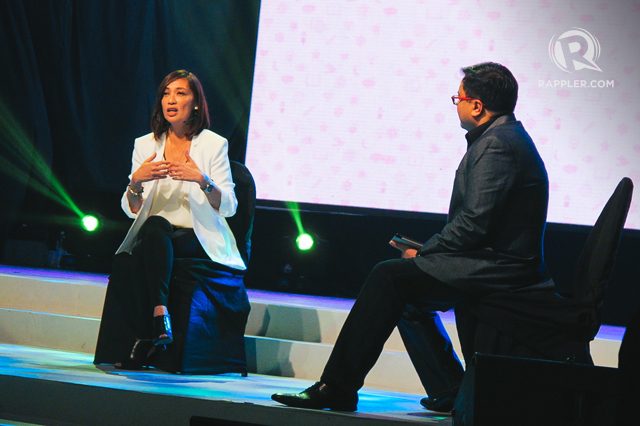 Merlee Jayme, Chairmom of DM9 JaymeSyfu, said that we should spend extra hours thinking of how we can tweak our ideas to help others. They don’t have to be grand gestures – they can be simple, inexpensive solutions to pressing problems. Ingenuity comes into play. “Creativity actually makes a difference to humanity,” she said.

6. Be a brave challenger

In his segment, Boy Abunda asked why the Philippines can’t have a gay president. During the press Q&A, we asked him what he would tell companies who resist progressive messages like those. Abunda replied, “What is dangerous sells.” Social change takes real courage. The good thing is that it pays off, especially in today’s world. Challenging the mainstream appeals to more people. Dick Van Mottman, CEO of Dentsu Aegis Network South East Asia, said that today the disruption of the status quo comes fom the consumers – ordinary people who are using digital to make their voice heard.

“New times call for new brands and services,” Cheuk Chiang said. People react positively to those who usher in fresh perspectives. They say, “I want to be part of these new times.” If you want to lead the public, keep your resolve firm amid different perspectives. “If you don’t stand for something, you’ll fall for anything,” said Chiang.

“It’s so much easy to sell easy stuff. It’s so much harder to sell the impossible,” said Marcus Rebeschini, CCO of Y&R Asia Pacific. But who said it can’t be done? It’s all up to you.

Louie Morales said that desire would fuel your ride to success. He said, “In the world of advertising: there are a lot of ups and downs. The failures in advertising are everyday, effort and tenacity are needed. You have to pursue it like a bulldog, because if you do that, you’ll make it.”

On measuring one’s success, Abrera said: “We have to face the question at the end of the day: have we really become better at what we do?”

Don’t stop until your answer is a resounding yes. – Rappler.com