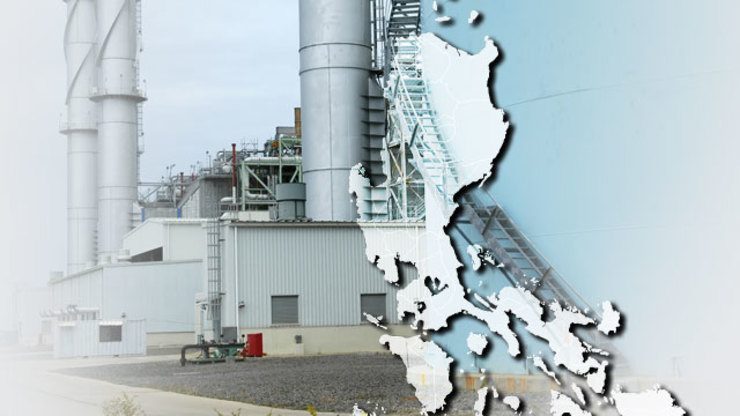 “I have been meeting with him (Aquino) about this as far back as February and March this year. The last meeting we had was two to 3 weeks ago. I recommended to the President to invoke Section 71 of the EPIRA (Electric Power Industry Reform Act),” Petilla said on Monday, July 21.

EPIRA prohibits the government from putting up power pants. However, Section 71 of the law states that the President, upon determination of an imminent shortage of supply of electricity, may ask Congress for authority to establish additional generating capacity under approved terms and conditions.

“The emergency powers allow the President to come up with additional capacity. He said he is open to it. He is not against it. I just have to make a case out of it,” Petilla said when asked about how the President responded to his request.

The proposal to grant Aquino emergency powers has nothing to do with the Luzon blackouts caused by Typhoon Glenda (Rammasun) last week. It is because of an impending shortage that will hit the country summer next year, Petilla clarified.

“I am uncomfortable with our supply for 2015. Our outlook is we have very thin reserve supply as against demand, so thin that we can go on red alert,” the energy chief said. A red alert means insufficient supply.

Based on the Luzon supply-demand outlook for 2014-2016 presented by Petilla, a yellow alert will be issued mid-March 2015, while the region will be on red alert in the entire month of April. A yellow alert will issued in May.

A yellow alert means that contingency reserves are below the minimum level set by regulators, but there are no blackouts.

Rotating blackouts have hit the region since the weekend of July 12 and 13, when major power plants went offline for maintenance.

The destruction caused by Glenda worsened the blackouts to up to 3 hours, affecting nearly half a million people in the Manila Electric Company (Meralco) franchise.

As Glenda wreaked havoc on power and transmission lines in most of Luzon on July 16, 86% of Meralco customers had no power in their homes. Luzon was on red alert on July 18.

“We can live on yellow alert but on red, we cannot,” Petilla said.

While some power projects are expected to fire up by 2015, these may not be enough to avert a red alert since they will not be operational at the same time.

The Malamapaya natural gas facility that is fueliing some plants is also expected to go on maintenance shutdown from March 15 to April14, 2015, Petilla added.

“There is an admission that by 2015 our supply is not enough. There are projects that we feel may not push through,” he said.

The President needs to have emergency powers as early as August to address the lack of supply next year, he noted.

Among the committed power projects for 2015 are:

Before Petilla endorsed the declaration of a state of emergency, various sectors were divided on the issue.

Senator Antonio Trillanes IV said Petilla should urge the President to back a measure giving him emergency powers to address the looming power crisis.

Trillanes filed a bill in 2014 that seeks to allow the President to perform the following functions: enter into negotiated contracts for the repair and maintenance of power plants, projects and facilities; use all funds, including special funds, to finance such projects; and finance subsidy of energy consumption by end users.

He said the government should focus on quickly addressing issues hampering the establishment of more power plants such as the long approval process.

In a statement, Bayan Muna Representative Neri Colmenares asked the Palace to order DOE to use some P175 billion ($40.29 billion) in Malampaya funds to construct power plants, utilize renewable energy, buy back the power plants sold to the private sector under EPIRA; abolish the Wholesale Electricity Spot Market; and reform electric cooperatives.

Fully implement EPIRA, diligently monitor “anti-competitive behavior,” and further encourage a competitive market with the privatization of the remaining government power assets and contracts by state-owned Power Sector Assets and Liabilities Management Corporation are the recommendations of the Makati Business Club.

If and when the President invokes Section 71 of EPIRA, additional capacity will come from modular generator sets that will run on diesel and possibly refurbishment of second-hand bunker fuel facilities, Petilla said. – Rappler.com