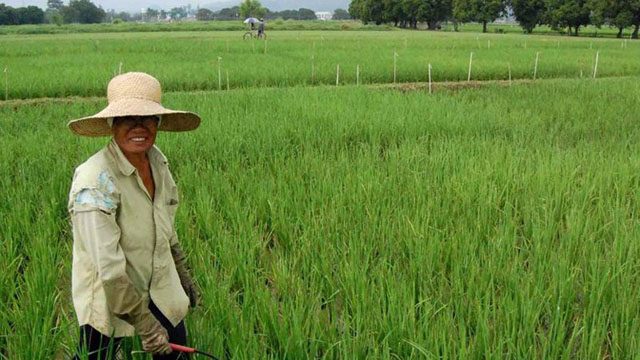 Facebook Twitter Copy URL
Copied
The government is opening the bid for 500,000 MT of rice imports this month to curb rising prices

The PSA reported said the average price of palay in the first week of  the month remained at P21.53 per kilogram,  20.35% higher than the level in the same period last year, and same as the previous week’s.

Despite stable farmgate prices, hikes in the average wholesale and retail prices of well-milled and regular rice were seen.

For well-milled rice, the average wholesale price of P41.37 per kilogram was higher by 0.32% from the previous week, and by 16.83% from the same period last year.

With traders now holding most of the rice supply in the country, the government is trying to bring down prices by increasing imports.

At least 6 companies are planning to bid for the supply of 500,000 MT programmed for importation between September and November.

Each importer secured bid documents for one lot each equivalent to 100,000 per lot with a contract price of P2.054 billion. The NFA allotted a total of P10.27 billion for the importation of the entire volume.

The bids will be opened during the open bidding proper on August 27.

Importers must supply well-milled white rice with 25 percent brokens. The rice should have been harvested from January to June 2014 and freshly milled.

These must be packed in polypropylene bags with NFA markings as no container shipment will be allowed.

Bidders, which may come from omnibus origin, were asked to supply a minimum of 50,000 MT.

Suppliers with pending import-related liabilities prior to 2013 are not allowed to participate in the bidding unless these have been fully settled before the bidding date.

President Benigno Aquino III, in his last state of the nation address, said the government would not hesitate to flood the market with imported rice to crush the operations of opportunistic traders who are hoarding stocks for release at high prices. – Rappler.com