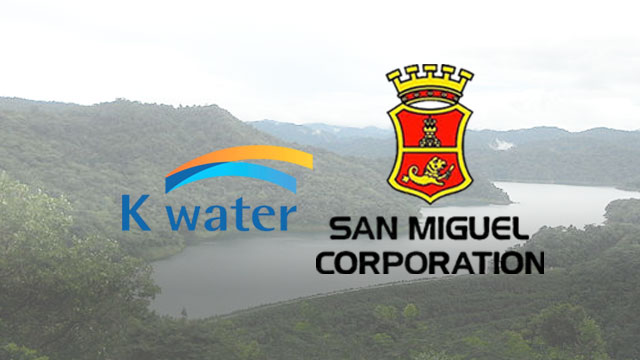 “Yes, we are still interested,” Ang said on Friday, August 29, adding that San Miguel will pursue a team up with K-Water.

In a disclosure in August 2013, San Miguel reported that it had been in talks with the South Korean firm that won the 2010 bidding for the right to operate and manage the hydro power plant.

San Miguel has been eyeing a stake in the hydro power plant as part of its expansion into the energy business.

K-Water won the bid in April 2010 to privatize the facility. It placed a bid of $440.8 million, besting offers from San Miguel and other bidders, including First Gen Northern Energy Corporation, SN Aboitiz Power, and Trans-Asia Oil and Energy Development Corporation.

The sale was supposed to be finalized March of this year. However, it is taking a long time time to secure regulatory approvals.

In particular, Power Sector Assets and Liabilities Management Corporation (PSALM) President Emmanuel Ledesma had said that the necessary business permits and Bangko Sentral ng Pilipinas (BSP) registration of K-Water’s loan have yet to be secured.

There was also a case filed by non-governmental organizations before the Supreme Court, questioning the constitutionality of the transaction. This delayed the turnover of the assets to K-water.

In October 2012, the High Court eventually upheld the sale of the Angat power plant to the Korean company.

PSALM’s Ledesma confirmed the August 27 report that the government has accepted a lower purchase price for the Angat hydro power plant,.

K-Water’s bid was reduced to $439 million from an original $440.88 million in 2010, citing results of the capacity-testing of the main units 2 and 3 under the Asset Purchase Agreement.

No date has been set for the turnover of the facility.

The hydroelectric plant is composed of 4 main units, each with a 50-MW capacity, and 5 auxiliary turbines. Units 4 and 5 are owned by the Metropolitan Waterworks and Sewerage System, which has bid out the rehabilitation of the generating facilities.

Angat Dam supplies about 90% of raw water to Metro Manila and irrigates about 28,000 hectares of farmland in Bulacan and Pampanga. – Rappler.com