Sep 16, 2014 3:55 PM PHT
Judith Balea
Facebook Twitter Copy URL
Copied
'PAL is more than an airline company for me. It goes beyond investing — it is like family. PAL is never far from my thoughts,' says the tycoon during a party celebrating the buyback MANILA, Philippines – Two years ago, tycoon Lucio Tan surprised the market when it forged a deal to sell nearly half its stake in legacy carrier Philippine Airlines (PAL) to an unlikely partner: his arch rival in the beer industry, San Miguel Corporation.

The 2012 agreement gave San Miguel 49% of PAL for $500 million. And the cherry on top: the conglomerate, led by its top honcho Ramon Ang, also took control of the airline management.

The changing of hands was expected to continue. The Tan group planned to leave the business by selling the rest of its PAL stake to San Miguel, which, in turn, expressed intention to acquire full ownership.

For analysts, Tan’s move made sense. Since his entry into the airline two decades ago, PAL has been plagued by crises – a regional financial shock that led to its collapse in the late 1990s, long-running labor disputes, and an aviation safety status downgrade that prevented it from either flying to or expanding routes in the United States and Europe.

He was leaving a troubled business, which might as well get an image overhaul with the entry of a new management.

Fast forward to 2014, the market was again surprised. Tan announced he was taking back the stake it sold San Miguel to again become PAL’s “Kapitan,” as he is fondly called.

After several pronouncements he was letting go of the business because it was “a headache” and was not “strategic,” why the change of heart? The 80-year-old Tan took control of PAL from the government in 1995. It was the first foray of the tobacco and beer magnate into non-allied interests.

In 1997, PAL went on aggressive expansion, but an expensive refleeting program, along with unprofitable routes, made it financially unstable. That year, Asia went through a financial crisis, and PAL was badly hit as its debts ballooned.

PAL undertook massive layoffs, resulting in disputes with its worker union that forced it to shut down for a brief period in 1998. The disputes were settled, PAL underwent rehabilitation, and, by 2000, returned to profitability.

But PAL woes did not stop there.

In 2008, the US Federal Aviation Administration downgraded the Philippines’ aviation status to Category 2 from Category 1 due to non-compliance with global safety standards. The downgrade prevented PAL from expanding operations in the US. The downgrade would later on prompt the European Union (EU) to also ban Philippine carriers from entering its airspace.

While this happened, PAL was feeling the brunt of soaring fuel prices and declining passenger demand amid tight local competition. PAL was posting millions of dollars in losses.

San Miguel’s entry was a breath of fresh air.

Bleeding from its woes, PAL, Asia’s first airline, would benefit a lot from a new investor with funds, which it needed to survive the industry.

But most didn’t seem to understand what was in it for San Miguel. PAL was still beset with so many problems – oil prices were still soaring high, budget carriers were eating a huge chunk of the market, a new dispute with the worker union erupted following layoffs to cut costs. What can even the man who steered San Miguel into one of the most profitable in the country gain from the acquisition of PAL? Most would rather stay away. 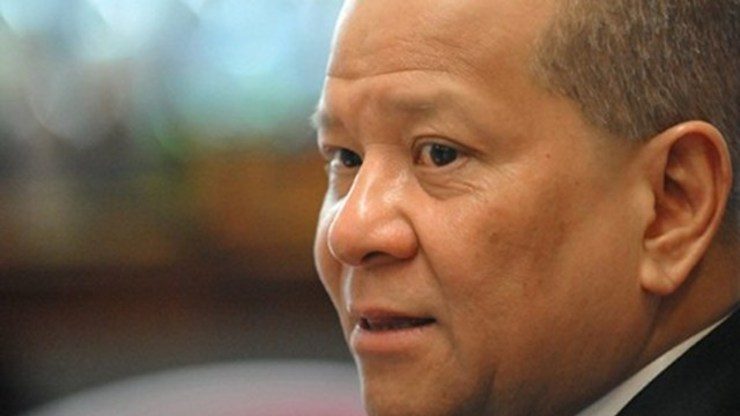 Still wondering what was on Ang’s mind, observers just concluded it must have been because of his love for planes (since he’s a licensed pilot himself), while others banked on the fact that Ang, who has the reputation of being “street smart,” knew very well what he was doing.

But Ang’s goal was clear: fix PAL and make it profitable again.

And sure enough, months after snapping up a stake, the Ang-led management ended the dispute with workers.

PAL embarked on a $9.5-billion refleeting program. It restructured operations by using smaller but cost-efficient aircraft for short, domestic routes, and reserved the wide-bodied aircraft for long-haul destinations such as the US and Europe. The refleeting program called for the purchase of 100 new aircraft and retirement of aging ones in a bid to become one of Asia’s youngest fleet at 3.5 years. (READ: Philippine Airlines eyes new aircraft for US, EU routes)

Luck was also on PAL’s side when, in 2013, the EU lifted its ban on the carrier and the US aviation authorities followed suit this year, upgrading the Philippines’ status back to Category 1.

By the second quarter of 2014, PAL was back in black. The prospects of new services to lucrative long-haul markets were all a possibility. Investing in PAL wasn’t a bad idea after all. (READ: PAL returns to London)

Why buy it back?

The promising developments as of late could be considered reason for Tan to take PAL back.

But analysts maintained the nature of the business remains the same: it is risky, capital-intensive, and will continue to battle rising jet fuel prices and increasing competition.

“It’s a high-risk venture. Re-establishing an airline on long-haul routes that are intensely competitive is an expensive proposition with huge, upfront costs,” Brendan Sobie, chief analyst for Southeast Asia at aviation consultancy CAPA, was quoted in a Forbes story.

Sobie noted that PAL’s focus on higher-yielding international routes could more than offset any weakness in its domestic operations, “but it will be a long haul.”

Considering the Tan group’s bad history in running the airline, a source close to the group said the business was still a sell. Why not just focus on consumer-related businesses, mainly tobacco and beer, like it intended to do when it sold the “non-core” airline?

For San Miguel’s part, wasn’t it logical that, after millions of pesos in investments and efforts to turn the company around, to take over fully and wait out for gains; it was already in the business anyway?

Ang has been known as one who would go for full control, or leave only for a windfall. He acquired assets in the past, “flipped” or sold them for a premium, among them the Manila Electric Company. Rappler’s source said proceeds from the sale of San Miguel’s stake in PAL was only enough to cover the $500 million it shelled out for equity in 2012 and the advances made for PAL’s refleeting program. Another source familiar with the transaction said the transaction was valued at only $900 million, not $1.3 billion as stated in reports this week.

Jun Calaycay, an analyst at Accord Capital, said: “It’s a reversal of what we thought he (Ang) wanted to do. He would always go for control.”

What then could have pushed Tan to buy PAL back and San Miguel to sell it?

It was an “emotional” decision for Tan, said the source. A column by The Philippine Star’s Boo Chanco also earlier suggested that Tan wanted to regain the prestige he used to enjoy when he was head of PAL. His ego was preventing him from making a decision that’s purely business.

The decision could be considered a “business” one only for the reason that Ang “kept delaying” his promise to buy back the rest of Tan’s stake.

And with growing problems in their marriage, amid reported disagreements over management, it was best to just take it all back.

Reports had it that the partnership had been shaky. Some members of the Tan camp were not at all happy when San Miguel came in, much more when it started taking business away from PAL affiliates. Tan was also reportedly not happy with the generous early retirement option that Ang-led management offered PAL employees. Other issues involved a fuel supply with San Miguel’s Petron Corporation and that Ang was collecting commissions from the refleeting, an allegation Ang supposedly belied by presenting documents from aircraft suppliers.

In a party to celebrate the buyback on the night of September 15, Tan said: “PAL is more than an airline company for me. It goes beyond investing — it is like family. PAL is never far from my thoughts.”

In a disclosure to the Philippine Stock Exchange on September 16, San Miguel said Tan assumed day-to-day managment of PAL through the appointment of its former president, Jaime Bautista, as general manager. But it maintained that Ang, as president of PAL, remains, along with the rest of his team, “until the relevant closing date of the agreement” between the parties. “Such agreement provides for the compliance of the group of Dr. Lucio Tan with all the requirements under applicable laws.”

Calaycay said even without a windfall, the sale to Tan was still good for San Miguel. It freed up funds for the conglomerate, which is rumored to have high debt levels.

The market now awaits Tan’s next move. Earlier reports said Tan plans to take in Abu Dhabi-based Etihad Airways as partner. Will this next marriage finally work out? – Rappler.com