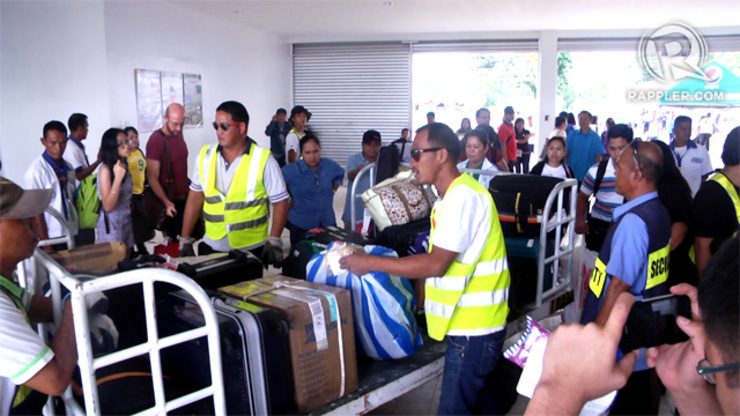 MANILA, Philippines – The Department of Transportation and Communications (DOTC) reported on Friday, November 7, that the government has already completed the full rehabilitation of 3 airports and 14 seaports battered by supertyphoon Yolanda (Haiyan) a year ago.

The Tacloban Airport – the gateway that was severely damaged by Yolanda – is set to be fully rehabilitated in January 2015 by the Civil Aviation Authority of the Philippines (CAAP).

The Tacloban airport now has a refurbished passenger terminal building. New safety and security equipment like 4 x-ray machines and 4 walk-through metal detectors have also been installed. The airport’s Administration and Project Management Office buildings have also been rehabilitated.

To date, the government has also completed the rehabilitation of the Kalibo International Airport in April; the Roxas Airport in June; and the Busuanga Airport in October.

The rehabilitation of the Ormoc, Leyte, and Guiuan, Samar, airports is ongoing.

The completely rehabilitated seaports include:

To date, the DOTC and PPA still have 44 more port rehabilitation projects, either ongoing or in the pipeline.

The Cebu Ports Authority, meanwhile, has a remaining project for Poro Port.

The Philippine Coast Guard has 14 projects lined up. – Rappler.com