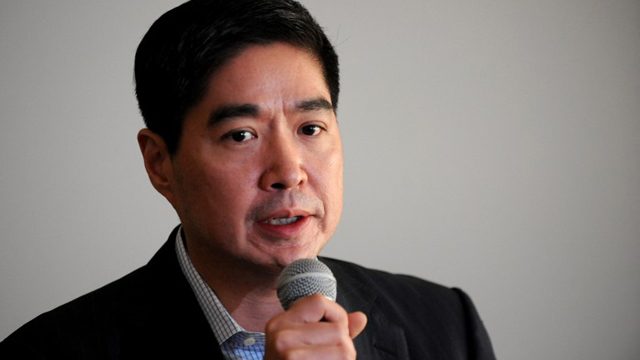 Facebook Twitter Copy URL
Copied
(3rd UPDATE) A House resolution is being crafted to direct erring airlines to compensate affected passengers, on top of the fine going to national coffers

MANILA, Philippines (3rd UPDATE) – Cebu Pacific Air Inc chief Lance Gokongwei expressed his deep regret over the inconvenience encountered by their passengers during the holidays, blaming absenteeism as the primary culprit for the flight delays and cancellations that hounded the budget airline at that time.

The Cebu Pacific chief made the apology at a congressional hearing on the incident, as lawmakers mull requiring erring carriers to compensate affected passengers on top of government fines and refunds over flight cancellations.

“I’m profoundly sorry that we failed them,” Cebu Pacific president and chief executive officer Gokongwei said in a statement he read on Wednesday, January 21 at the House committee on transportation hearing on the airline’s yuletide flight mess.

Gokongwei stressed that absenteeism is the root of the problem, which airline executives had earlier cited in their explanation to a government panel investigating the incident.

“We simply had too few agents to handle the many passengers waiting to check in,” the Cebu Air chief said.

The company had a shortfall of promised domestic check in agents on the afternoon and evening of December 25 and 26. “We were faced with unprecedented absenteeism which created a chaotic situation at our check-in counters,” Gokongwei said.

For Bayan Muna party-list Representative Neri Colmenares, Gokongwei’s explanation does not jibe with Cebu Pacific’s previous pronouncements, and that “cancellations have been going on for a long time.”

“Before, there were allegations that NAIA is not giving you enough counters, VIP landing. You’ve had so many answers before. But in your speech now, there is none of that,” Colmenares said, in response to Gokongwei.

Gokongwei said that during the holidays, there were too few staff on board, and because of this lesson, the carrier has implemented several measures, that include:

This is the second time in almost two years that the airline executive apologized over Cebu Pacific’s botched service.

In June 2013, Gokongwei apologized in a TV interview a day after its A320-200 plane carrying 165 passengers from Manila overshot the Davao airport runway amid bad weather.

The budget carrier faces a P52.11-million fine for its flight delays and cancellations, which led thousands of distraught passengers unable to see their loved ones in time for the Christmas holidays.

At the hearing, Civil Aeronautics Board (CAB) executive director Carmelo Arcilla explained that the penalty was computed by multiplying P5,000 ($112.67*) by the 10,242 affected passengers.

Gokongwei agreed erring carriers must deal with government-imposed penalty, but is seeking legal guidance on whether the fine has legal basis.

The fines, however, go to the national treasury, and would not go to the affected passengers.

The committee is looking for reasonable grounds on how to require carriers to compensate their passengers in case they are displaced due to a large number of delayed or cancelled flights.

A resolution they crafted on Wednesday wanted Cebu Pacific, and other airlines  allegedly affected by the holiday ruckus to compensate their affected passengers – on top of the fines and refunds in case of cancellations.

“[The resolution is] expressing the committee’s sentiment to direct airlines to address the grievances, including compensation that will go to the affected passengers,” said Catanduanes Representative Cesar Sarmiento, head of the House transportation committee.

Amid the congressional probe, shares of its operator Cebu Air, Inc. continued to see an uptrend in its trading price.

Cebu Pacific said it already removed the fuel surcharge from their domestic and international charges.

Tan explained that investors will continue to have an interest in trading Cebu Pacific’s equities due to the global plunge of oil prices, which will bear more significance on the company’s profits over the potential penalties for delays.