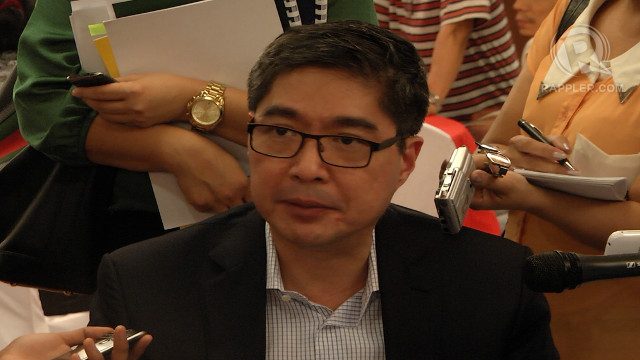 MANILA, Philippines – Absenteeism is a delicate issue when it concerns airline operations.

In March 2012, Air Canada asked the country’s Industrial Relations Board to step in after an unprecedented number of pilots called in sick over one weekend. The airline said that while it supports the employees’ right to book off when they are unwell or unfit to work, the company would not condone such activities as part of an industrial action to disrupt operations. At that time, Air Canada was in a bitter labor dispute with its pilots, The Huffington Post reported.

In June 2014, Air India sacked 45 cabin crew members and was to serve final notices to 59 more on grounds of absenteeism, Economic Times reported. Air India started doing such drive to curb the widening gap between the cabin crew on its roll and those actually report for work.

In January 2015, budget carrier SpiceJet said it would take the strictest action against sick-leave abuse, Business Standard reported. Through its “get-well soon” visit conducted by its HR and medical personnel, SpiceJet found out that 5 of its crew members who called in sick in India’s Delhi and Chennai were not at home and their phones were switched off.

But to some netizens and observers, for a company president and CEO to say that his company’s botched service is rooted in his workforce’s absenteeism seems to be an act of passing the blame rather than owning up to one’s responsibility.

It not only shows lack of discipline but leadership as well, aviation industry observers and netizens said, referring to Cebu Pacific Air Inc. president and CEO Lance Gokonwei’s profound apology on Wednesday, January 21, over the budget carrier’s massive delays and cancellations, leaving thousands of passengers stranded during the Christmas season.

Absenteeism?  Either your employees are rebellious that they suddenly decide to take a leave without notifying… http://t.co/Y4jqZrPr4O

Dear Cebu Pacific, your "apology" is good, but you still need to pay that P52M fine. #delayedflights

Was that really an apology, sounded more like a bad press release. By the accounts of passengers, they were safe… http://t.co/KQWt93zHuz

The House transportation committee conducted the hearing after several petitions were filed by its members to investigate the holiday mess that prompted the Civil Aeronautics Board (CAB) to fine the Gokongwei-led airline P52.11-million ($1.17* million).

For Eastern Samar Rep. Ben Evardone, Gokongwei’s apology is not enough to appease the passengers’ outrage over the holiday mess.

“It is incumbent upon Congress to assert its power over Cebu Pacific’s franchise which is subject to amendment or repeal when common good so requires,” Evardone said.

Gokongwei’s explanation during the House hearing on Wednesday does not jibe with Cebu Pacific’s previous pronouncements, according to Bayan Muna Representative Neri Colmenares. Besides, he said, “cancellations have been going on for a long time.”

Colmenares added that Cebu Pacific’s overbooking might be the reason for the delays, which Gokongwei denied.

As a frequent traveler, Negros Occidental Representative Alfredo Benitez added that Cebu Pacific used to be “on time” but flight delays and cancellations have become increasingly common with the budget carrier in recent years.

The airline industry workforce – from ground, deck to cabin crew – are all on duty when people are rushing to spend the holidays. An industry veteran said that’s the reality for any airline company.

Thus, he said, absenteeism should not have been a factor for the massive delays and cancellations that caused Cebu Pacific to be fined for P52.11 million ($1.17 million). It is perhaps the highest fine ever imposed on a Philippine airline, Civil Aeronautics Board (CAB) executive director Carmelo Arcilla said. This is compared to the P8-million ($181,323.67) fine on PAL Express and P1.8-million ($40,797.83) penalty on Emirates last year for selling tickets without CAB approval.

It is standard operating procedure for airlines to prepare for peak season weeks before the event, the industry source said.

Some airlines even throw their office staff to line duty to augment its workforce. Vacations are usually not allowed during peak season.

If this was not resorted to, it indicates lack of pre-planning for the peak season, as evident in Cebu Pacific’s holiday mess, the industry veteran, speaking on condition of anonymity, observed.

Cebu Pacific cited air congestion as a problem during the holiday rush. But the approved scheduled flights for the airlines have their corresponding airport slots.

If the airline did not operate on their approved schedules or slots, then massive disruption or a domino effect could ensue resulting in congestion at certain periods of the day.

Cebu Pacific also previously cited few counters or VIP landing, but the 5 international carriers which transferred to the Ninoy Aquino International Airport Terminal 3 (NAIA 3) when it went into full operations in July 2014 have nothing to do with Cebu Pacific’s mess, as these foreign airlines only have an average of 2 to 3 widebody flights a day, while local airlines have tens, if not hundreds of flights daily.

Gokongwei acknowledged the fine, but is seeking legal basis for the amount. The fine goes to the national treasury, not to the affected passengers.

The fine is valid per the 1952 Republic Act No. 776 or the Civil Aeronautics Act of the Philippines, but lawmakers have to go easy on the airlines and not treat them like enemies, the industry source said.

“They (airlines) are instruments of economic development so Congress must not go to the extent of killing them.  A reasonable level of fines on legitimate lapses in service should be acceptable,” the industry source said.

Netizens also pointed out that Cebu Pacific would not have a problem with workforce shortfall for its ground handling operations if it has regular employees to do the job.

Regularization will solve all your worries, Mang CebuPac… http://t.co/nOFBXky5sd

But Cebu Pacific had a shortfall of promised domestic check-in agents on the afternoon and evening of December 25 and 26, 2014.

Outsourcing has been a trend in the commercial aviation industry for some time now, notably in July 2010 when flag carrier Philippine Airlines (PAL) announced that it would be outsourcing.

The decision resulted in retrenchment and dispute with flight attendants, ground crew, airport staff, and agents, escalated through a disruptive strike in October 2010. But by the following month, the Department of Labor and Employment approved the layoff of 2,600 PAL employees.

Despite this, outsourcing continues, as there are service providers for ground handling, aircraft maintenance and related services.

Entrusting the non-core services to service providers and focusing on the core function of flying the aircraft and managing the various operating systems, among others, has been an economical way for airlines to operate, and there is hardly an airline now which handles in-house, non-core services.

It is the flight deck crew (pilots) and cabin crew (flight attendants) who are seldom outsourced as their jobs are considered core services of the airlines.

Airlines will not however revert to the old times when they existed as one big happy family, hiring even cooks and baggage loaders, when someone else could now do these for them at a lower cost, the industry source said. – Rappler.com