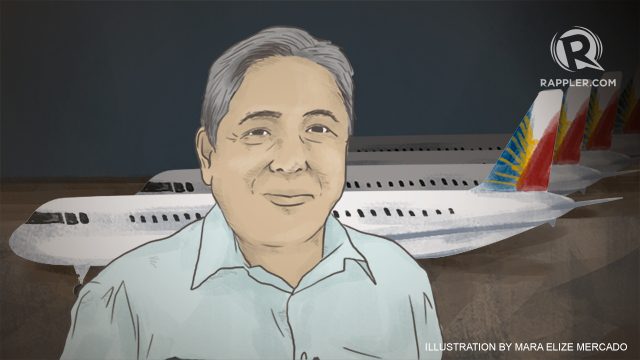 MANILA, Philippines – National flag carrier Philippine Airlines Inc. (PAL) would continue with its existing fleet for a little while longer as it defers more deliveries of brand new aircraft while reviewing its refleeting program.

PAL president and chief operating officer Jaime Bautista said Thursday, January 22 that the airline deferred the delivery of aircraft orders to 2024 instead of 2020.

Speaking from the sidelines of the PAL papal crew presentation to the media, Bautista said that PAL is scheduled to receive delivery of 10 Airbus A321 planes but decided to accept only 5, with the remaining 5 to be delivered in 2016.

For this year, 2 planes will be delivered in March; 2 in April; and one in May.

Bautista said these deferments come at no additional cost to the airline, stating that PAL has agreed “in principle” with Airbus, the manufacturer of the aircraft.

Since its return in September, the deferments are a result of the Lucio Tan group’s decision in evaluating the apparently costly fleet renewal program undertaken by San Miguel Corporation (SMC),

Sharing PAL’s strategic plans, Bautista also said that PAL is looking at flying to Jinjiang in China and Port Moresby in Papua New Guinea, going along with the airline’s plan to resume service to New York in March 15.

The airline executive also reiterated that the LT Group would continue to look for a foreign, strategic partner within a 3-year timeframe.

The strategic partner could take as high as 40% stake in the airline under Philippine laws to help finance the acquisition of additional aircraft for long-haul destinations, Bautista said. – Rappler.com