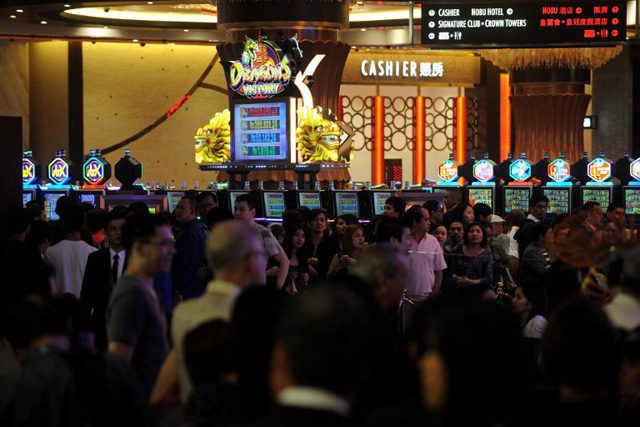 Facebook Twitter Copy URL
Copied
The new casino is an imposing structure on Manila Bay with 6 gleaming golden towers surrounding a giant egg-shaped dome, and industry and government leaders hope it will attract cashed-up tourists from other parts of Asia

MANILA, Philippines – A new mega-casino opened in the Philippines Monday, February 2, as the fast-growing southeast Asian nation ups its bid to become a world gaming destination.

Manila aims to rival Macau and Las Vegas in terms of gaming revenues, and the “City of Dreams” is the latest in a string of casinos that have opened in recent years. (Overview: What you’ll see at the City of Dreams Manila)

The new casino is an imposing structure on Manila Bay with 6 gleaming golden towers surrounding a giant egg-shaped dome, and industry and government leaders hope it will attract cashed-up tourists from other parts of Asia.

“The goal is to find the best (sites) in Asia … The Philippines is one of the fastest growing economies anywhere in the world. We’ve seen the market really pick up,” Ho told reporters. Ho also acknowledged the huge cost of building the resort. The Philippine government requires a minimum $1 billion investment for new casinos built in the area.

Packer said jokingly that the resort was inspired by Hollywood movies “Casino” and “Oceans Eleven,” and Robert de Niro, Martin Scorsese, and Leonardo DiCaprio have appeared on giant billboards and TV commercials to promote the casino.

The 6.2-hectare complex is the second of 4 mega resorts to open on reclaimed portions of the bay, just a few hundred meters from the city’s slum communities. Monday’s glittering opening for City of Dreams is to be capped off with a concert by American music stars Ne-Yo and Kelly Rowland.

The Philippines economy grew at more than 6% in 2014 for the third straight year, prompting economic planning secretary Arsenio Balisacan to comment that the country has shaken off its reputation as the “sick man” of Asia. – Rappler.com