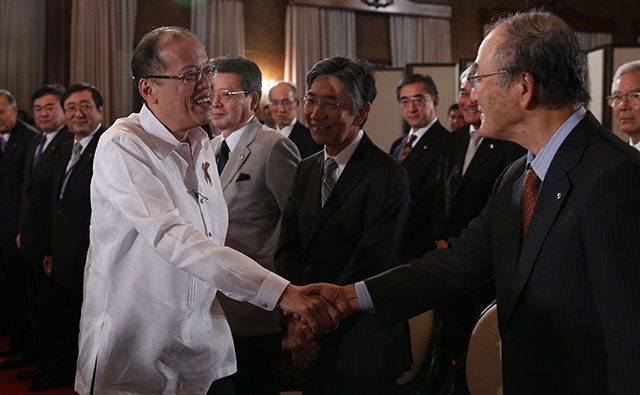 MANILA, Philippines – Decreasing incentives for the automotive industry will drive away new investors, Nobuo Fujii, Japan Chamber of Commerce and Industry of the Philippines Incorporated (JCCI-PH) executive director, said during a high-level trade mission, which concluded on February 7.

During the inauguration of Mitsubishi Motors Philippines’ new manufacturing plant in Santa Rosa, Laguna on January 29, President Benigno Aquino III said the government is providing incentives like income tax holidays and reduced taxes and duties, among others, to stimulate the Philippine automotive industry.

Trade and Industry Secretary Gregory Domingo, however, previously said the government intends to limit the number of firms that will qualify for incentives under the Philippine automotive industry roadmap, to align them with the fiscal incentives rationalization plan.

But Fujii said they want the same rules to apply to future investors, especially those locating in Philippine Economic Zone Authority sites.

Revising the incentive package like income tax holidays and reducing taxes and duties, among others, is one of the considerations in the crafting of the long-delayed roadmap. Partial details of this roadmap were released in October 2014.

The Japanese investors are also hoping that tax credits and common testing facilities will be included as incentives in the roadmap.

Under the proposed rationalization, the Department of Finance (DOF) is looking at discontinuing such tax breaks for sectors like shipbuilding, iron and steel, and vehicle manufacturing.

Specifically, the government is looking to limit the number of companies that could qualify for incentives. It is eyeing firms that can produce a total of 200,000 units of a particular vehicle model over a 5-year period.

Automotive firms would also have to invest a minimum of $60 million in capital equipment for them to avail of the incentives.

The Department of Trade and Industry (DTI) previously said an initial $600 million in incentives is being eyed for the industry.

In the upcoming roadmap, the incentives will not be retroactive, but Fujii stressed again that it could turn off new investors.

Waiting for the roadmap 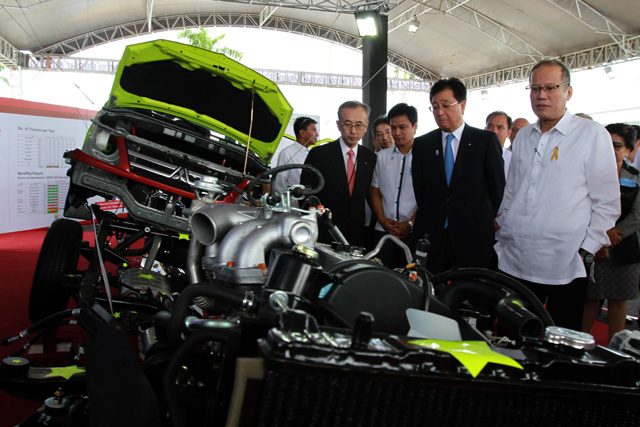 Despite such concern over incentives, JCCI officials are optimistic that the Philippine automotive industry roadmap will be released in the very near future, said JCCI chairman Akio Mimura.

Mimura, speaking through an interpreter, said the automotive and electronics industries have broad supporting bases composed of many related suppliers. As such, an automotive industry in the Philippines would be very important to the country’s growth.

“We are very much interested in the roadmap and would like to see the whole report as soon as possible,” Mimura said.

Initial details of the automotive industry roadmap surfaced late last year, with the official government release in its entirety expected sometime this year.

Japanese automakers Toyota, Nissan, and Mitsubishi have manufacturing facilities in the country.

Mitsubishi Motors Philippines, the second-biggest automaker in the country by sales volume after Toyota, is also aiming to produce new car models from the new manufacturing plant it inaugurated on January 29, also in Santa Rosa.

But Mitsubishi’s plan is also dependent on the release of the automotive industry roadmap, Mitsubishi Motors President Osamu Masuko, speaking through an interpreter, told reporters.

Aquino attended the Mitsubishi plant inauguration, for which he drew flak. Critics said he prioritized this over the heroes’ welcome for the 44 elite cops killed in a clash with Moro rebels in Mamasapano, Maguindanao.

Nissan Motor Company Limited, meanwhile, is eyeing to increase its market share to 10% over a 5-year period in the Philippines.

The 100-man JCCI trade delegation also highlighted their visit with a meeting with Aquino and other government officials on February 5.

Growing the country’s small and medium enterprises (SMEs) was also discussed in that meeting.

Mimura said the delegation raised the possibility of creating an industrial park dedicated to SMEs, as well as a proposal to build factories that could be rented out to investing firms.

Without naming them, Mimura said two high-ranking Philippine government officials expressed interest in the idea in dialogue sessions that followed the presidential meeting.

There is a “good likelihood” that the idea would come to fruition, Mimura added.

SMEs are not like major corporations so they are vulnerable to fluctuations from the outside environment and less attractive to foreign investors, Mimura said, thus the idea of an economic zone dedicated for them.

On the other hand, improving standing in global competitiveness and the growing economy at a fast rate make the country more attractive to Japanese investors, Alfredo M. Yao, president of the Philippine Chamber of Commerce and Industries (PCCI), said.

The partnership of PCCI and JCCI has been evolving from manufacturing to technology transfer to services and emerging industries, Yao said.

The ASEAN integration is a further incentive to this expansion, for which Japanese companies could access the ASEAN integrated market by developing or strengthening their presence in the Philippines, Yao added.

Many Japanese firms have already positioned themselves in ASEAN by including the Philippines in their global supply chains, and more partnerships could emerge from opportunities in sectors such as agriculture and agri-business, capital markets, energy exploration, retirement industry, and tourism, Yao said. – Chris Schnabel/Rappler.com