Apr 8, 2015 8:30 PM PHT
Chris Schnabel
Facebook Twitter Copy URL
Copied
The move is part of bank efforts to deter ATM fraud and is in compliance with a BSP directive for banks to shift to EMV-ready cards 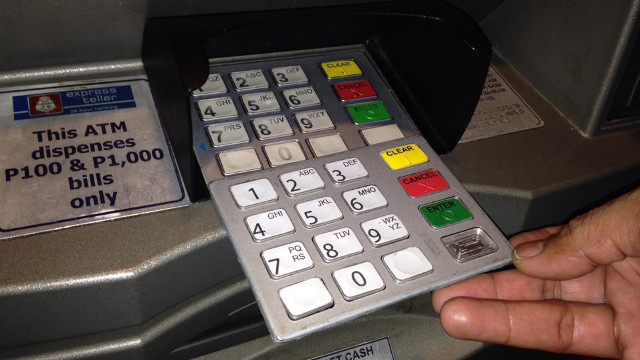 MANILA, Philippines – In line with the Bangko Sentral ng Pilipinas (BSP) directive to enhance the security features of automated teller machine cards to deter fraud, the Bank of the Philippine Islands (BPI) is eyeing the replacement of its ATM cards by next year.

Consing told stockholders that the bank plans to change ATM cards “sometime next year at no charge to the cardholder.”

Changing all of BPI customers’ cards would be a logistical challenge, BPI executive vice president Natividad Alejo said in an interview at the sidelines of the meeting.

“We’re working very hard right now to do that but we have over 7 million ATM cards out there and so it will really be a challenge to reach out to all these 7 million customers,” Alejo said.

She pointed out that part of the difficulty lies in reaching out to long-time clients who have changed addresses and contact numbers but did not update the bank of their latest details.

Despite the challenges, Alejo stressed, “It’s something that needs to be done and I hope that will allow us now to get to the international standard of [banking] security.”

To address this, BSP directed banks to shift from ATM magnetic stripe to EMV or Europay, MasterCard, and Visa chip by January 2017 for added security.

Alejo confirmed that most of the BPI ATMs are EMV-ready and will be able to read the new ATM cards.

“The ATMs we’ve been putting up the last few years are all EMV-ready so little change is needed from a physical aspect,” she said.

Alejo also said that social media is playing a role in curbing cases of ATM fraud by enhancing public awareness.

“It’s always good because people get informed and are thus more vigilant about the issue. That has been the positive effect of the fact that we are very open on social media space,” Alejo said.

She said that ATM fraud is a risk that the entire banking industry faces and the public is well informed of the issue now because Filipinos are very active on social media.

“This is why there’s been a significant reduction on ATM fraud and for many more months there has been none,” Alejo said.

BPI has also been more vigilant around its ATM stations and has posted more guards to patrol terminals, she added.

Alejo conceded, however, that recently there has been “noise” again on social media regarding ATM fraud and related cases.

In December 2014, a Facebook post alerting the public to a tampered BPI ATM in Bonifacio Global City went viral. The customer was commended by BPI for exposing the incident.

BPI executives have since announced that Eastern European fraudsters may be behind the scam to steal personal identification numbers (PIN) by installing PIN pads on top of the regular ones in a process called “skimming.”

Ibarra reported the incident to BPI and requested the bank to block the account but by that time, the suspects had already used his ATM card.