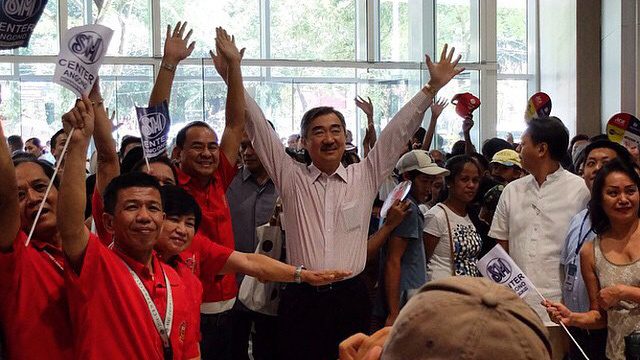 The programmed expenditure started in 2014.

SM Prime president Hans Sy said the company is aiming to have 9 malls in China by 2018. The company already secured 4 more new sites for expansion programs.

The company has 5 shopping malls located in in Xiamen, Jinjiang, Chengdu, Suzhou, and Chongqing.

Lim said the group plans to borrow at least 40% of the P400 billion ($8.97 billion) programmed spending from the debt market while the remaining 60% will come from internally generated funds.

The company also started its first residential project in China near it shopping mall. It has 300 to 400 units catering to the middle income market.

Future residential projects in China will also be located within existing malls in Xiamen and Jinjiang.

SM Prime Chairman Henry Sy Jr said now is the right time to invest in China despite cooling property prices in that country.

“I do believe that it’s the best time to go in because land prices are still up within our mall areas and a lot of competition are not that aggressive because of some circumstances in China,” the Sy Jr said. – Rappler.com