Apr 17, 2015 4:00 PM PHT
Shadz Loresco
Facebook Twitter Copy URL
Copied
Winston Damarillio says Filipinos have what it takes – able and younger people who are bigger in number – to think of and execute the ‘next big thing’ 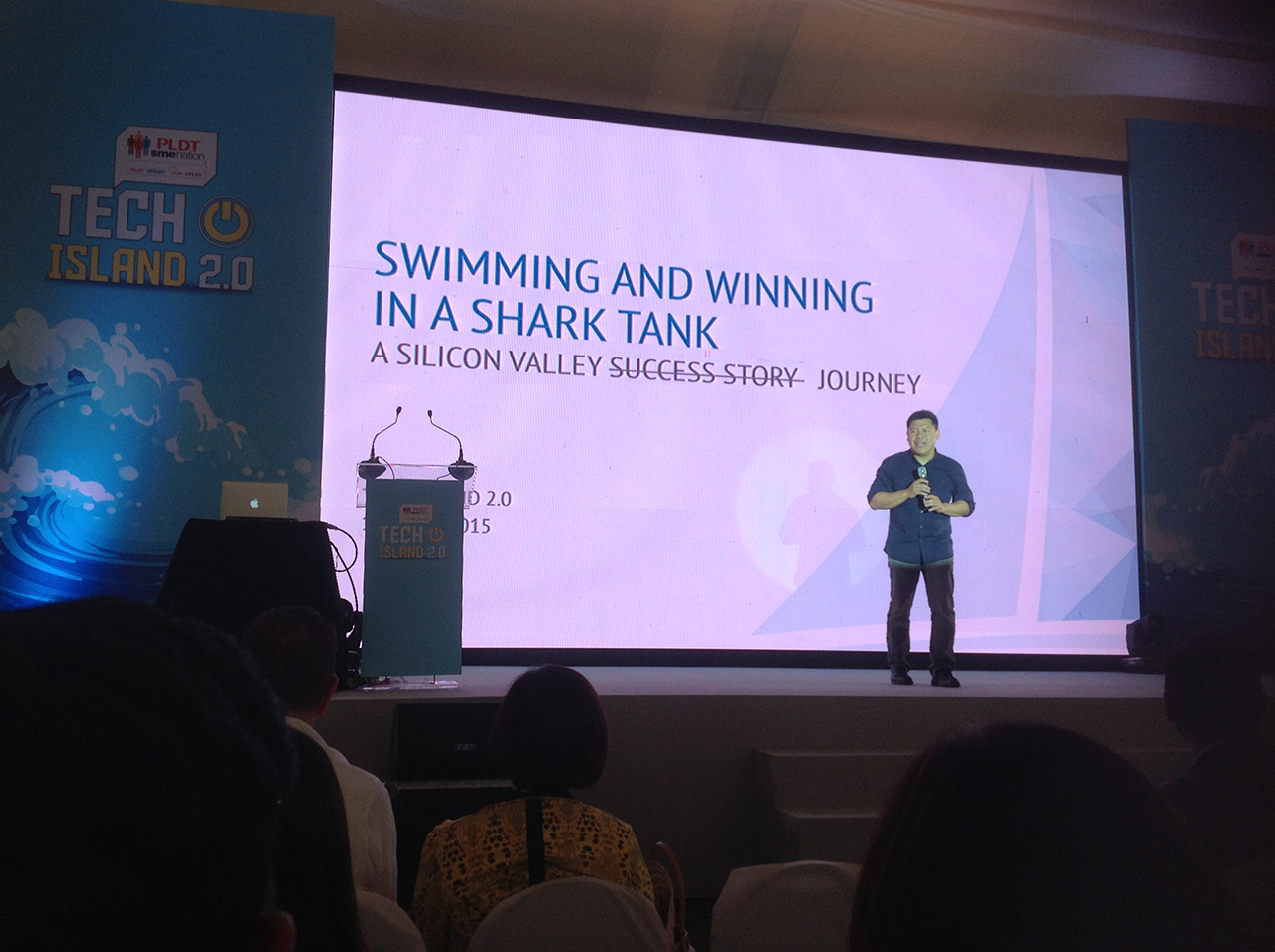 SUBIC BAY, Philippines – A Filipino technopreneur from the Silicon Valley said the game has gone digital for small and medium enterprises (SMEs) in the country.

As consumers become more accustomed to buying from their digital devices, “the old view of the conglomerate is no longer applicable and is no longer the place to think,” Winston Damarillo, Amihan Global Strategies managing director and former Intel engineer, told around 1,500 participants of Tech Island 2.0 held at Ocean Adventure in Subic Bay, Zambales, Thursday, April 16.

He added that SME players should ask themselves: “How am I going to change my business as digital technology takes over my target market?” 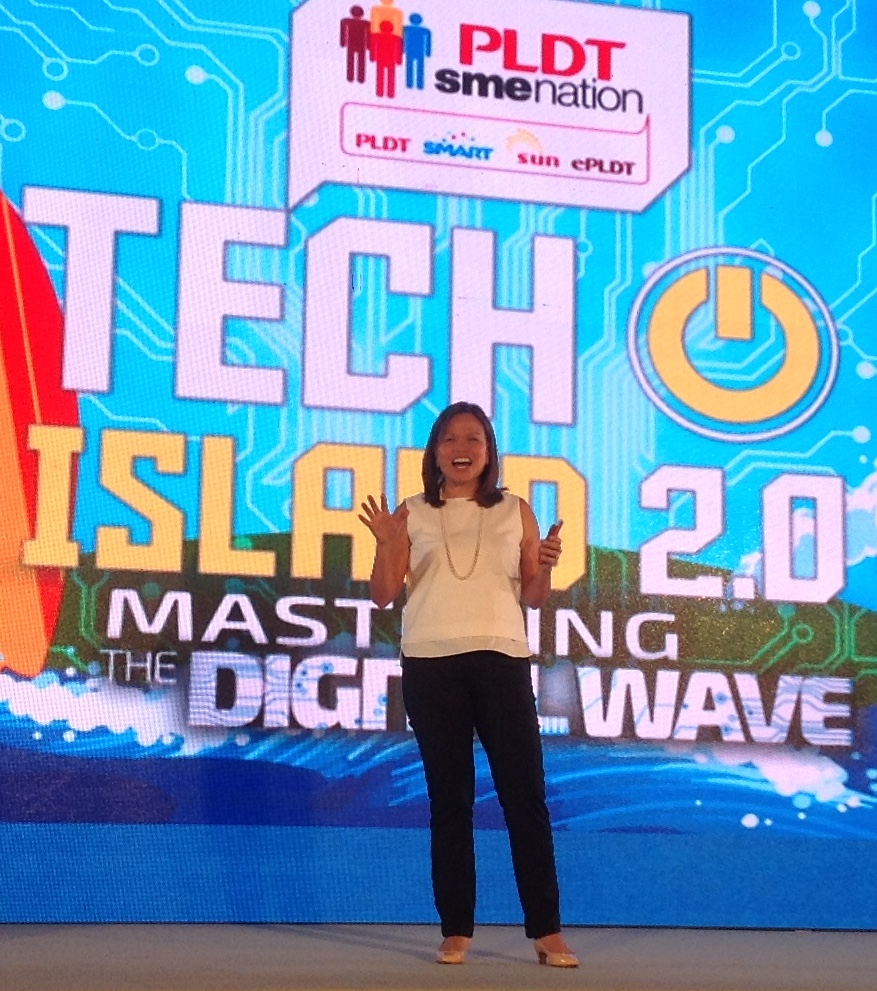 As Damarillo pointed out, people start their consumption where they are most comfortable with – their digital device.

Thus, everyone should participate in e-commerce, he said. “While we used to think that the way to do e-commerce is monolithic like Amazon, it’s as simple as putting your shopping cart on your Facebook accounts.”

He cited the likes of Shopify, the third largest e-commerce source in the United States, as a tool for SMEs to create their own store.

“You don’t have to be a department store. You can sell what you’re passionate about. You like bicycles? Sell bicycles on Facebook. Put a shopping cart in there. It’s very empowering now. It’s very SME-centered,” he added.

Filipinos as tech frontrunners in ASEAN 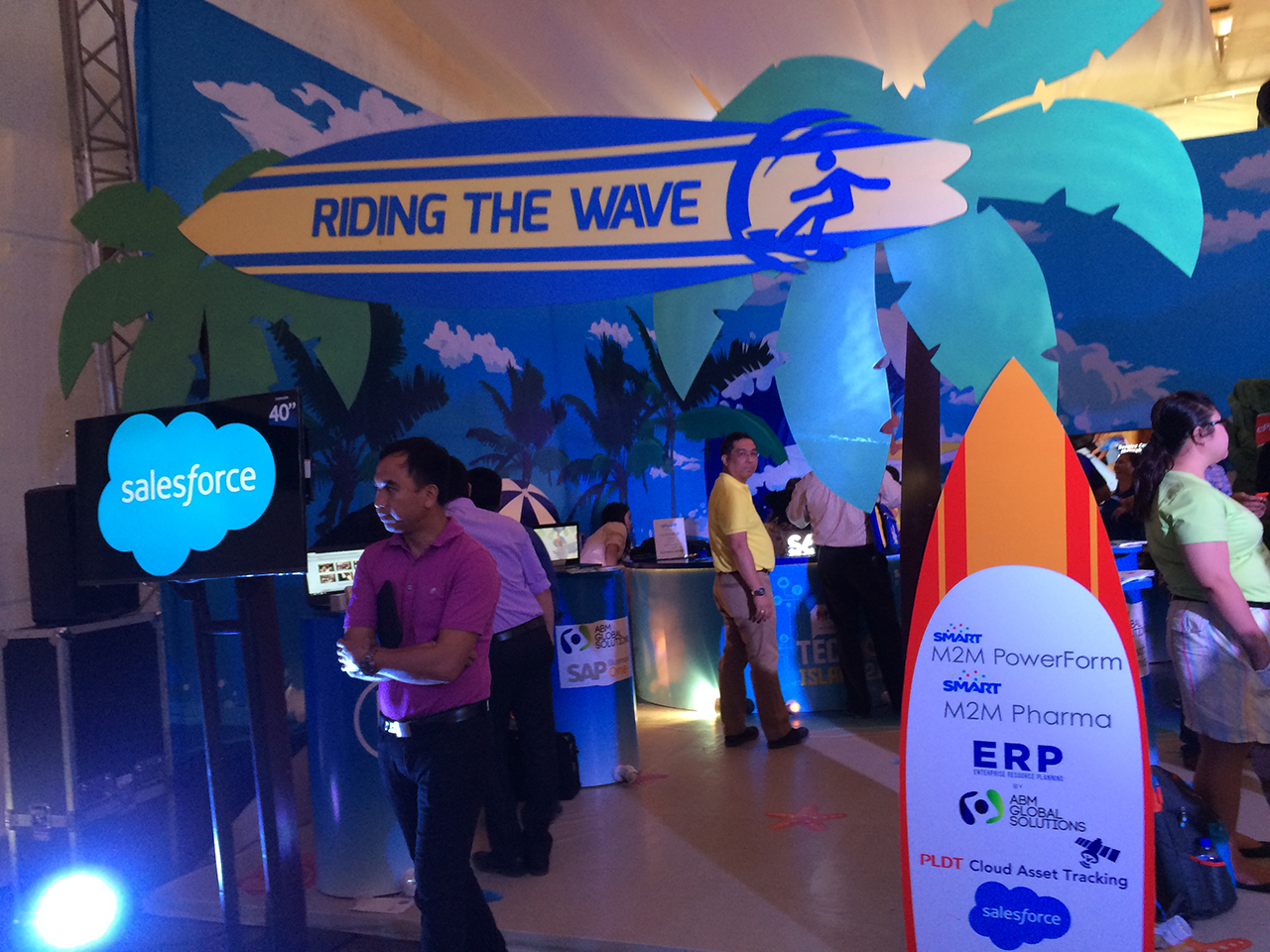 Further, Damarillo said that the Philippines can lead in the tech space of its neighborhood, the Association of Southeast Asian Nations (ASEAN). (READ: APEC 2015: Technology key to developing SMEs)

The World Economic Forum referred to the country’s economy in the last 10 years as the most improved in global competitiveness among the ASEAN-5, which also include Indonesia, Malaysia, Singapore, and Thailand.

He believes Filipinos have what it takes – able and younger people who are bigger in number – to think of and execute the next big thing: the next FoodPanda or SnapChat or Uber.

Opportunities no longer have to be in Silicon Valley, from which he hunted his before. They do not have to be global; they can be local.

“Indigenous innovation is important for the country’s pride and economy, and for Filipinos’ trust in themselves. SMEs can be the driver of that,” he said. “Build our stuff.  Brand it ourselves. And excel.”

Echoing this sentiment, president and co-founder Earl Valencia of local startup incubator Ideaspace told the audience that all of them have a stake in shaping the country’s science- and tech-oriented economy.

Through the convergence, PLDT SME Nation aims to boost this segment in forming the country’s economic backbone. It launched the first-ever Tech Island at Pico de Loro, Batangas in November 2014.

PLDT SME Nation is also the provider of a slew of solutions such as asset tracking, customer relationship management, inventory management systems, and MyDSLBiz. – Rappler.com