XIAMEN, China – Competing against a booming online shopping industry and other well-funded competitors requires creativity and customized service – tools that the SM Group has been using since its first mall venture in China in 2001.

SM City Xiamen shows how well SM has adapted to China. It started as a mass market department store in 2001, then expanded to a “lifestyle” mall with upscale brands. Now, it embarks on SM Xiamen Phase 3, which will house higher-end stores.

Ronald Allan Brosas, SM Supermalls assistant vice president, said that finding the right formula to earn the loyalty of Chinese customers is a continuous process, as navigating the Chinese market is more difficult than the Philippine market.

“They actually aspire more. The power of spending is really high. They’re brand conscious and they really look for good brands, that’s why you really need to adapt,” Brosas said.

He added: “As Mr Hans Sy always tells us, you can find Mcdonald’s in all malls in China even on the side of the street, but how they serve the burgers would be different [depending on the location]. That’s the experience. And that’s the service.”

Sy is the president of SM Prime Holdings Incorporated, the parent company of the SM malls. 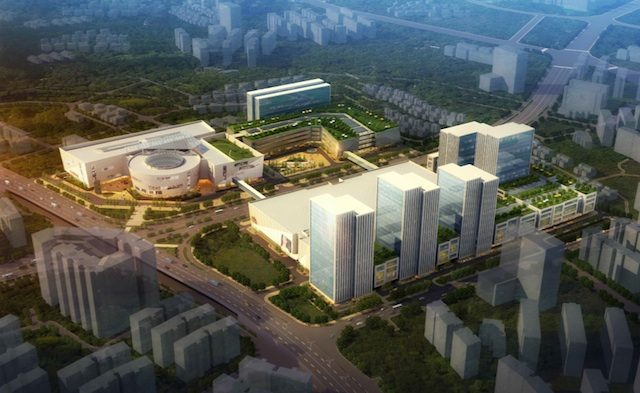 Strong competition also comes from Wanda, one of China’s biggest real estate developers, which has ventured into mall operations. It is owned by Wang Jianlin, China’s richest man, according to Forbes magazine.

“That’s why we strive to get more international brands to compete more. And we position ourselves to cater to a particular market. That’s what we did in Xiamen, we captured customers from all walks of life,” Brosas said, differentiating SM from its competitors.

Asked if Wanda has borrowed ideas from SM operations, Lucy Xu, SM China regional operations manager for shopping center management, said, “But we also observe them and try to follow their ideas.”

Brosas said that part of the challenge in China is to draw customers to the mall, considering the convenience of online shopping, which has become a very strong industry in this country. “We need to give reasons for customers to come and visit us,” he said, adding that Chinese customers have to be convinced to “experience” mall visits.

SM China has launched several programs to make the mall part of its community, among them an annual fashion week, which has become a major event in the city.

Brosas said Chinese parents dote on their children, so SM has created a lot of activities involving children, among them the SM Little Star competition, where kids show off their talent. Its success can be seen in its replication among other malls in Xiamen.

SM Xiamen also pioneered the solar panel project among malls in Fujian province, and is now known for its support for the environment.

‘The project of our lives’

The executives also revealed that the construction of SM City Tianjin, a nearly 3 billion RMB ($483 million) development, is expected to be completed this year.

“We call it the project of our lives, for SM China,” Brosas said, describing the 540,000-square meter property that is 28 minutes away from Beijing by train and 90 minutes by car.

SM Tianjin will become a destination mall with numerous attractions, such as a Science Discovery Center, an ice skating rink, aquarium, game center, and a 5-star cinema and gym to fulfill its vision as an “entertainment and relaxation paradise,” an SM statement said. “We need to be very aggressive in China because of the competition,” Brosas said.

SM China CEO Gary Yeo said that SM chooses second- and third-tier cities in China since it entered the country “a bit late.” Properties in first-tier cities, like Beijing and Shanghai, have become very expensive. 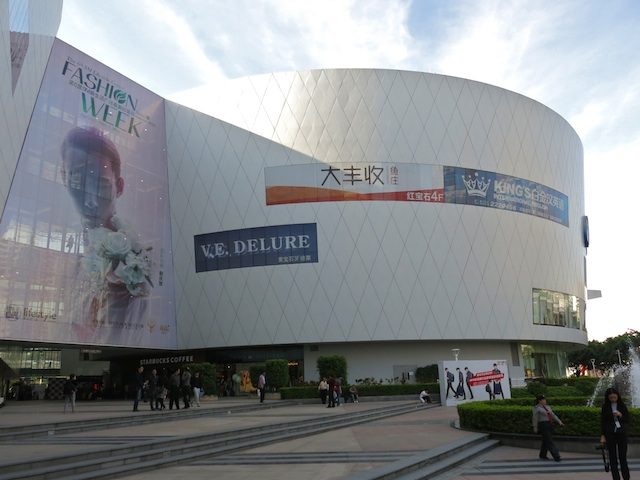 Brosas explained that SM wants to develop properties in areas with no development yet as it wants “to be part of the development of the city.”

“SM Xiamen is one of the big examples of that trend. And all our malls are not in the city but in the outskirts and we develop together with the city,” he said.

Brosas said SM China has newly-acquired properties in Jiangsu province. “We’ll begin construction in Yangzhou this year, by May, and we’re planning to open it first quarter of 2017.”

Yeo said part of the future strategy of SM in China is real estate development, starting with the construction of condominiums near its mall in Chengdu.

SM currently operates 5 malls in China, while 4 more are under construction, including SM City Zibo in Shandong, which is set to open this year.

SM features a few Philippine stores, but it takes research to succeed in China, the SM executives said.

“They really need to study how to capture the Chinese market,” Brosas said.

He said successful Philippine brands were invited to set up branches in the SM malls, but not all of them managed to crack the market.

An exception is Bench, which concentrated on its underwear line that can be used all-year-round.

Xu explained that Penshoppe closed shop in Xiamen since it only sold clothes fit to wear in the summer and not in freezing weather. She said the temperature can drop to as low as 5 degrees Celsius in the city during winter. – Rappler.com