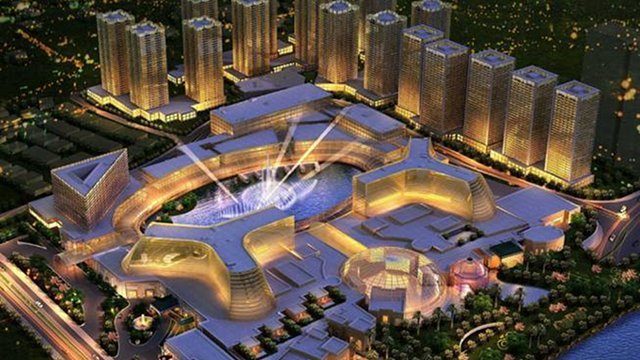 MANILA, Philippines – The Philippines’ gambling regulator said Tuesday, May 12 it would suspend Japanese tycoon Kazuo Okada’s license to operate a $1-billion Manila casino if he fails to explain construction delays.

Regulators confiscated a P100-million ($2.23-million) assurance bond from Tiger Resorts Leisure and Entertainment and gave the company until mid-July to justify an extension to its timetable, said Francis Hernando, vice president of the state-run Philippine Amusement and Gaming Corporation (PAGCOR).

The decision means that even if Tiger finishes construction, it will be unable to reclaim the P100 million bond ($2.23 million).

Tiger, an affiliate of Tokyo-based Universal Entertainment, had missed two deadlines to complete its casino resort – first in December 2013 and then in March this year, Hernando told Agence France-Presse (AFP).

“They requested for more time to finish the project. We gave them 90 days to explain why the license should not be suspended because of the delays,” he said.

Tiger said it wanted to delay the opening of its casino to the first quarter of 2017, according to Hernando, with the company now hoping to build a bigger resort complex than originally planned.

Should Tiger be granted another extension, it would have to lodge a new P100-million ($2.23-million) bond, he added.

The Okada group is also in a legal tangle as Century Properties Group Incorporated said in April that it has filed a notice of arbitration against the group over the botched partnership for an integrated resort and casino project in PAGCOR Entertainment City.

The Tiger project is one of 4 $1-billion casinos planned on a glittering strip fronting Manila Bay as the Southeast Asian nation seeks to rival Las Vegas and Macau as a gaming destination.

“The overall vision is to make the Philippines a recognized entertainment destination in the region. Ideally, we should have a complete product. One less resort obviously dilutes that vision,” Hernando said.

Gaming revenue in the Philippines reached $2.5 billion last year, according to regulators.

The nation is targeting revenue of $7 billion, roughly the levels of Singapore and Las Vegas by 2020, according to Cristino Naguiat, who chairs the country’s gambling regulator.

Two of the 4 mega-casinos have started operations.

One is Solaire, owned by Filipino billionaire and port magnate Enrique Razon, and another is City of Dreams Manila, operated by a joint venture between Australian billionaire James Packer and Lawrence Ho, son of Macau gambling mogul Stanley Ho. – Rappler.com