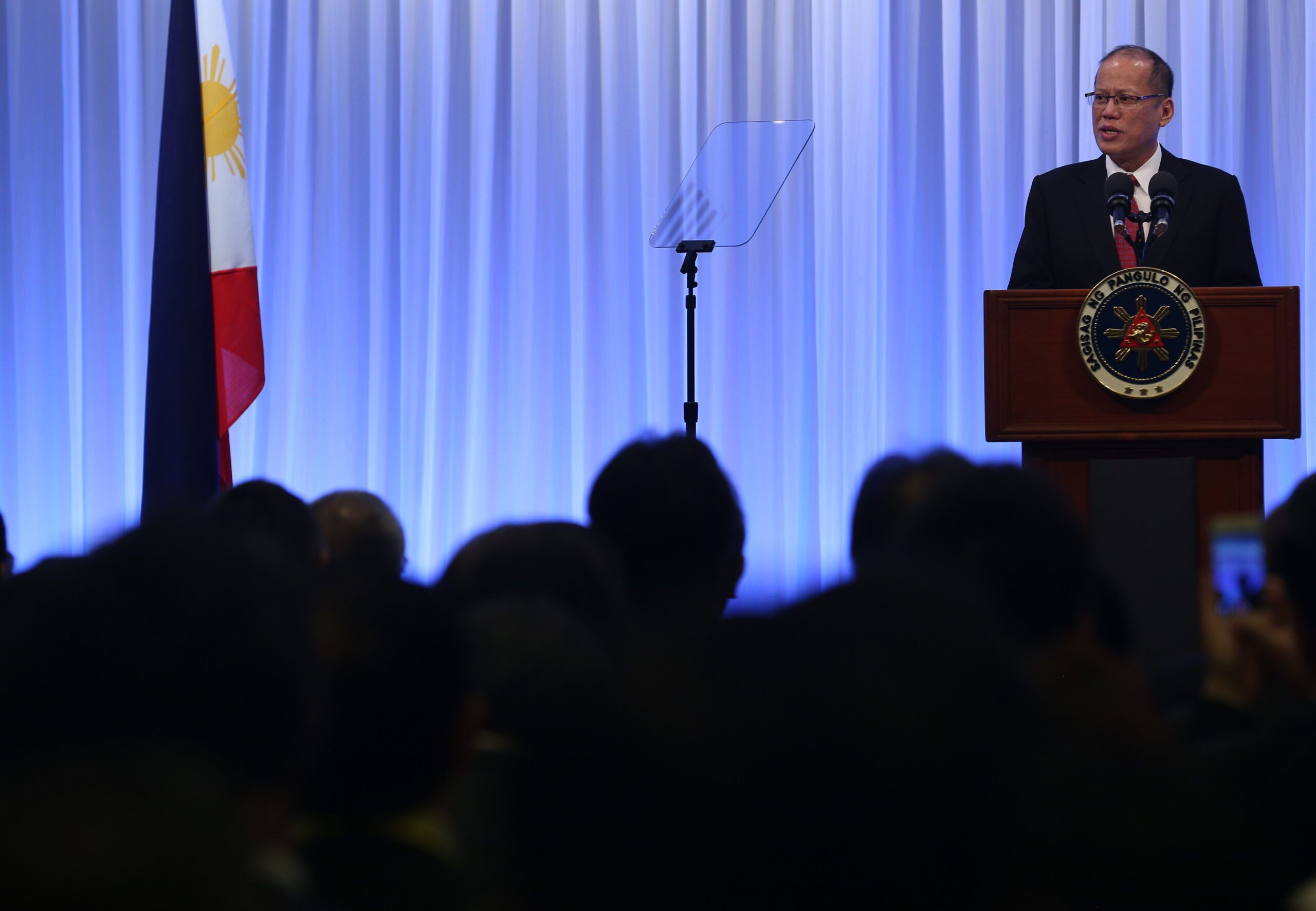 “We have not joined the AIIB. We have not indicated that we are ready to join also,” Aquino said in response to questions at the Nikkei 21st International Conference on the Future of Asia in Tokyo.

Aquino said the China-funded Northrail project approved during the Arroyo administration – and later scrapped under his watch – is a cautionary example of why the government is exercising due prudence in joining the AIIB.

“We are unfortunately also possessor of an experience wherein there was a concessional loan allegedly granted to my predecessor, which once operational was neither concessional nor helpful to our country,” Aquino said.

The Northrail project, funded by a $400-million loan from the Export-Import Bank of China,  was among the controversial  projects that hounded the Arroyo administration.

The project was awarded to the China National Machinery and Equipment Corporation (CNMEC) in 2003 for an original cost of $421 million. In 2009, CNMEC increased the contract price to $593 million, with the government agreeing to shoulder the difference.

In 2011, the Aquino administration scrapped the project over lingering legal issues and corruption allegations. Even so, the Philippines had an obligation to pay China Exim a little over $180 million in 4 tranches every 6 months starting September 2012, as non-payment of the loan could hurt the country’s credit ratings.

Given this experience with China, Aquino said Philippine officials have to determine whether joining the AIIB would be “a net positive or not,” especially given the current strained ties between the two countries over the South China Sea dispute. (READ: Aquino repeats ‘Nazi’ remark vs China)

“I think it behooves our sense of fiscal responsibility to look at how the governance structure of the AIIB will be, so that the economic help that is supposed to be afforded will not be subjected to vagaries of politics between our countries and the lead proponent,” Aquino said.

He added:  “That, I think, is the most prudent avenue or action that our country could take given the experience that we had….The only thing we can show for the hundreds of millions of dollars that we had to pay immediately was about a kilometer of columns and the plans for this project. So that behooves us to be very, very cautious whether or not to join the AIIB.”

On  the upcoming ASEAN Economic Community (AEC), Aquino said that the lure is to become part of a 600-million strong market where each of the 10 member-states can complement each other.

Asked about problems faced by other integrated regions such as the European Union (EU), Aquino said the ASEAN formula of consensus building, through criticized, has been very successful.

“I would like to hope that the emphasis on getting along with each other, of not giving offense, which is an Asian mindset, will lead to foundations that are more solid, that on which we can build upon better relationship among our countries,” he said.

Responding to questions, Aquino also clarified that the Philippines has not declined the invitation to join theTrans Pacific Partnership. He said that the country has yet to be formally invited to the TPP, but is interested to join it.

“We were not part of the first group that organized it, and under the rules, we do have to wait for their formal invitation before we can actually join the TPP. But we are very, very interested in joining the same,” he said.

The TPP is an ambitious effort that seeks to reduce tariffs among participating markets, and establish standards for a number of issues, such as intellectual property, environment protection, and labor rights. It is being negotiated between the US and 11 other countries, including Japan, that account for about 40% of the global economy.

Aquino added that the country would want to go into all the free trade agreements, that would be mutually beneficial for all parties concerned.

“Our people will be asked: ‘Do you want to go back to where it was or do you want to stay where we are now and perhaps even accelerate?’ And I don’t think anybody, except for a very few who benefited from the old system, will want to return to the old system,” he said.

Aquino expressed confidence that those who have benefitted from his reforms would ensure this “continuity” – apparently, by supporting the still unnamed administration standard bearer in 2016.

He said his administration’s primary goal from the start is to pursue inclusive growth, or economic growth that is felt by all, and cited  the conditional cash transfer program, which was expanded to also cover families moving from place to place.