200 Japanese firms in China want to move to PH 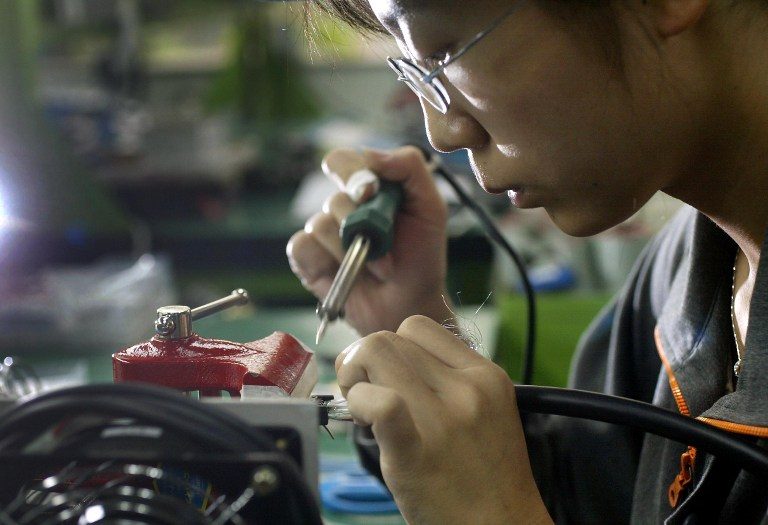 MANILA, Philippines – Around 200 Japanese companies in China want to relocate their bases here in the Philippines, as declining economic growth and rising wages there are making it difficult for them to continue doing business.

“As of now, there are about 1,700 Japanese companies in the Philippines. But we continue to receive inquiries from about 200 manufacturers in China, saying they want to relocate here,” Japanese Chamber of Commerce and Industry of the Philippines Incorporated vice president Nobuo Fuji responded to Rappler via text message on Friday.

Japanese companies that have set up their bases here in the Philippines include:

Fuji said Japanese wristwatch maker Citizen and Mitsubishi Power Industries are some of the companies in China that are heading for the exits and move their manufacturing plants in the Philippines.

“In China, there are so many companies invested, but they face wage increase, historical problems, labor strikes, and so on. They want to relocate to other countries in ASEAN (Association of the Southeast Asian Nations), and the Philippines is attractive for them,” Fuji said.

According to a Nikkei report, minimum wages in China have almost doubled over the past 5 years. Labor-management disputes over factory closure have also become common in China, according to Nikkei. Labor disputes and rising wages are not the only reasons China is losing its competitive edge as a business destination for Japanese firms.

On Thursday, June 4, the Philippines and Japan blasted China for its reclamation work in the South China Sea.

In a joint statement, President Aquino and Japanese Prime Minister Shinzo Abe criticized Beijing for building 2,000 acres (800 hectares) of artificial islands in the disputed area, which is a busy shipping lane.

“Because of English-speaking workforce and tax benefits given to investors, many Japan companies from China are considering relocation here in the Philippines,” JCCI’s Fuji said.

Many of the about 200 Japanese manufacturers, according to Fuji, are eyeing to set up factories in “PEZA (Philippine Economic Zone Authority) areas like Calabarzon (Cavite, Laguna, Batangas, Rizal and Quezon).”

“Another reason why they are interested in the Philippines is because of EU (European Union) duty-free entry,” Fuji added.

Last December 25, the Philippines was included in the EU’s Generalized Scheme of Preferences Plus (GSP+) tariff reduction program. That GSP+ status, which meant 6,274 Philippine products such as fruit, coconut oil, footwear, fish and textiles, will be charged zero duty. – with reports from Agence France-Presse/Rappler.com