Jun 10, 2015 1:48 PM PHT
Rappler.com
Facebook Twitter Copy URL
Copied
According to Nielsen’s Shopper Trends report, 29% of Filipinos said they visited convenience stores in the past 4 weeks, compared to only 8% in 2012 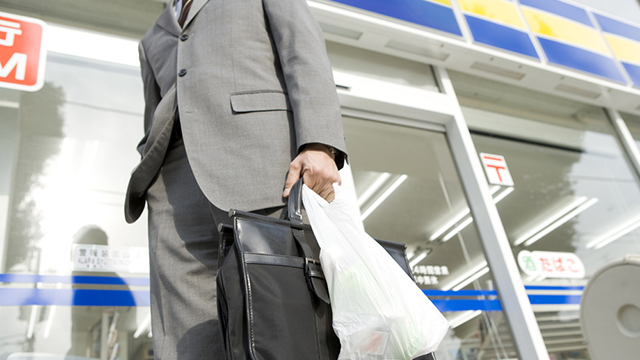 MANILA, Philippines – As cities and urban centers continue to expand in the next 10 years, convenience-driven lifestyle will wield a strong influence on Filipinos’ shopping habits and way of life, according to Nielsen’s Shopper Trends report.

Released by the global performance firm on Tuesday, June 9, the latest Shopper Trends report reflects the increased patronage of convenience stores:  29% of Filipino shoppers said they have visited convenience stores in the past 4 weeks, compared to just 8% of the population in 2012.

There is a growing number of convenience stores, following their rising popularity among consumers.

Among retail channels, convenience stores saw the most rapid expansion at 8%, with a store count of 2,900 compared to about 1,000 stores in 2011, Nielsen reported.  In comparison, supermarkets grew by 6% and grocery stores by 2%.

Key players like 7-Eleven and Mini Stop have stimulated this solid growth as they have started to expand their footprint into the provinces. This growth is also driven by cross border investments from regional players such as Alfamart, Family Mart, and Lawson, which have partnered with local companies such as the Ayala Group, Puregold, and the SM Group, Nielsen added.

Value sales in convenience stores have also increased by 11% in April 2014 versus the same period in 2013.

Nielsen’s Shopper Insights Leader in the Philippines Ann Navalta said that premiumization and urbanization are significantly influencing the way consumers are purchasing products, with growth going beyond megacities to second-tier cities.

“Time is becoming a precious commodity and to cope, consumers are looking and willing to spend for products and services which provide convenience,” Navalta said.

“The chief mission in convenience stores in the Philippines is to buy a meal or snack or to fulfill a craving for a particular food or beverage. To offer even greater convenience to their shoppers, a growing number of convenience stores provide areas where shoppers can eat and socialize,” Navalta said.

Apart from RTE meals, shoppers also go to convenience stores for quick shopping trips to satisfy an immediate need. Among the top 10 categories are various food and beverages that shoppers can grab quickly to satisfy an urgent need.

Navalta said that convenience for most urban Filipinos is beyond a store format; it is more of a lifestyle.

“Convenience stores and manufacturers alike should develop products, packaging, formats or sizes that are driven by the need for convenience,” Navalta said.

She added that the store environment should always promote ease of shopping to allow shoppers to get in and out of the store quickly, so they can opt to use their precious time doing activities that matter more to them.

Shopper Trends is a syndicated annual report that Nielsen conducts across 54 markets globally, with an aim of providing a comprehensive overview of retail environment trends and an understanding of shopping behavior across the different trade channels. – Rappler.com

Man who shopped in a convenience store image via Shutterstock