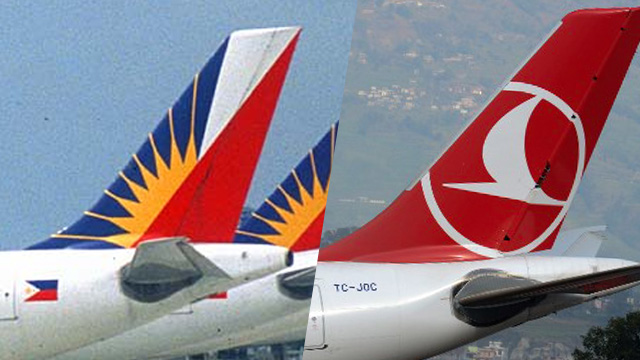 Bautista said the partnership will further drive demand for tourist and business travel between the Philippines and Turkey.

Both carriers intend to expand the agreement once flight entitlements between the Philippines and Turkey increase.

“We are extremely pleased to sign this code share agreement with Philippine Airlines and we aim to improve this partnership in order to maximize the travel opportunities of our passengers by offering a wider array of flight choices through the networks of both airlines,” said Dr. Temel Kotil, deputy chairman and chief executive officer of Turkish Airlines.

The Philippines and Turkey signed a new air agreement early this June, increasing the number of flights between Manila and Istanbul to 7 weekly from the current 3 flights per week.

Both parties also agreed to allow 14 flights per week between Turkey and all other international airports in the Philippines, except the Ninoy Aquino International Airport (NAIA) in Manila.

Turkish Airlines, which launched its Istanbul-Manila flights this March, is planning to increase their operations to 7 flights per week starting October this year from the current 3 per week. – Rappler.com