BPO revenues to overtake OFW remittances in 2017 – IT expert

Jun 27, 2015 9:00 AM PHT
Marchel P. Espina
Facebook Twitter Copy URL
Copied
Income from outsourcing industry was at $18.9 billion in 2014, and is expected to grow by 15% to 18% every year, says Jose Mari Mercado, president of the Information Technology-Business Process Association of the Philippines 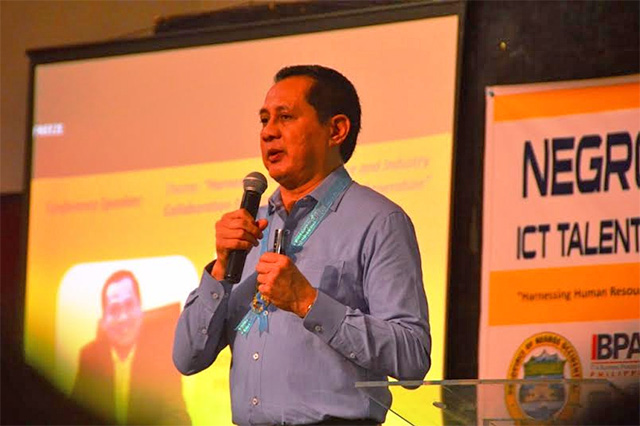 NEGROS OCCIDENTAL, Philippines – With more than one million people working for the business processing outsourcing (BPO) industry, its contribution to the Philippine economy is seen to overtake the income remittances from overseas Filipino workers (OFWs) in the next two years.

This was according to Jose Mari Mercado, president of the Information Technology-Business Process Association of the Philippines, who spoke at the Talent Development Expo in Talisay City on Friday, June 26.

He said the growth rate of OFW contribution was pegged at 6% every year, while “the Information Technology industry is growing by 15% to 18% every year.”

Mercado, along with the country’s IT leaders, was here in the province for the 4-day expo, which opened Friday.

Citing data from the Bangko Sentral ng Pilipinas, Mercado said that the remittances from OFWs is $25 billion in 2014, and would grow by 6% percent every year.

He said: “If the growth rate remains, the BPO will overtake the income of OFW in 2017. The number of investors and companies coming to Philippines has not slowed down, it’s going up.”

He said that the biggest challenge to the industry is to always make sure that the talents have capability needed by the industry. “There are enough graduates in Negros Island, but we have to make sure they have the competencies needed to be able to work for our industry.”

He urged young people to “go to this industry. Understand that you need to study on something where there is a job waiting.”

Negros Occidental Governor Alfredo Marañon Jr agreed with the projection of Mercado, as he reiterated that “there’s a huge potential in IT.”

The governor said that IT will close the gap between the rich and the poor: “65% of our population is below 35 years old. Make your future bright. I believe that IT is the answer to your futre.”

He stressed that the provincial government is “supporting this industry, we are inviting many locators to locate here.”

Marañon championed the Negros First CyberCentre, an IT hub, here. The facility is expected to generate 6,000 direct jobs and 20,000 indirect jobs in two years.

The governor said that “we have to train our young people. We have to infuse and change some curriculum.”

He said that he will meet with colleges, universities, and IT schools on this, adding that “teachers needed to be trained on English, too.” – Rappler.com