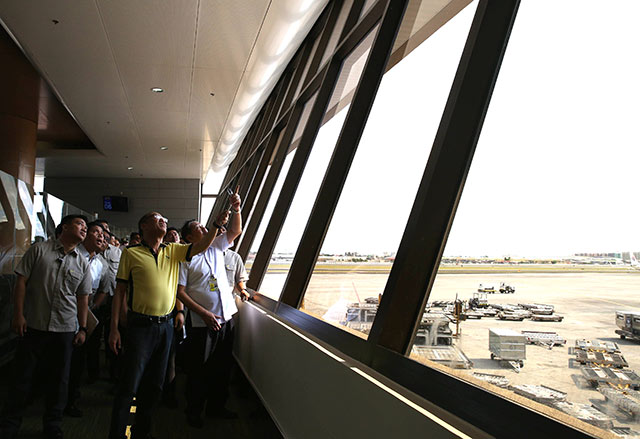 MANILA, Philippines – Due to its unresolved safety concerns and poor infrastructure, the Ninoy Aquino International Airport (NAIA) has been tagged anew as one of the high-risks airports in the Asia-Pacific region, a paper published by the International Air Transport Association (IATA) showed.

In a recently-released paper entitled “Immediate and long-term priorities for Manila Airports,” IATA said member airlines have grave concerns about the safety of the ground movement operations and management of the airside infrastructure at the NAIA.

Airlines routinely characterized NAIA as one of the top high-risk airports in the Asia-Pacific region from 2010 to 2013 due to air traffic management issues. These include extended holding, vectors and delays, non-standard air traffic control procedures, among others.

Thus, Blair Cowles, IATA regional director for safety and flight operations in the Asia-Pacific, issued on May 26 an operational notice to all airline members flying to the Philippines via NAIA.

Cowles said the association had received an increasing number of airline safety reports since 2012. These cited deficiencies in airport signage, markings, lighting, and charting, particularly at the intersection of Runway 31/13 and Runway 06/ 24, known as “hotspot” area.

Flight crews had described this “hotspot” area as poorly lit, featuring markings and signage that are non-standard and poorly maintained, and confusing due to the complex configuration of taxiways, IATA said.

IATA added it had received 3 reports of runway incursion events in the “hotspot” area since November 2014.

To reduce airside ground safety risks at the “hotspot” area,” IATA said ground movement aids should be installed and maintained while air traffic control procedures should be put in place.

Aeronautical charts should be updated to accurately depict the existing airfield layout, dimensions, and markings, it added.

IATA also reiterated that more efficient air traffic control and improvements in the runway system are needed. These will optimize the current capacity and increase the throughput to 51 or even 56 take-offs and landings per hour from the current 40 movements.

“An increase of 40% in capacity will go a long way in reducing the congestion issues at the airport,” IATA said.

The government should also reprioritize sufficient investment and resources in NAIA over the short- to medium-term to relieve congestion and help address current capacity constraints.

“Limited investment in NAIA will continue to result in the ongoing degradation of passenger experience. This will have a detrimental impact on the airport’s ability to attract transfer traffic, and the airport’s reputation in the region,” it said.

Also being pushed are the construction of all new terminal buildings with sufficient structural flexibility to safeguard for evolving trends in the industry, additional building levels, power requirements, new aircraft types, emerging technologies, changing security and immigration requirements, and the ability to improve levels of service.

The government could also use the Clark International Airport in Pampanga as an interim solution to alleviate some of the current capacity issues of NAIA.

Instead, IATA said the Philippines should develop a new greenfield airport with sufficient capacity to meet Manila’s aviation needs within a 50 kilometer radius from the city center. (READ: Sangley airport as 3rd NAIA runway?) – Rappler.com