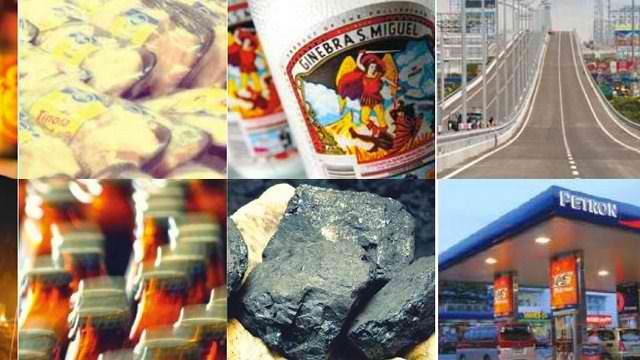 Facebook Twitter Copy URL
Copied
San Miguel has invested about P450 billion ($9.95 billion) over the past 7 years in new ventures and expansion of existing core businesses

San Miguel told the Philippine Stock Exchange on Tuesday, July 14, that its board of directors approved the issuance and sale of 446.447 million Series 2 Preferred Shares at a price of P75 ($1.67) per share.

The preferred shares, which will be issued in 3 sub-series, will be registered with the Securities and Exchange Commission and will be listed with the local bourse.

“For these purposes, the Board has authorized the engagement of the services of underwriters, advisors, legal counsels, stock and transfer agent, receiving agent/bank, and other agents as may be necessary, proper or desirable to effect the offering,” San Miguel said.

No other details were provided, including timetable and use of proceeds.

San Miguel has invested about P450 billion ($9.95 billion) over the past 7 years in new ventures and expansion of existing core businesses. Last month, the diversified conglomerate said it may raise more funds through issuance of preferred shares, depending on market opportunities.

During the company’s stockholders meeting, San Miguel obtained shareholders’ approval to reclassify 810 million Series 1 preferred shares to Series 2 and its subsequent re-issuance in whole or in part.

San Miguel is a food, beverage, and packaging company established in 1890 initially as a single-product brewery.

Since then the conglomerate has transformed itself into a diversified conglomerate with market-leading businesses and investments in the fields of fuel and oil, energy, infrastructure, telecommunications, mining, and banking.

The conglomerate is currently on expansion mode and has been bidding in various infrastructure projects.

It also recently expressed interest in bidding for the government’s stake in United Coconut Planters Bank.

The conglomerate’s 2013 net income included P40 billion ($884.57 million) in one time gain from the sale of the company’s stake in Manila Electric Company.