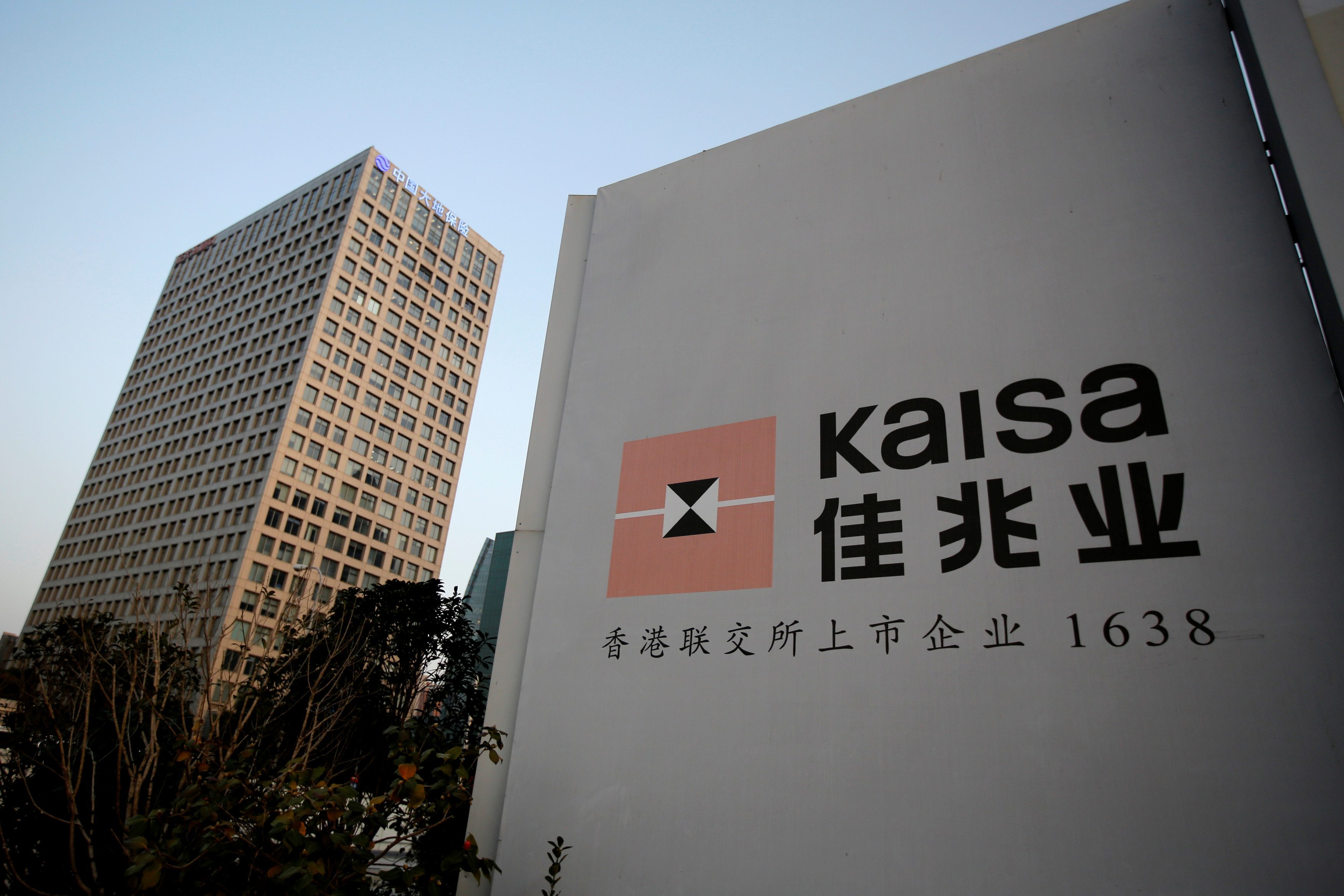 KAISA GROUP. A construction site by Chinese property developer Kaisa Group is seen at an area of downtown Shanghai, February 17, 2015.

Facebook Twitter Copy URL
Copied
Kaisa Group, which has the most offshore debt of any Chinese developer after China Evergrande Group, has not paid coupons totaling over $59 million due on November 11 and 12, with 30-day grace periods for both

Some offshore bondholders of embattled Chinese developer Kaisa Group who did not receive coupon payments this month have tapped investment bank Moelis & Company to advise them on the matter, a source with direct knowledge told Reuters on Tuesday, November 23.

Kaisa, which has the most offshore debt of any Chinese developer after China Evergrande Group, has not paid coupons totaling over $59 million due on November 11 and 12, with 30-day grace periods for both.

Bloomberg reported earlier on Tuesday that an ad hoc group of offshore bondholders is also seeking advice from lawyers at Kirkland & Ellis, besides Moelis.

Kaisa has been scrambling to raise capital by divesting some of its assets including some land developments and the Hong Kong-listed property management unit. Reuters reported last month that Kaisa was seeking buyers for two residential sites in Hong Kong.

After repaying the loans for the land which Kaisa bought for HK$3.5 billion early last year, the Chinese developer will be able to book a profit of HK$1.3 billion, the source said.

CITIC and Bank of East Asia will provide a total of HK$4-billion financing to Choi, while Huatai Financial will lead a $150-million mezzanine loan.

Kaisa declined to comment on bondholders hiring advisors and the land sale. There was no immediate comment from Moelis and Kirkland & Ellis to a Reuters query sent outside US working hours. Choi could not be reached for comment.

The Shenzhen-based developer, which was downgraded by Fitch last week to “C” from “CCC-” on the missed coupon payments, has another big test coming up – a $400-million maturity on a 6.5% dollar bond due on December 7.

Kaisa has also missed some payments on its wealth management products onshore, and this month it pleaded for help from creditors and said it will not pay interim dividends.

Chinese developers are facing an unprecedented liquidity squeeze due to regulatory curbs on borrowings, causing a string of offshore debt defaults, credit rating downgrades, and sell-offs in some developers’ shares and bonds in recent months.

Evergrande, the world’s most indebted developer which is at the center of the crisis, has been stumbling from debt-repayment deadline to deadline as it grapples with more than $300 billion in liabilities. Moelis and Kirkland & Ellis are advising a group of offshore bondholders of Evergrande.

Market participants and analysts expect Chinese policymakers to ease some tightening measures in an effort to avoid a further liquidity crunch in the sector.

Some Chinese banks have been told by financial regulators to issue more loans to property firms for project development, two banking sources with direct knowledge of the situation told Reuters on Monday, November 22.

However, the authorities have yet to publicly give any signal that they will relax the “three red lines” – debt ratio requirements introduced by the central bank last year that developers must meet to get new bank loans.

Property shares generally gained on Tuesday, with top players Country Garden and Sunac China rising over 2%, and Agile Group and R&F Properties up over 5%. Evergrande jumped as much as 11.3%. – Rappler.com