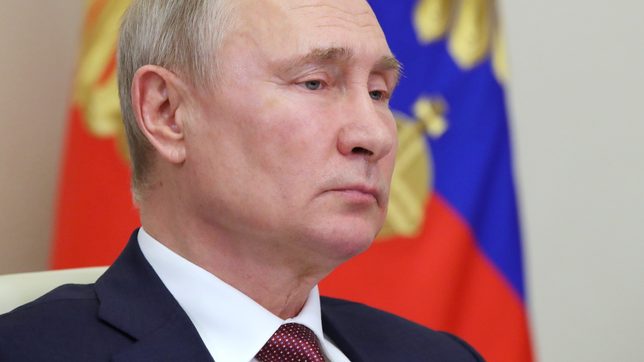 Russia’s far east is grappling with a shortage of some essential goods due to logjams at its ports caused by the global supply chain crisis, the Kremlin said on Tuesday, November 9, responding to an online petition complaining of empty shop shelves.

“Potatoes are running out, only one shop still has them. The pork is nearly gone. There’s no lamb, and almost no fish,” said the petition addressed to President Vladimir Putin by a resident in the far eastern region of Chukotka.

The petition, which has no legal force but has gathered more than 40,000 signatures of support, also said that fruit, milk products, and eggs were hard to come by in various villages in the remote region.

“There are some logistical problems caused by the international logistics crisis developing in recent weeks,” spokesman Dmitry Peskov told reporters. “The ports in the far east are indeed overloaded.”

Russian market players told Reuters in October that explosive growth in sea shipping costs was pushing Chinese manufacturers to send more goods via rail across Russia, instead of by ship through the Suez Canal, as global sea ports have snarled up.

That in turn has strained Russia’s limited transport capacity.

The regional governor of Kamchatka on Russia’s Pacific rim raised the problem last month and said that some goods supplies to the region were being delayed by as much as three months.

The governor of Sakhalin, another far east region, said at the beginning of November there was a tailback of containers stuck in ports in and near the city of Vladivostok.

A transport sector source told Reuters that Chukotka, Kamchatka, Magadan, and Sakhalin region all depend on Vladivostok’s ports for goods supplies.

Those ports have struggled with the influx of cargo volumes, the source said. But Yuri Trutnev, a Kremlin envoy in the far east, said the number of containers stuck in the far east had fallen 30% to 5,300 over the last week, the Interfax news agency reported.

Russia’s transport ministry did not reply to a Reuters request for comment. – Rappler.com