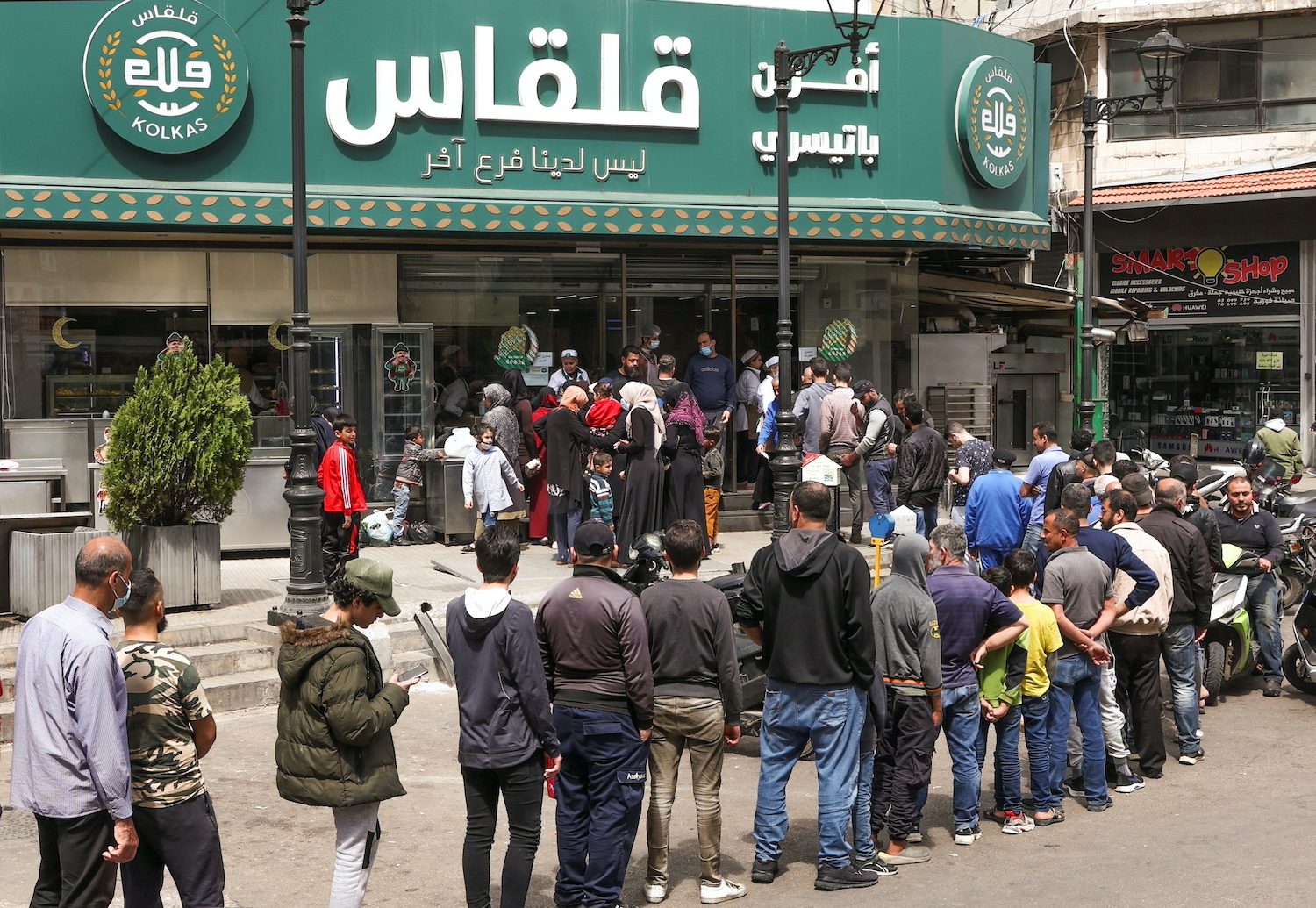 BEIRUT, Lebanon – Lebanon‘s government has agreed to disburse $15 million to temporarily resolve growing bread shortages in the country, Economy Minister Amin Salam told Reuters, while saying that the funds would only last a few weeks.

Long lines had begun forming outside bakeries across the country since Monday, April 11, after industry insiders warned that the government had not extended a long-promised credit line for the subsidized good.

“I’ve been looking around since the morning but I couldn’t find any bread – there’s none at all,” Mohammad Mustapha, one shopper in the southern city of Sidon, told Reuters.

“I have small children to feed, and it’s Ramadan,” he said, referring to the holy month for Muslims in which day-long fasts are broken with evening meals.

Salam said the government would disburse $15.3 million in credit to importers as a “solution to the issue of subsidized bread.”

“This will give us a period of about two to three weeks before we need to open another credit line, which we had requested at $21 million,” Salam said.

He said the government was not currently considering lifting bread subsidies and would instead seek a $150-million agreement with the World Bank to improve food security because in the long term “we won’t be able to subsidize anything, much less bread.” Lebanon is heavily reliant on food imports and pays for them in dollars, which have become increasingly difficult to obtain since its economy crashed in 2019.

Since then, the Lebanese pound has lost more than 90% of its value while food prices have gone up more than elevenfold, according to the World Food Programme.

The bread shortage has been exacerbated by the war in Ukraine, which supplies most of Lebanon’s wheat, and Beirut’s inability to store wheat reserves as its largest silos were destroyed in the 2020 Beirut port blast.

“We don’t have silos and we don’t have money,” said Ghassan Bou Habib, vice president of Wooden Bakery, one of the country’s largest bakery networks. “Bread will become a luxury item – it will become an expensive commodity.” – Rappler.com