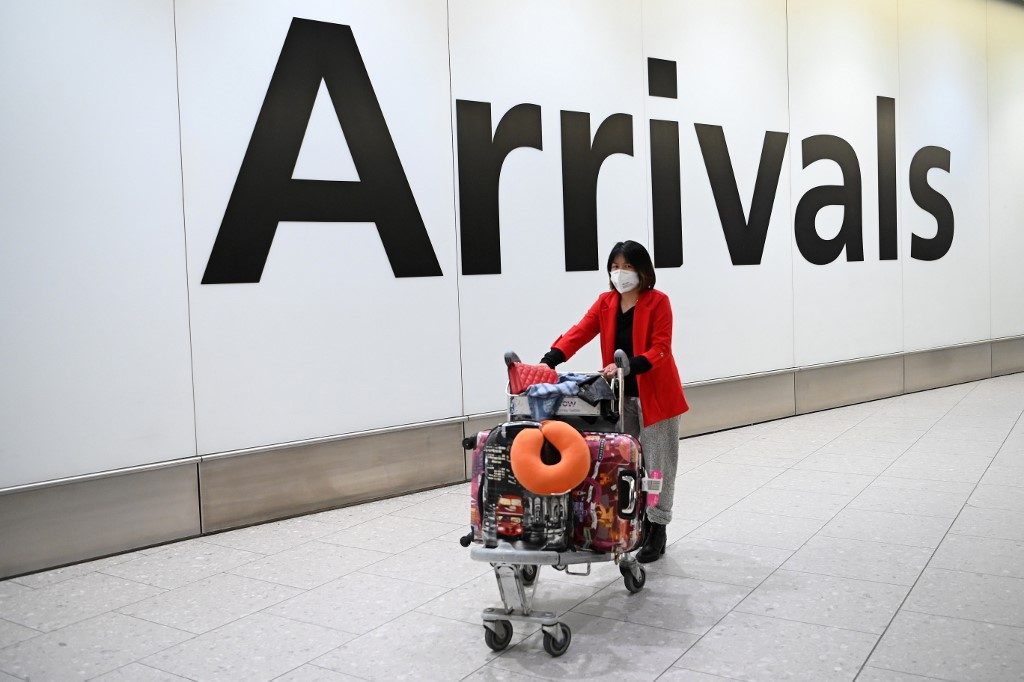 HEATHROW. A passenger arrives at Terminal 4 of London Heathrow Airport on January 28, 2020.

London’s Heathrow Airport on Friday, December 11, said its Terminal 4 will remain closed until the end of next year because of a slump in passenger numbers caused by the coronavirus pandemic.

The west London hub said passenger numbers fell by 88% last month from November 2019 due to continued travel restrictions and curbs on movement to cut COVID-19 infection rates across England.

Just 747,000 people used the airport in November and cargo volumes were also down year-on-year, it added.

“Based on current forecasts and continued decline in passengers, the decision has been taken for Terminal 4 to remain non-operational until the end of 2021,” it said in a statement.

During the United Kingdom-wide coronavirus lockdown from March, Heathrow shut Terminal 3 in April and Terminal 4 in May, switching all flights to terminals 2 and 5.

The airport, which is seeking cost-savings and has put an investment project on hold, appealed to the government for more support to protect jobs.

It wants a full business rates tax relief for all UK airports, and for plans to end tax-free shopping for international travelers from January 1 to be scrapped.

Heathrow chief executive John Holland Kaye called the end to duty-free a “tourist tax,” which could be the death knell for struggling businesses in the hospitality sector reliant on tourism.

The scrapping of duty-free shopping would likely see 2,000 jobs lost at Heathrow alone, he said.

“To make ‘Global Britain’ a reality, the government should be helping the aviation sector to survive, to develop routes to our key trading partners, and attract businesses and tourists to come to Britain to spend their money,” he added.

Before the global health crisis, Heathrow was the biggest airport in Europe, but it has since lost business to other hubs including Paris Charles de Gaulle.