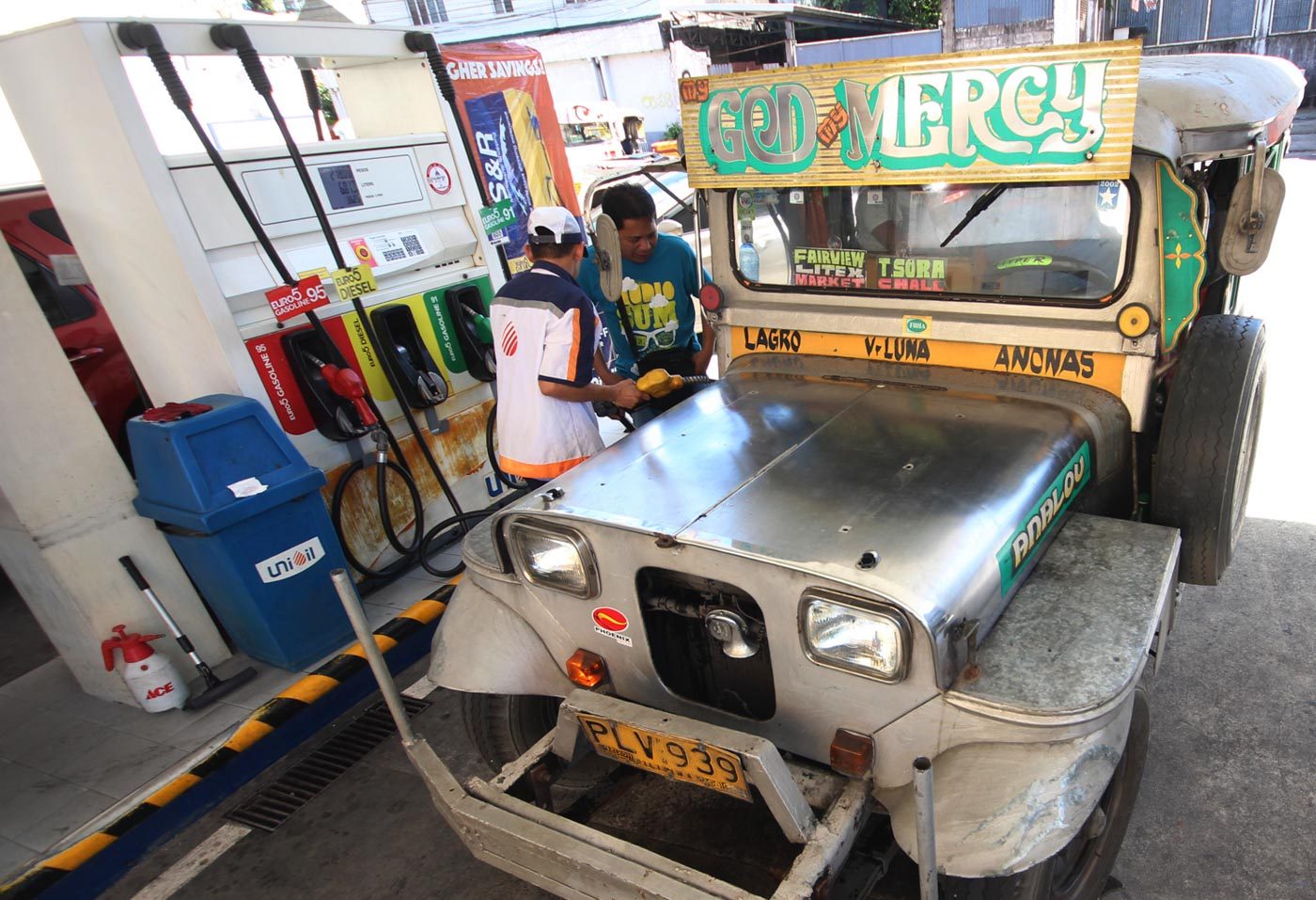 A gasoline attendant fills up gas to a passengers jeep at a gasoline station in Quezon City on Saturday, January 12, 2019. Photo by Darren Langit/Rappler

Here are the new rates, which will be made effective on October 4:

LTFRB earlier said that the agency “recognized the need for a fare increase following the continuing rise of oil prices, and consulted the National Economic Development Authority and the Department of Energy on the matter.”