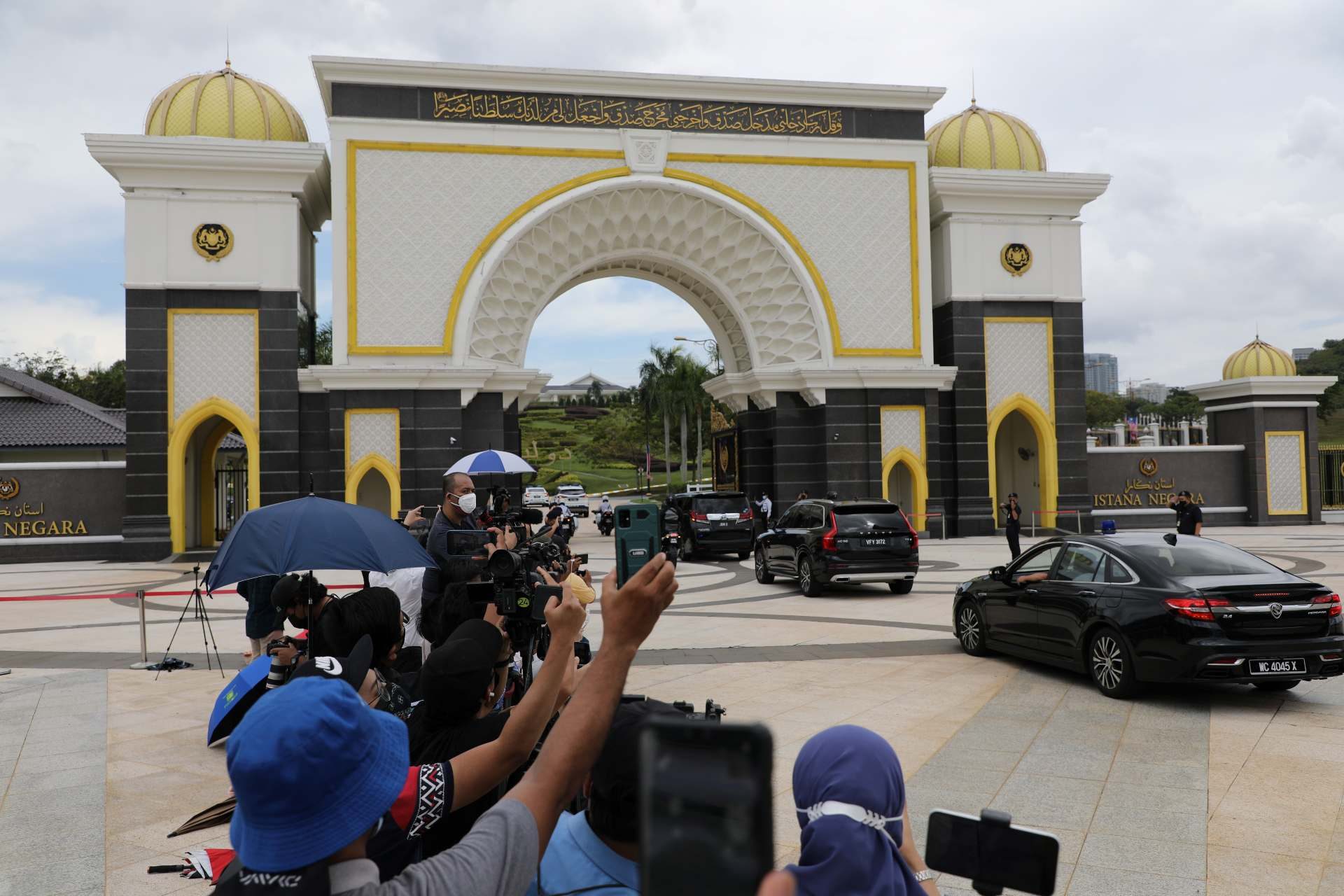 CRISIS. A view of the National Palace in Kuala Lumpur, Malaysia, August 16, 2021.

Facebook Twitter Copy URL
Copied
The priority for investors is for a stable leader to emerge as Malaysia's economic outlook turns cloudy, but the way through the political crisis is unclear

Malaysia’s currency fell to a one-year low on Monday, August 16, and analysts forecast further pressure on the country’s financial markets as the prime minister’s resignation raised the prospect of protracted political instability and uncertainty.

PM Muhyiddin Yassin said he quit after losing the confidence of parliament, though Malaysia’s king said he will remain caretaker leader until a replacement is found.

Muhyiddin has no obvious successor yet and, with his Cabinet also resigning on Monday, investors worried a political impasse could delay raising the national borrowing limit and stymie much-needed state spending while the COVID-19 pandemic rages on.

The ringgit fell about 0.1% to touch 4.2430 per dollar, its lowest since July 2020, while the benchmark stock index slipped 0.4%. Sovereign yields and credit default swaps were mostly steady.

“The issue is that there is no clear replacement which raises uncertainty further and that means more economic stagnation,” said Trinh Nguyen, a senior economist at Natixis in Hong Kong.

“With the ongoing political crisis, it’s very difficult to see Malaysia engineer a different growth trend. That means that it falls further behind regional counterparts such as Vietnam.”

Muhyiddin’s leadership has been precarious since he took power with a slim majority 17 months ago.

Investors’ perception matters because foreigners hold about 40% of Malaysia’s sovereign debt. Foreign money has been flowing out of the country as the pandemic and political instability have delayed economic planning and stalled attempts at tax reform.

Malaysia’s stock market has logged 25 straight months of outflows and lagged regional peers, falling 8% so far this year while benchmarks in Indonesia, Thailand, and Singapore have gained roughly 1%, 5%, and 11%, respectively.

The gap between Malaysia’s sovereign bond yields and the yield on Indonesia’s traditionally riskier government debt has also come under pressure from foreign flows, squeezing the difference at the 10-year tenor to its narrowest in three years this month.

“Uncertainty is likely to weigh on the performance of local currency assets and the ringgit in the near term,” said analysts at Citi who said 10-year yields, currently around 3.23%, could rise above 3.4% in coming weeks.

The priority for investors is for a stable leader to emerge as the economic outlook turns cloudy, but the way through the political crisis is unclear.

King Al-Sultan Abdullah has said elections are not the best option, however there is no candidate with the parliamentary numbers to take over.

“We are, at the macro level, quite optimistic…but the situation in politics is something that needs to be resolved soon to keep that in place,” said Mohamed Faiz Nagutha, ASEAN economist at Bank of America Securities in Singapore.

“What’s important for me is that there is a government in place…the worst would be if over the long term some of the medium-term policies were sidelined as a result of this situation.” – Rappler.com