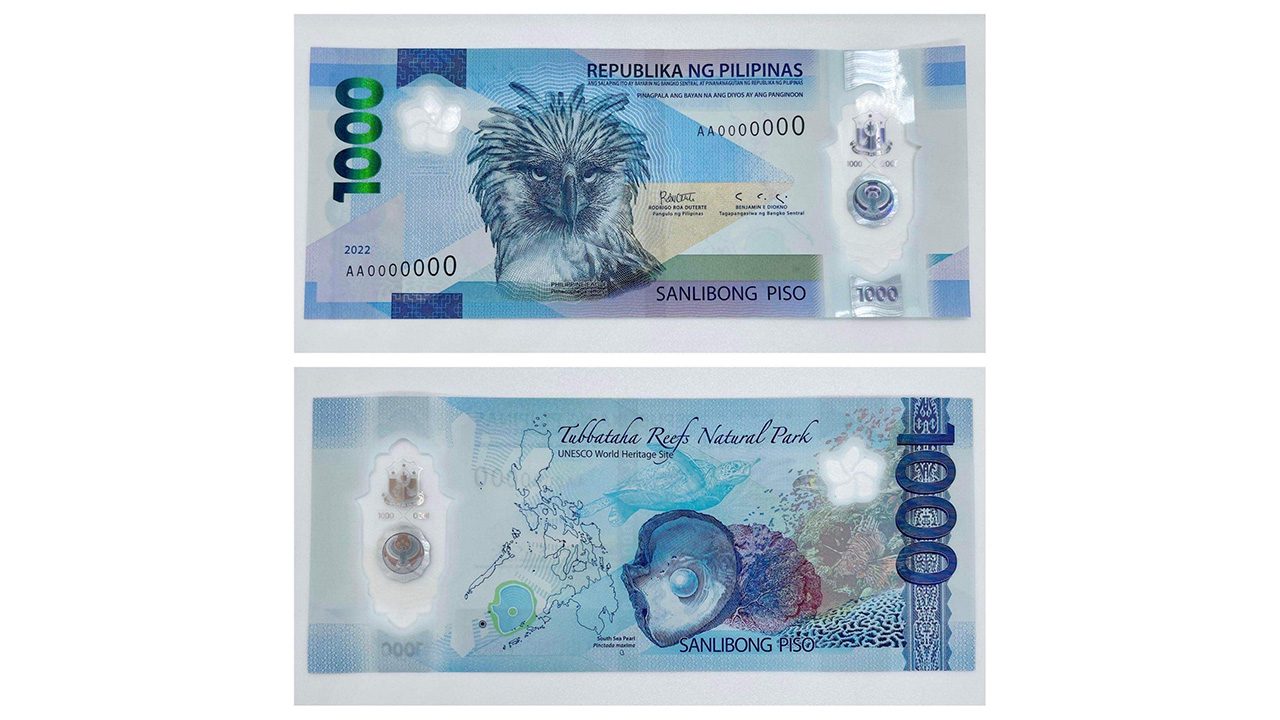 Facebook Twitter Copy URL
Copied
(1st UPDATE) The new P1,000 bill will be part of the limited polymer or plastic bills to be released in 2022

The new design, which now prominently shows the Philippine eagle, was designed by the BSP and approved by the National Historical Commission of the Philippines, according to BSP Governor Benjamin Diokno.

Diokno said the Monetary Board (MB) and the Office of the President have approved the issuance of the new bill, which will be part of the limited polymer or plastic bills to be released in 2022.

Diokno said the Philippines will receive the new banknotes in April 2022. Diokno also said the misspelled scientific name of the Philippine eagle – supposedly Pithecophaga jefferyi and not “Pithecophega jefforyi” as shown in the design – has been corrected.

Asked if the P500 bill, which features the country’s democracy icons – the late senator Benigno “Ninoy” Aquino Jr. and the late former president Corazon Aquino – would also be replaced, Diokno said there are no discussions on that topic yet. He also explained why the P1,000 bill was prioritized.

“No such discussion went into the MB decision-making process. Arguments why P1,000 bill and not other denomination: first, it is the most in-demand, hence the cost efficiency gain will be the highest; and second, it is also the subject of the highest attempted forgery – not that it is easy to forge; in fact, it has the most security features and thus the most difficult to forge,” answered Diokno.

The BSP is testing the use of polymer banknotes given its supposed longer life span, a move which does not sit well with the abaca industry. The central bank also said the shift to plastic banknotes will help in the fight against counterfeit bills. – Rappler.com