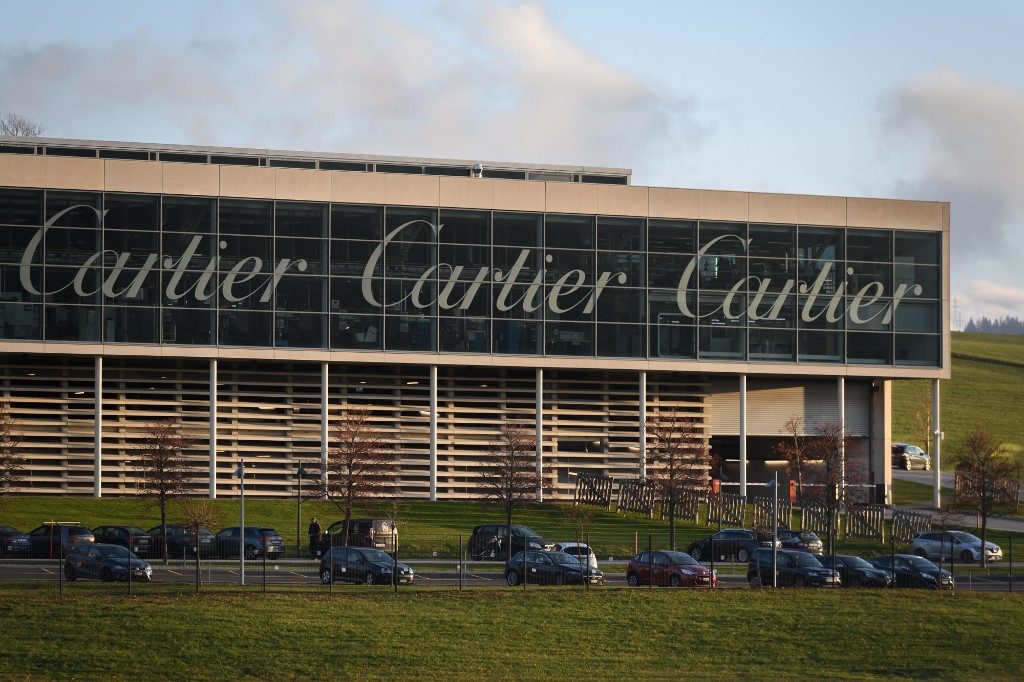 Facebook Twitter Copy URL
Copied
Swiss luxury giant Richemont, which counts Cartier among its brands, records an 82% slump in profits in the 1st half of its fiscal year

Profits tumbled at Richemont during the 1st half of its non-standard financial year, the Swiss luxury giant said on Friday, November 6, as pandemic gloom in Europe outweighed booming Chinese sales.

Richemont, which counts Cartier among its brands and is ranked second only to French giant LVMH in the luxury industry, saw profits slump by 82% in the 6 months to the end of September compared to the same period in 2019, to 159 million euros ($188 million).

Like many firms, Richemont’s sales were hit hard in the April through June period when many markets were under coronavirus lockdowns and then rebound in July through September after restrictions were eased.

If sales were down 26% over the entire period to 5.5 billion euros, they had nearly recovered, dropping by only 5% in the July-September quarter after having tumbled by 47% in April-June.

However there were differences among the regions: sales jumped by 78% in China in July-September, but this only “partly mitigated double-digit declines in Europe, the Americas, and Japan,” said Richemont.

While many Western nations eased coronavirus restrictions, international tourist travel remained frozen. This hurt the luxury sales in these countries as Chinese tourists had become a major clientele.

The company noted “strong domestic sales in China…benefited from very robust local demand in the absence of purchases overseas.”

Chairman Johann Rupert said Richemont’s “strong presence in China and an acceleration in digital initiatives have partially mitigated the consequences of temporary store closures and a halt in tourism worldwide.”

Richemont has allied itself with China’s giant online retailer Alibaba to reinforce its position and has for a number of years worked to develop online commerce, a sales channel that luxury houses were initially worried might damage their brands or hurt retailers.

It noted during the half year that 8 of its brands including Montblanc, Dunhill, Panerai, and Piaget had opened flagship stores on Luxury Pavilion, an exclusive invite-only app-within-app in Alibaba’s Tmall shopping app where high-end brands recreate the luxury environment of their physical boutiques. – Rappler.com