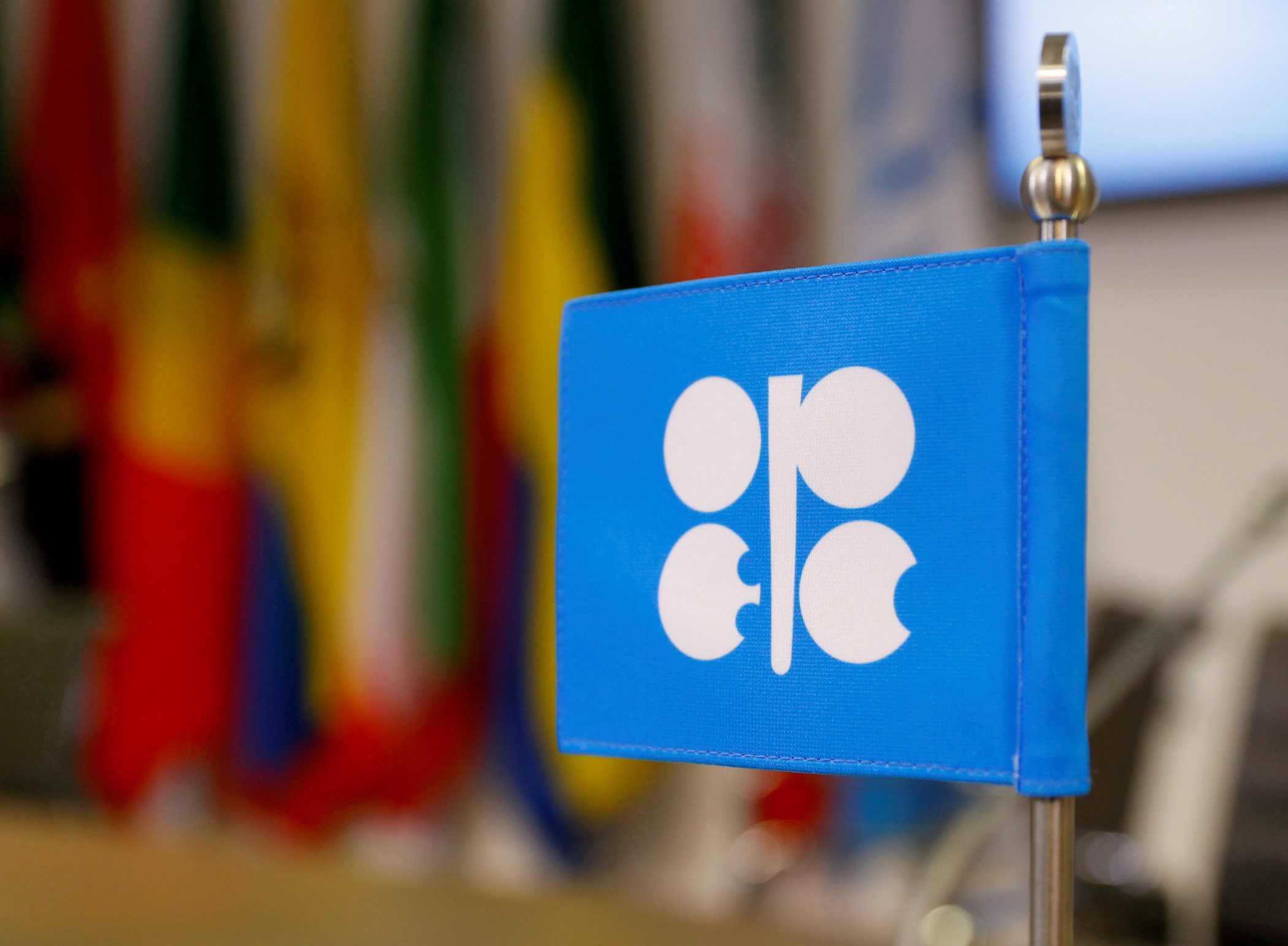 OPEC. The logo of the Organization of the Petroleum Exporting Countries is seen inside its headquarters in Vienna, Austria, December 7, 2018.

Facebook Twitter Copy URL
Copied
'It is well-known that OPEC+ does not discuss any decisions ahead of the meeting,' Saudi Arabian Energy Minister Prince Abdulaziz bin Salman is quoted by state news agency SPA as saying

Saudi Arabia on Monday, November 21, said that OPEC+ was sticking with oil output cuts and could take further measures to balance the market amid falling prices, denying a report it was considering boosting output, according to state news agency SPA.

The Wall Street Journal earlier on Monday reported an output increase of 500,000 barrels per day was under discussion for the next meeting of the Organization of the Petroleum Exporting Countries and its allies, known as OPEC+, on December 4. The report cited unidentified OPEC delegates.

“It is well-known that OPEC+ does not discuss any decisions ahead of the meeting,” Saudi Arabian Energy Minister Prince Abdulaziz bin Salman was quoted by state news agency SPA as saying, referring to the group’s next meeting in December.

Oil prices, which had slid more than 5% to below $83 a barrel after the Wall Street Journal report, pared losses following the minister’s comments. Brent crude was down 1% at $86.70.

Last month, OPEC+ unexpectedly decided to reduce output targets sharply. It would be unusual for the group to increase production at a time of declining prices and growing concern about the economic outlook.

Prince Abdulaziz was also quoted as saying OPEC+ was ready to reduce output further if needed.

“The current cut of 2 million barrels per day by OPEC+ continues until the end of 2023 and if there is need to take further measures by reducing production to balance supply and demand we always remain ready to intervene,” he said.

The WSJ said talk of a production increase has emerged after US President Joe Biden’s administration told a federal court judge that Saudi Crown Prince Mohammed bin Salman should have sovereign immunity from a US federal lawsuit related to the killing of Saudi journalist Jamal Khashoggi.

The immunity decision amounted to a concession to Prince Mohammed, bolstering his standing as the kingdom’s de facto ruler after the Biden administration tried for months to isolate him, the newspaper said.