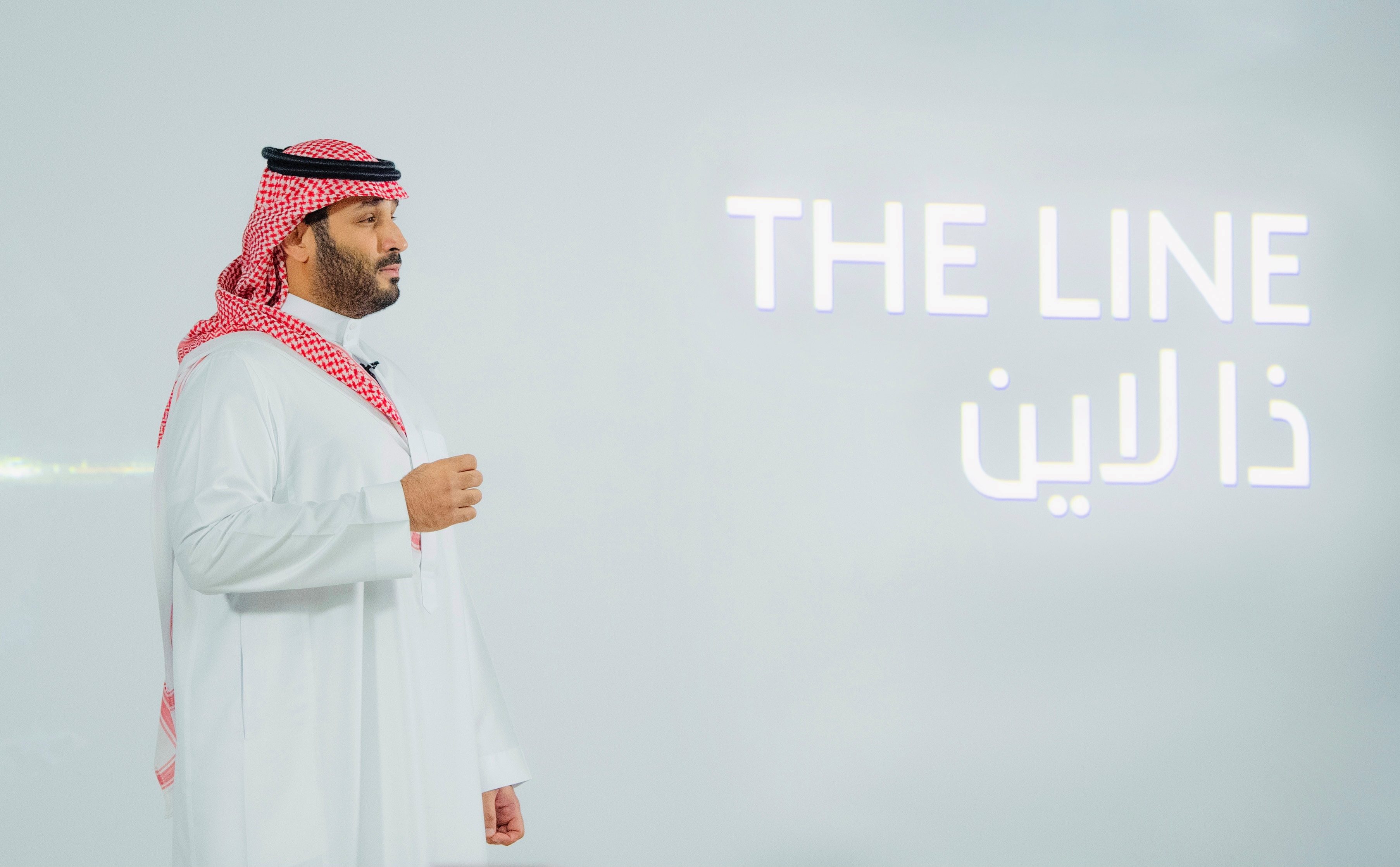 Facebook Twitter Copy URL
Copied
'We need to transform the concept of a conventional city into that of a futuristic one,' says Saudi Crown Prince Mohammed bin Salman

Prince Mohammed bin Salman, in a rare televised appearance, said the city, known as “The Line,” would extend over 170 kilometers (105 miles) and be able to house a million residents in “carbon-positive urban developments powered by 100% clean energy.”

“Why should we sacrifice nature for the sake of development?” Prince Mohammed said. “We need to transform the concept of a conventional city into that of a futuristic one.”

The prince later told reporters in the northwestern city of Al Ula that the project was the conclusion of 3 years of preparation, adding that its infrastructure would cost $100 billion to $200 billion.

“The backbone of investment in ‘The Line’ will come from the $500-billion support to NEOM by the Saudi government, PIF, and local and global investors over 10 years,” he added.

The kingdom’s sovereign wealth fund, the Public Investment Fund (PIF), is the cornerstone investor in NEOM, a 26,500-square-kilometer (10,230-square-mile) high-tech development on the Red Sea with several zones, including an industrial and logistics areas, planned for completion in 2025.

There have been few announcements regarding NEOM since it was announced by de facto ruler Prince Mohammed to much fanfare in 2017 as a pillar of his Vision 2030 plan to rid Saudi Arabia of its reliance on crude oil revenues.

A Saudi statement said construction would start in the 1st quarter of 2021 and that the city was expected to contribute $48 billion to the kingdom’s gross domestic product and create 380,000 jobs. – Rappler.com