SPACs on the rise on Wall Street and beyond 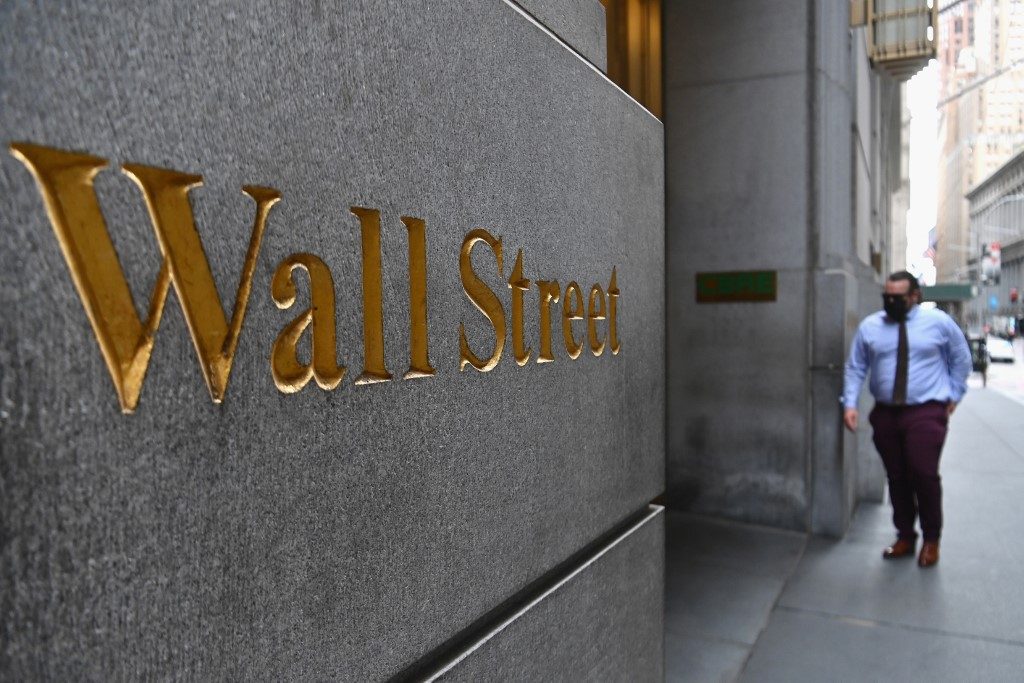 WALL STREET. A man walks near the New York Stock Exchange at Wall Street in New York City on August 31, 2020.

Facebook Twitter Copy URL
Copied
A SPAC, or special purpose acquisition company, has no commercial activities but is established strictly with the intent of entering public markets

Companies entering public markets turned to these investment vehicles in a big way in 2020, but SPACs have gotten attention from regulators and raised questions in the broader market.

A SPAC, or special purpose acquisition company, has no commercial activities but is established strictly with the intent of entering public markets.

SPACs are listed on the stock exchange as public companies and raise money through their initial public offering (IPO), typically selling shares at $10 each.

The company usually has two years to find a merger partner, generally a commercial venture that can generate interest among investors.

The money raised is held in an escrow account and can be returned to investors if no partner is found.

One quirk is that investors don’t know the ultimate target business, making the investment something of a blind bet.

“Frequently the SPAC indicates they’re planning on doing a merger in the tech business or the healthcare business,” said Jay Ritter, professor of finance at Warrington College of Business at the University of Florida.

“But sometimes it’s even more vague than that.”

In one high-profile example, a group of former Disney executives recruited basketball star O’Neal and the son of civil rights icon King for a SPAC in media and technology.

In another case, rapper Jay-Z joined a California cannabis company as part of a SPAC transaction.

Others who have entered the fray include the activist investor Bill Ackman and venture capitalist Chamath Palihapitiya.

Some familiar names have entered public markets in SPACs, such as Virgin Galactic, which was founded by Richard Branson, and Playboy.

SPACs have been a presence in the United States since the 1980s, but they are also catching on in other markets.

In France, Xavier Niel, Matthieu Pigasse, and Moez-Alexandre Zouari have collaborated to raise funds for a SPAC focused on sustainable goods.

Niel and Pigasse employed a similar initiative for the television production company Mediawan, which entered Euronext in 2016.

The SPAC trend reflects the method’s relative ease and efficiency for entering markets in an uncertain year, with the coronavirus pandemic and a trying presidential campaign.

“It’s a faster path,” said Kristi Marvin, founder of SpacInsider.com. “It’s also a little bit safer in the sense that the SPAC is already public.”

Plus, the vehicle provides “more surety of capital because you have a certain amount of funds in trust,” she added.

And transactions through SPACs are not known for generating the huge commissions to investment banks from other kinds of deals.

But there are still some risks: investors can call back their funds before a deal is finalized. Also, some investors avoid SPACs because they do not know what they are investing in.

SPACs were under more scrutiny following the controversy surrounding electric truck startup Nikola, whose rise was dented by allegations of fraud against its founder that spurred a US investigation.

Jay Clayton, head of the US Securities and Exchange Commission, has signaled interest in stepping up scrutiny of SPACs.

But Jonas Grossman, head of Chardan, a bank specializing in SPACs, said the vehicles have been embraced, predicting they will “become even more competitive.” – Rappler.com