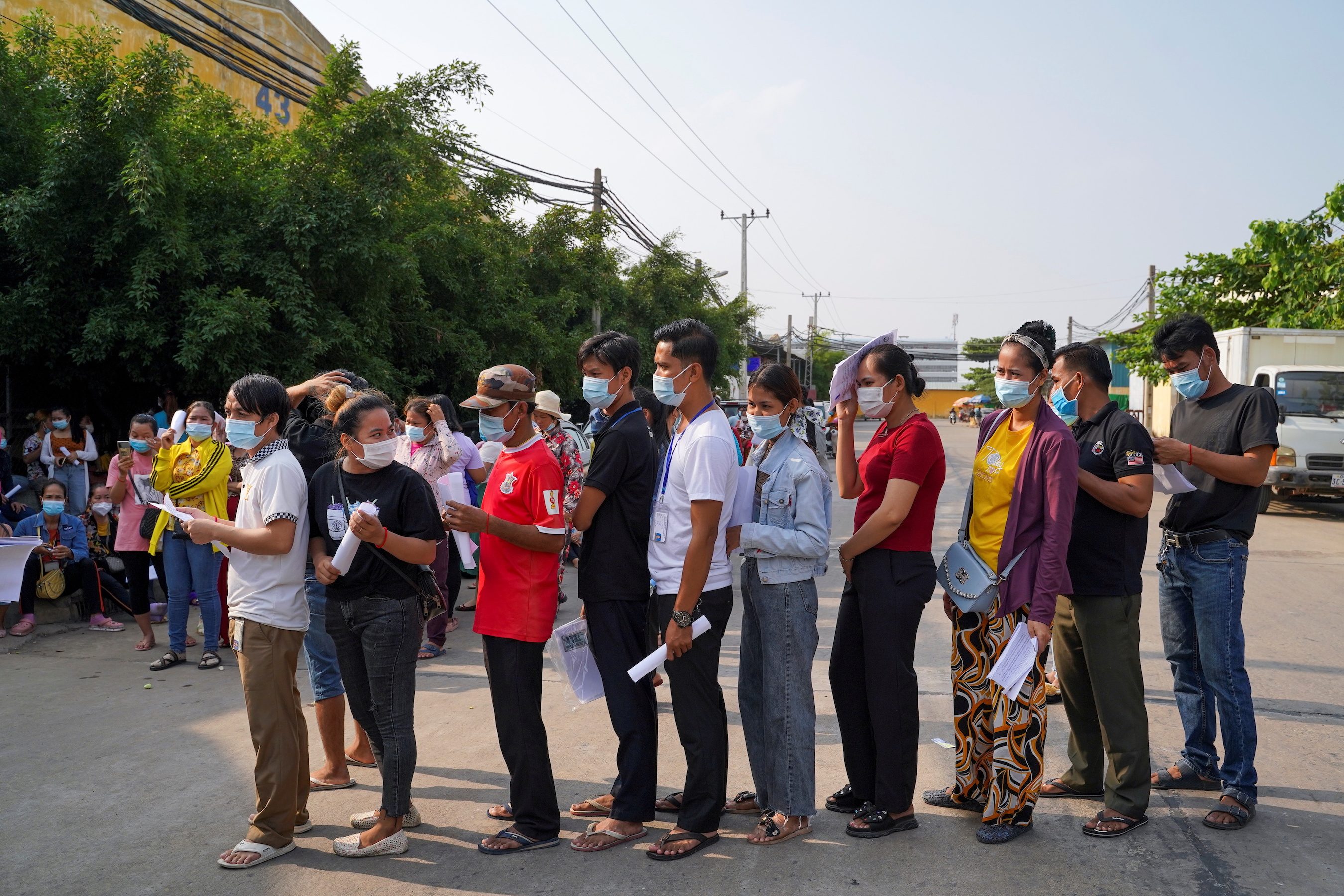 Facebook Twitter Copy URL
Copied
'Some garment workers have waited an entire year for their severance and can't feed their children,' according to the study's main author

Tens of thousands of garment workers who were sacked as the pandemic hit factory orders are owed millions of dollars in severance pay, with many struggling to feed their families as they wait, labor rights advocates said on Tuesday, April 6.

A study found 31 factories supplying clothes to leading global brands owed 40,000 laid-off workers about $40 million in severance pay to which they were entitled, the US-based Workers Rights Consortium (WRC) said.

“Some garment workers have waited an entire year for their severance and can’t feed their children,” Liana Foxvog, crisis response director at the WRC and the main author of the report, said in a statement.

“The long-term problem of repeated severance theft in the garment industry has reached a brutal crescendo during COVID-19,” she added.

The report was based on a sample of 400 factories in 18 nations that were either closed or saw mass layoffs during the pandemic. Of those, researchers were able to investigate and confirm payment violations in 31.

The WRC also found initial evidence that suggested workers in a further 210 factories had not been paid, but was not able to conduct further investigation to confirm non-payment.

Calling its findings “[the] tip of an iceberg,” the WRC estimated that garment workers in factories worldwide could miss out on at least $500 million in severance during the pandemic.

Manufacturers in major garment-exporting nations are legally required to compensate workers if they are fired without cause, but campaigners say workers often suffer when brands suddenly scrap orders – as they did when the pandemic hit.

While orders picked up in the second half of 2020, some Western brands demanded price cuts and delayed payments to suppliers desperate for any orders to survive, according to researchers.

Last month, a coalition of more than 200 rights groups urged brands to sign a binding agreement with unions to establish a global severance fund. It would cost brands less than 10 cents on a typical t-shirt, the coalition said.

Foxvog backed the call for such a fund.

“[It] is the only way to hold employers and brands accountable and ensure that fired garment workers are no longer robbed of the severance they have legally earned,” she said.

Mohammad Akash, 35, a Bangladeshi garment worker who lost his factory job in December, is yet to receive his severance pay of 36,000 takas ($425), and said he was struggling to buy food for his family.

“From riding rickshaws to working as a laborer, I did everything I could to earn money. It’s been hard,” he told the Thomson Reuters Foundation.

“I got a job at a local garment factory a week ago. But now the factory is closed because of the new lockdown. I’m worried I might lose this job as well.” – Rappler.com