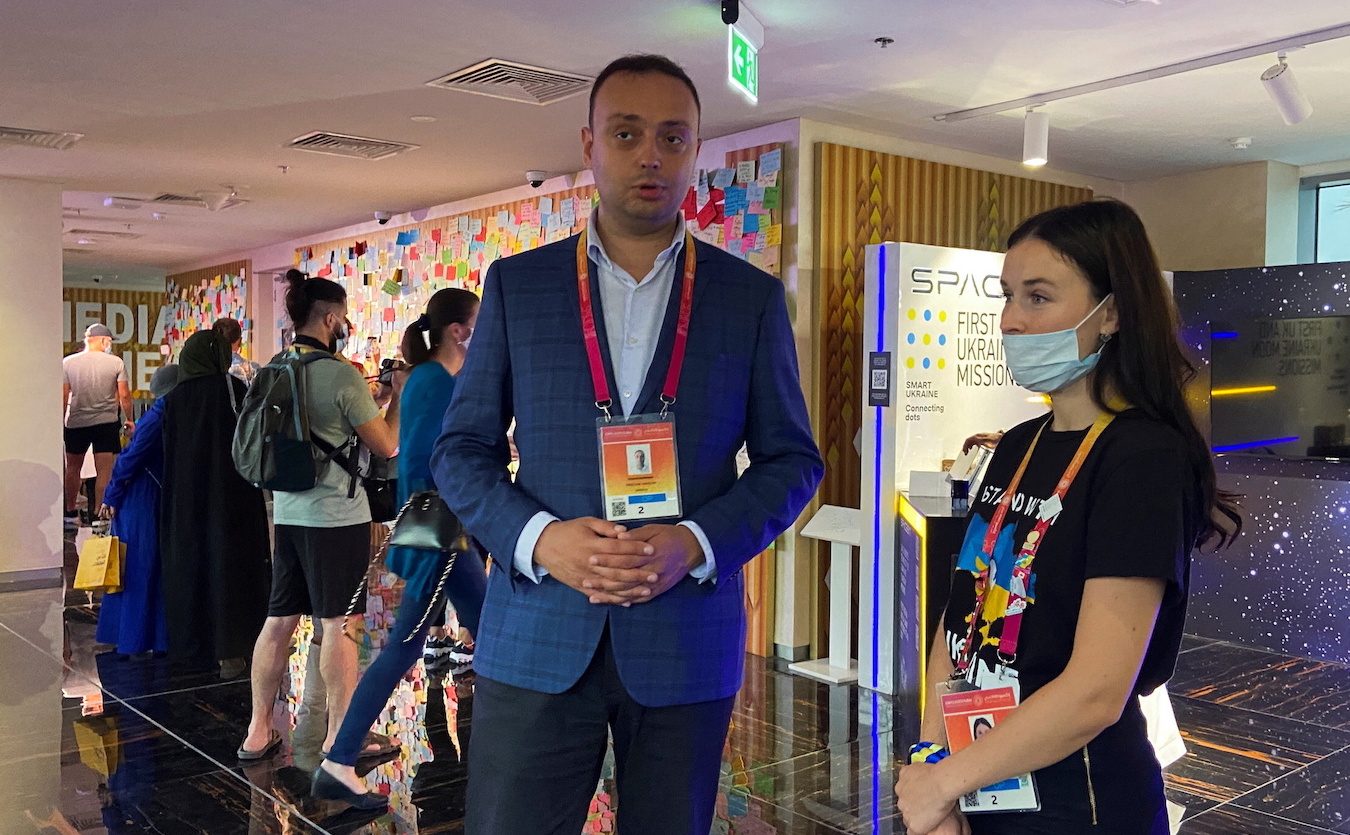 DUBAI, United Arab Emirates – Many Ukrainians working at their country’s Expo 2020 pavilion won’t be returning home at the end of the world fair in Dubai, as the disruption of war back home places their futures on hold.

While some were already living in the United Arab Emirates, many of the 40-member team were just in the country for the six-month exhibition, and now they don’t know what will happen to them when the event finishes at the end of March.

Following Russia’s February 24 invasion, many are unsure whether they can go home or how they will reunite with their families.

Ivan Sydorenko, who directs the pavilion, was supposed to go back to his family in April, but the war upended his plans.

“I haven’t contacted my parents for more than one week, because near Kyiv they have no internet connection, no electricity,” he said.

But there are small sources of comfort at the pavilion, where attendees have covered a wall in colorful post-it notes displaying messages of support and hope for Ukraine.

“Freedom shall prevail,” says one. “Stop Putin,” “We all stand with Ukraine,” and “No War,” read others.

“In the first day of war, the staff of the Ukrainian pavilion was crying all the time…but when this miracle [wall] began to appear we took a second breath,” said exhibition director Kateryna Moroz, 33.

It began with two messages from children, and then adults quickly followed suit, she said.

“Everyday when you come to the pavilion you understand that you have great support from all over the world because you can find here messages in different languages, from different nationalities,” she said.

“It warms your heart.”

Her son and husband fled Ukraine for Turkey ahead of the invasion but her parents are trapped in a town between the Russian border and Crimea.

When Expo ends Moroz will go to Turkey. Beyond that she does not know.

“What scares me the most? The future, the future of my country, and of course the future of all my friends and relatives,” she said. – Rappler.com