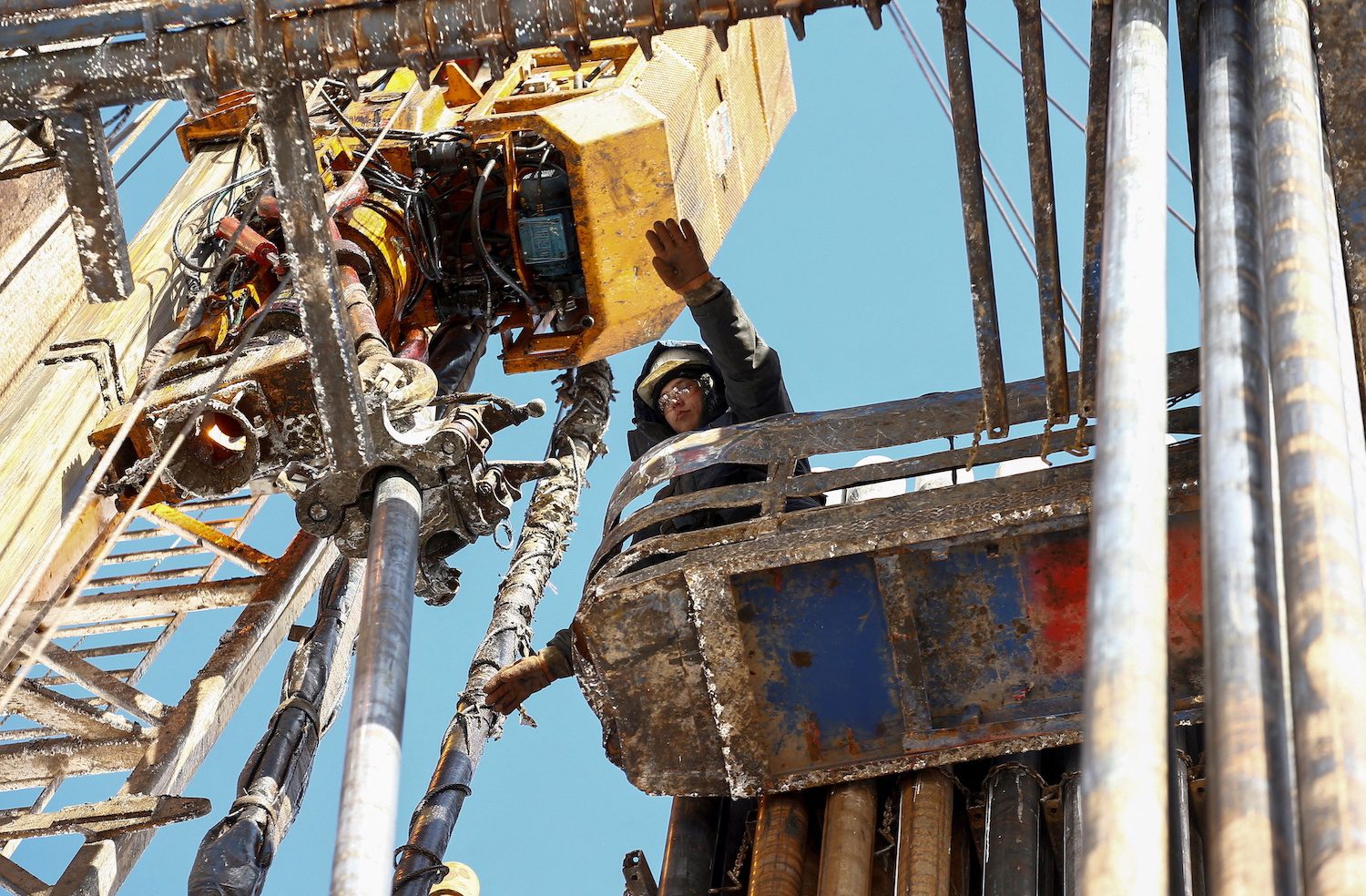 Facebook Twitter Copy URL
Copied
United Arab Emirates Energy Minister Suhail al-Mazrouei says it is difficult to predict the impact of geopolitics on oil prices, but he does not expect Russia to invade Ukraine

CAIRO, Egypt – Tensions between Russia and the West are driving oil prices, rather than the kind of fundamental fuel shortage that would justify accelerated output increases from the Organization of the Petroleum Exporting Countries and allies (OPEC+), United Arab Emirates Energy Minister Suhail al-Mazrouei said on Monday, February 14.

“It looks like it is not supply and demand,” he told reporters on the sidelines of the Egypt Petroleum Show. “The major hike is geopolitical tensions, that is what is causing prices to be where they are today.”

Mazrouei said monthly production increases of 400,000 barrels per day (bpd) from OPEC+ have helped to meet growth in oil demand.

“If we have to do more, we have to look at fundamentals and technical data,” Mazrouei said, when asked if OPEC+ should add more oil to the market.

Brent crude prices rose to a peak above $96 a barrel on Monday, the highest in more than seven years, in response to fears a possible Russian invasion of Ukraine could trigger US and European sanctions that would disrupt oil exports.

On Monday, Egypt TV reported the IEA’s Executive Director Fatih Birol urged OPEC+ to close the gap between the amount of oil it has pledged to produce and its actual output.

The IEA said the OPEC+ alliance missed its production targets by 900,000 bpd in January.

Mazrouei said it was difficult to predict the impact of geopolitics on oil prices, but said he was among those who did not expect Russia to invade Ukraine. Russia has said it does not plan to do so.

“I don’t think we need to escalate more than what is said. And what we hear is that there is no intention for invasion and that I think is comforting,” he told a panel.

He also said that if the tensions resulted in supply disruption, producer nations did not have the capacity to compensate.

“No one in [OPEC+] can replace that production,” Mazrouei added, referring to potential disruption of Russian supplies. – Rappler.com